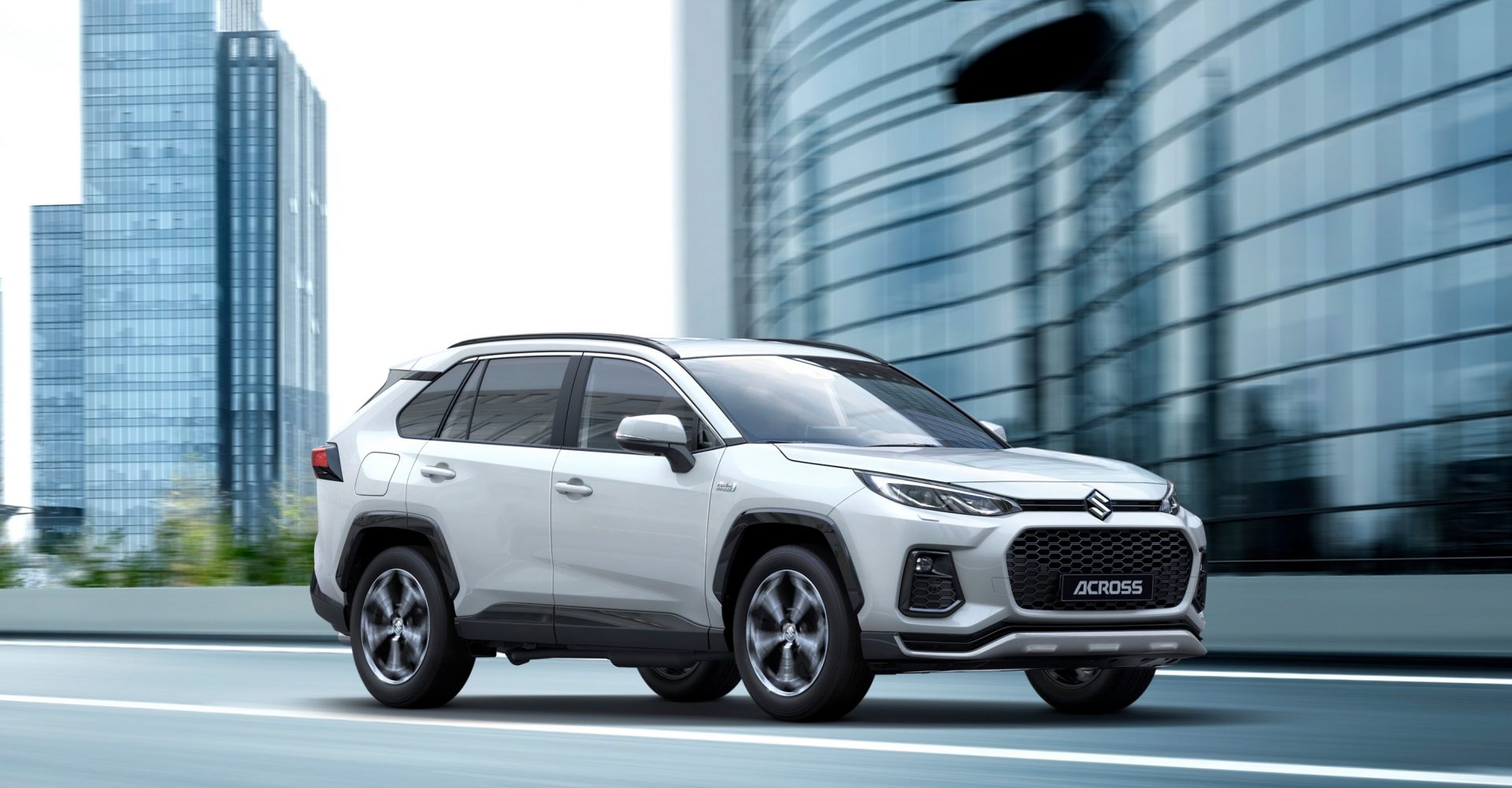 Suzuki has revealed its latest SUV – the Across.

Essentially a rebadged version of the Toyota’s RAV4 – after Suzuki recently partnered up with the firm to develop electrified vehicles – the Across is expected to go on sale this autumn.

There are some distinguishing features between the Across and RAV4, with new front and rear bumpers, as well as redesigned LED headlights and 19-inch alloy wheels helping to separate the two.

The cabin benefits from a multifunction steering wheel, while the cabin is centred around a nine-inch touchscreen infotainment system which houses media functions and satellite navigation. Both Apple CarPlay and Android Auto are fitted too.

Underneath the bonnet sits a 2.5-litre four-cylinder petrol engine which is linked to a 18.1kWh battery pack and an electric motor fitted to each axle. Suzuki says that the total system output is 180bhp and 270Nm of torque, while the Across will be able to travel up to 47 miles on solely electric power.

Suzuki has been keen to fit some level of off-road ability too, which is why the Across features a Trail setting – this can send power to the wheels with the most grip enabling it to tackle difficult terrains and conditions easily.

Distinct driver settings allow whoever is behind the wheel to tailor the car’s setup to specific settings and allow the car to run in either hybrid or fully electric modes. A ‘hold’ function has also been incorporated in order to save charge for later in the journey, such as when travelling through a city or urban area.

Prices for the Across are yet to be announced, but they’re likely to be in the same region as the RAV4’s £33,450 entry price.