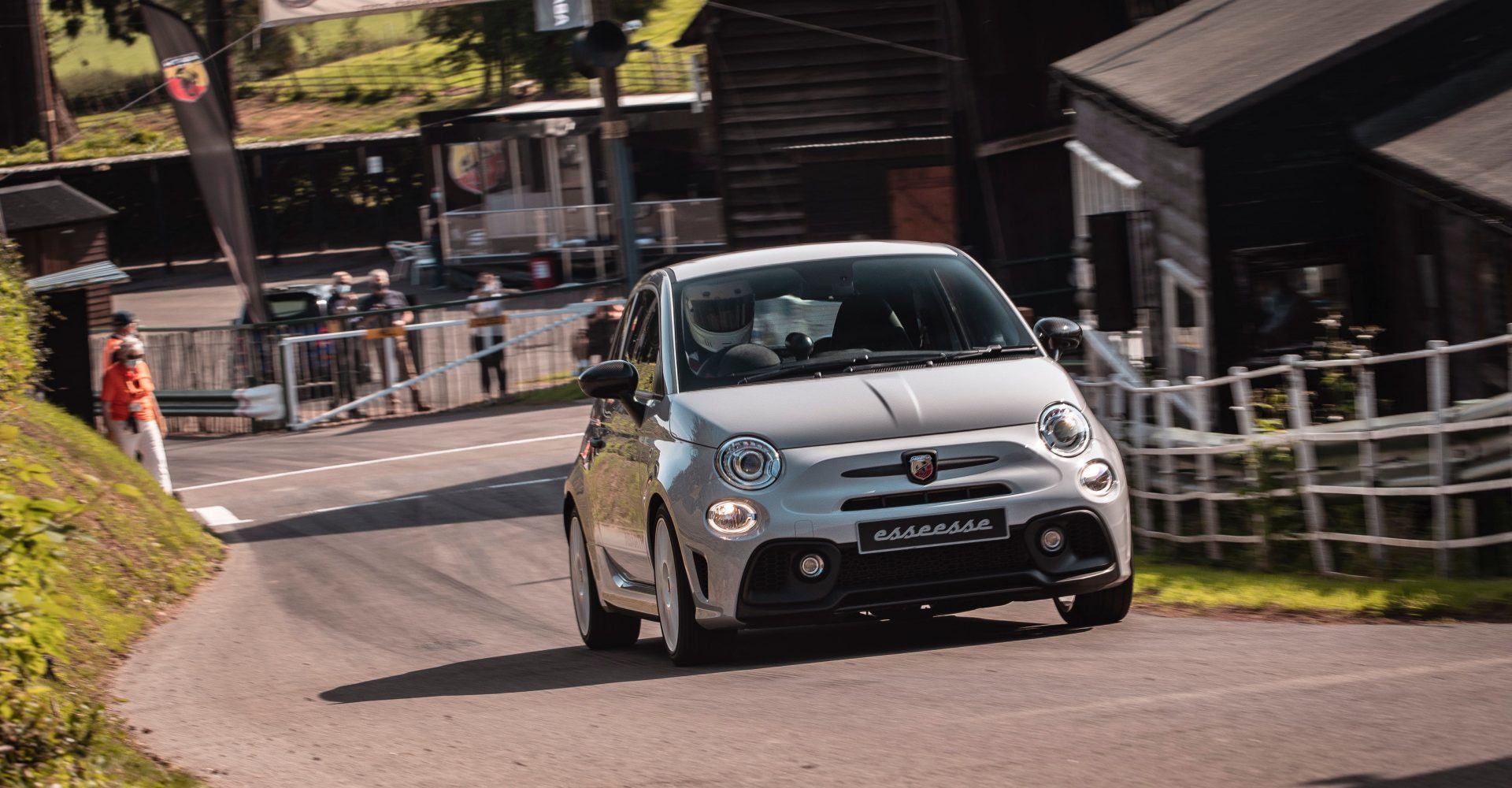 It can be a strange job this one at times. That’s certainly what we’re thinking as we’re enjoying a walk up a crazily steep bit of tarmac in a lovely part of Worcestershire, exactly mirroring the walking line of our instructor for the afternoon – think a grown-up’s version of follow the leader and you get the idea.

Yes, welcome to the world of hillclimbing. But no, this isn’t the art of walking up a hill (as self-explanatory as it might seem), but rather driving a car up a gradient instead. And as this is a form of a motorsport, the aim’s to do it as quickly as possible.

Famous racing hillclimbs include Pikes Peak, that weaves through the Rockies over in America, along with Goodwood’s iconic hill which is used during the Festival of Speed.

But here we are Shelsley Walsh – the longest-running unchanged motorsport venue in the UK – which has been in near-constant operation since 1905, with the exception of the two world wars.

While it’s usually single-seat racers that head up this 1,000-yard stretch of tarmac, our steed for the day is something a bit more humble – an Abarth 595 hot hatch.

So with an Abarth at our disposal, why exactly are we walking, rather than driving, up this hill?

Well, it’s all about learning the lines, which is much easier to do at a walking pace than at near-motorway speeds. We’re looking for the yellow markers which signal when to turn in. At the same time, you can’t help but notice huge tyre marks going into straw bales, or worse a rather steep drop at the opposite side.

Yes, things quite often go wrong with hillclimbing, and unlike a typical track, you don’t have a run-off or gravel to help save any impact.

After enjoying more exercise than we’ve done for some time, it’s time to head back down to the paddock area at the bottom, where there’s a colourful line-up of Abarths waiting for us. Our steed for the day is the 595 Esseesse (pronounced ‘essay-essay’ in your finest Italian accent) which sits at the top of the 595 range, and is arguably the best-suited model to this hillclimbing business.

With its Brembo brakes, sportier dampers and mechanical limited-slip differential, it’s the most performance-oriented of the Abarths, and also looks mega in its Campovolo Grey colour and white 17-inch alloy wheels. It also comes with a punchy turbocharged 1.4-litre petrol engine enabling a 0-60mph time of 6.5 seconds and a claimed top speed of 140mph – though we wouldn’t be getting closer to the latter figure up this hill. You also get a performance Akrapovic exhaust.

Lined up on the hill, we’re a bit nervous, to say the least. It’s quite different walking up a hill to thrashing a car up it and the worry about forgetting everything you’ve just learnt beckons.

To allow for a swift getaway, a marshall puts a wooden ‘chock’ under the back wheel, and with the lights turning green, off we go. It’s a brilliantly smooth, flowing piece of tarmac, with the sections of track coming in this order – Start, Kennel, Crossing, Kink, Bottom Ess and Top Ess, before a straight that heads right to the top of the hill. Until you get to ‘Esses’, there isn’t really a need to brake, either.

The first run is a rather steady one – ‘learning the track’ is probably the diplomatic way to describe an underwhelming 46.17 time. This comes just after we’ve been told the quickest time up Shelsley is just 22.58 seconds, set by a Gould GR55NME – a car specifically built for hillclimbing. While it’s clear we won’t be beating that, something a bit closer is the aim…

After all six Abarths have got the top, all spaced out just in case there is an accident – which thankfully there isn’t – everyone heads back down in convoy. So, while it’s not a race as such, nobody wants to come last, do they?

The second run is a better one as the lines become clearer and how to use the yellow markers starts to make more sense. We’re pretty impressed with the time (which turns out to be 43.85 seconds), but it turns out our instructor Gary Thomas isn’t quite so pleased. We’re braking too early – the most common mistake up Shelsley, he says – and not ‘straight-lining’ the first bit as we should be. Must try harder.

Taking the advice on board, there’s a noticeable improvement as a second is shaved off the time (now 42.82 seconds). The next three are all similar, with times of 42.76 seconds, 41.9 seconds and 42.03 seconds. But we’re still not happy with a particular performance, as there’s always something that messes up a hillclimb.

With our final run approaching it’s time to try and get our best time up the hill. With Thomas carefully watching everyone’s driving and giving final advice to try and get us our best performance.

His advice couldn’t be more blunt for us. “Is this your car”. “Errm, no,” we hesitantly reply. “Well what have you got to lose then? Push it to its absolute limit.” Understood.

Up until now, it’s been the actual start that’s the biggest letdown. Next to everyone else speeding away off the line in front of us, ours keeps feeling a bit disappointing. So with the knowledge that we probably won’t get to do a hillclimb again (or at least for some time), it’s the final chance to perfect this. As the lights go green, the 595’s wheels spin up and it feels like progress as we speed up the first section of track, if a bit wide on the first corner, but aside from that, the rest of the run is one we’re happy with.

As the hillclimb closes for the day, the Abarths are returned back to the paddock, all ticking away after some brutal abuse but performing brilliantly. If ever there was a setting to show one of these sporty hot hatches up at its best – an enthusiastic drive up Shelsley Walsh is it.

We leave hoping that this isn’t our final taste of hillcimbing, as well as with a prize for being the ‘Most Determined Driver’. Quite what the word ‘determined’ means in this context or how we earned it, we’re not entirely sure…