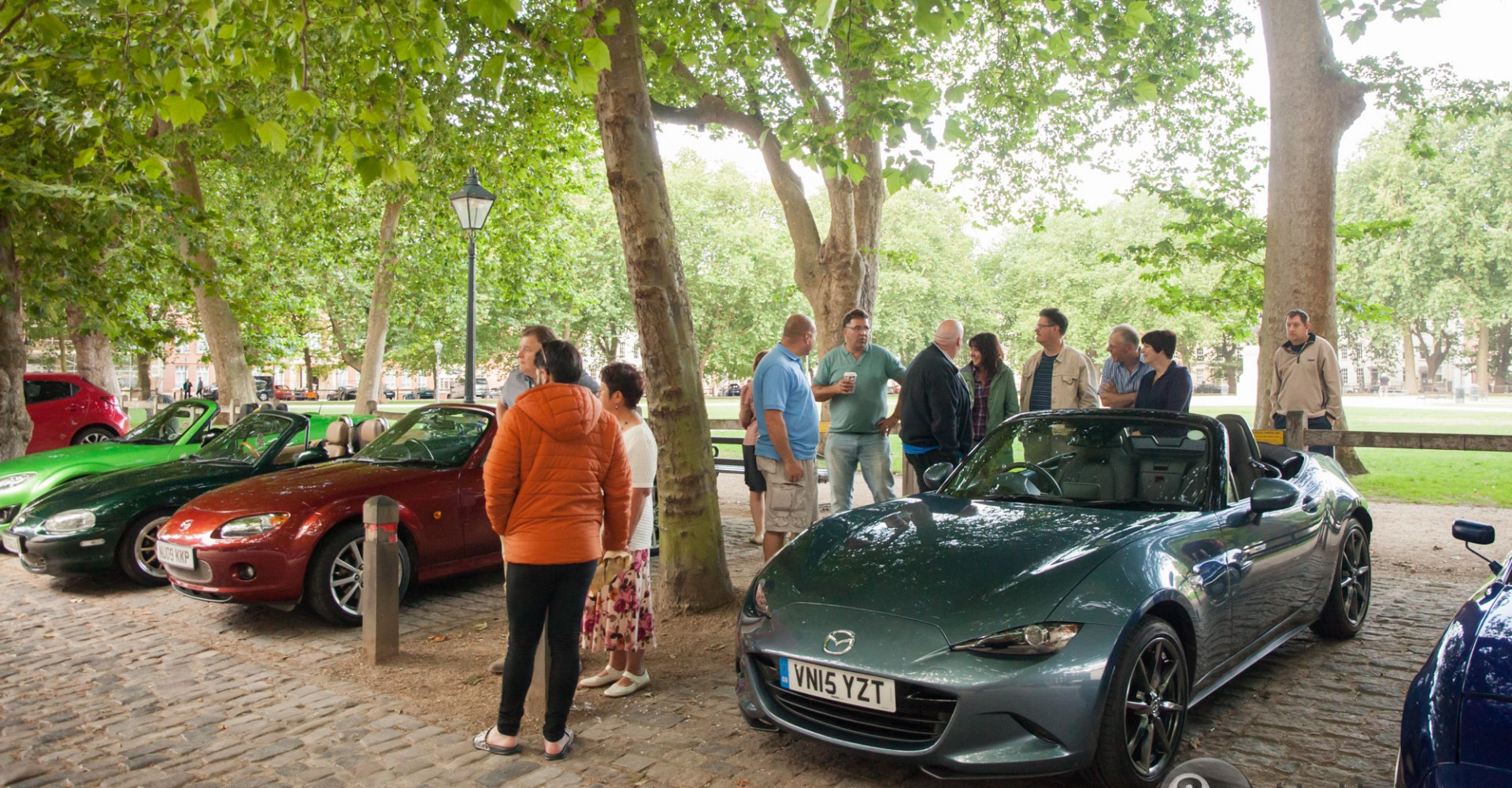 The Mazda MX-5 has a thriving owners’ club full of people who love their little roadsters more than most people love their partners.

As a treat for the MX-5 lovers, we drove down to sunny Bristol on a Sunday morning with the all-new fourth-generation Mazda MX-5 so they could have a good nosey around. 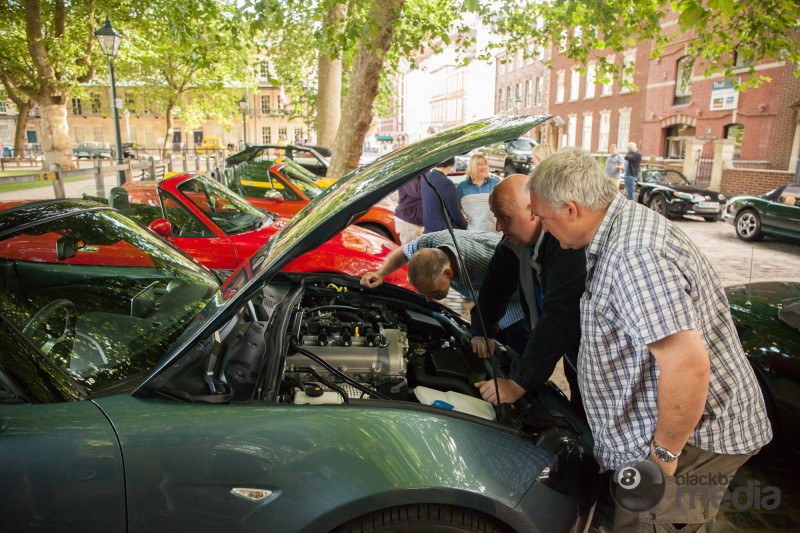 While we were there, we decided to have a chat with them about their pride and joys and have a good look around their cars as well. Here’s some of the lovely people we met. 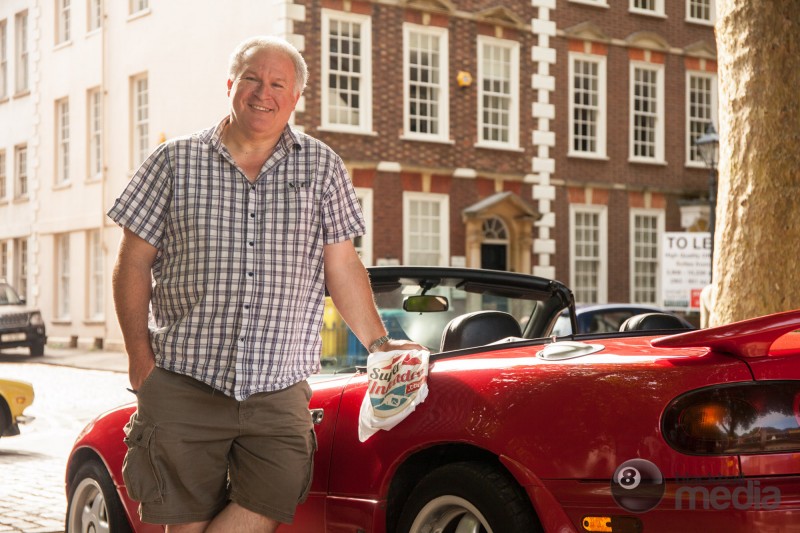 David’s MK1 MX-5 has a BBR turbo kit which set him back £3,500 to have fitted. He also has headrest speakers installed so he can enjoy his music with the roof down. 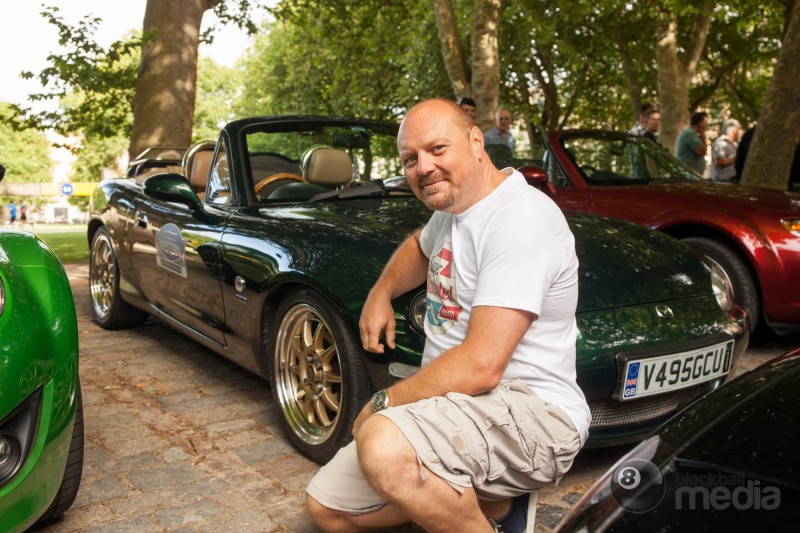 Bought as a project three years ago, Jeff has created an MX-5 that is just right for him. With a new set of wheels, all the rust cut out and a lowered suspension it sits low and pretty. 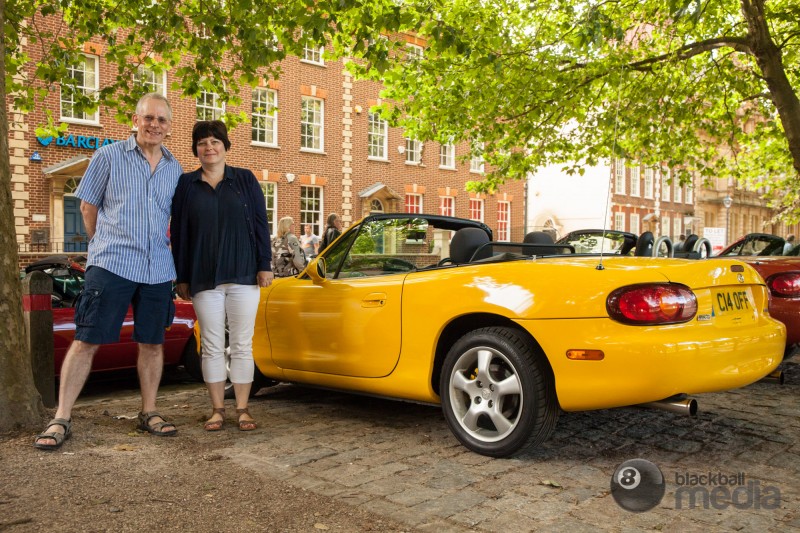 This is an example of a Mazda MX-5 Mk2 California that is kept as original as possible. It is used as their everyday car and they both enjoy top-down motoring as much as they can. 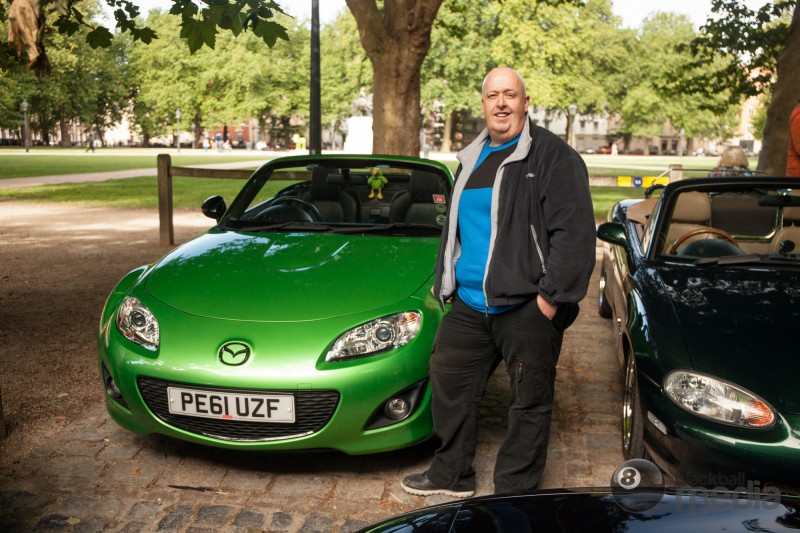 Neil has owned a lot of MX-5s, mainly Mk1, but now owns a MK3 in sprited green and absolutely loves the colour and how it handles. He has tried other cars but nothing comes close to the two-seated Mazda, he says..

Behind Chad is his Mk1 Monza Limited Edition that he uses as a play toy rather than an everyday car. He picked British Racing Green as a colour as he thinks that is the best option for the car.

Liz is known locally to always have the roof down no matter what the weather! It was given to her by her husband who surprised her after she was caught gazing longingly at one in a car park. 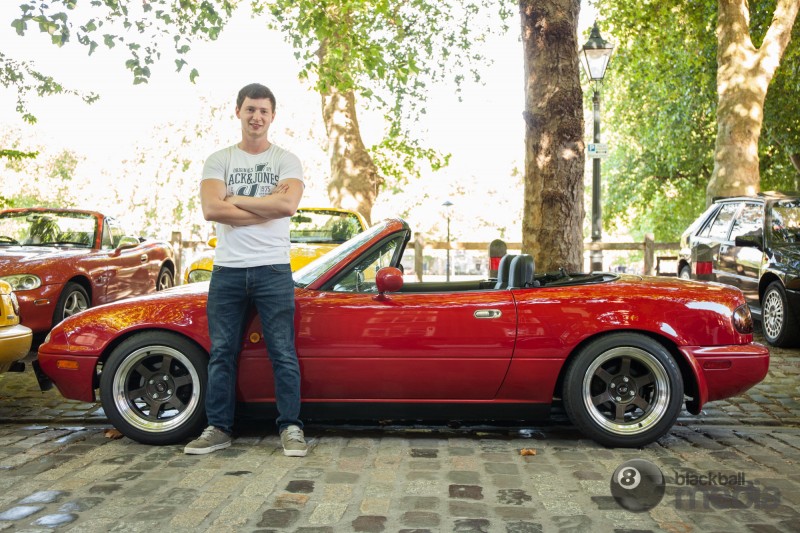 This MX-5 was sat in a garage for 15 years before Ryan purchased it with the objective to customise it. He plans to put a roll cage in the back to stiffen the chassis and repaint the whole car in a deep red. 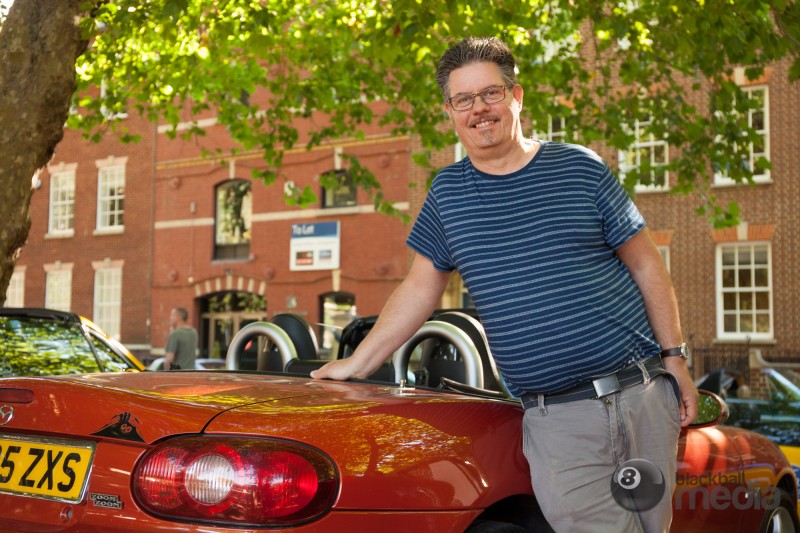 To make Tim’s MX-5 different he has added some rare stickers to the car. At the back, a zoom zoom badge can be seen which he purchased from a man in Australia after the MX-5 badge fell off. 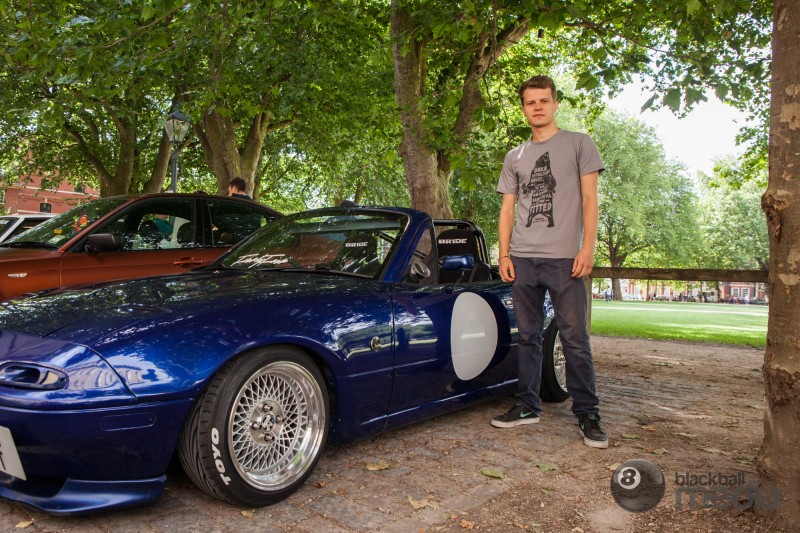 Under the bonnet there has been a full engine rebuild to make sure it runs as smoothly as possible. Inside there are some Bride seats for added comfort and support as it is used as a daily car, though he does like to drift it as well. Naughty. 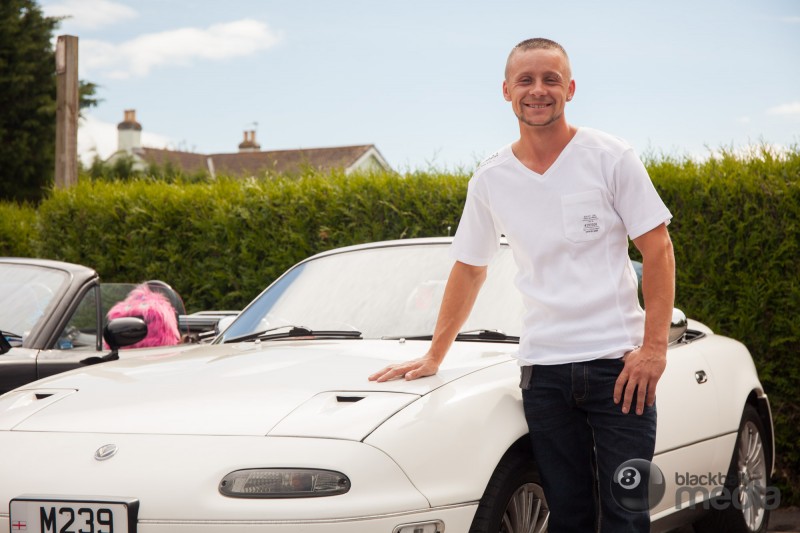 Despite having a full engine rebuild and countless extras inside, Tony is not finished and plans to add side exhausts and will smoke the exterior chrome lights. 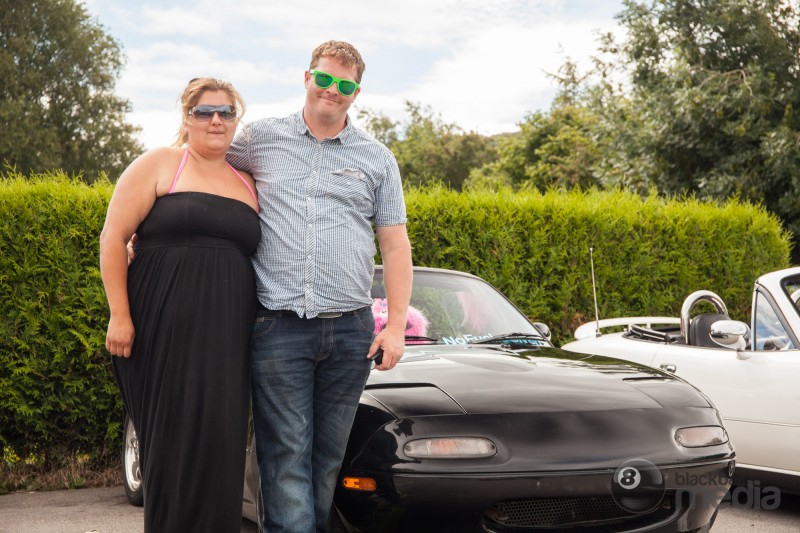 Ed’s MX-5 produces between 130 – 140bhp which he plans to raise to 160bhp as soon as possible. He has added some stickers which his boss doesn’t like (very sweary) but he insists it’s good for a laugh and attracts attention.