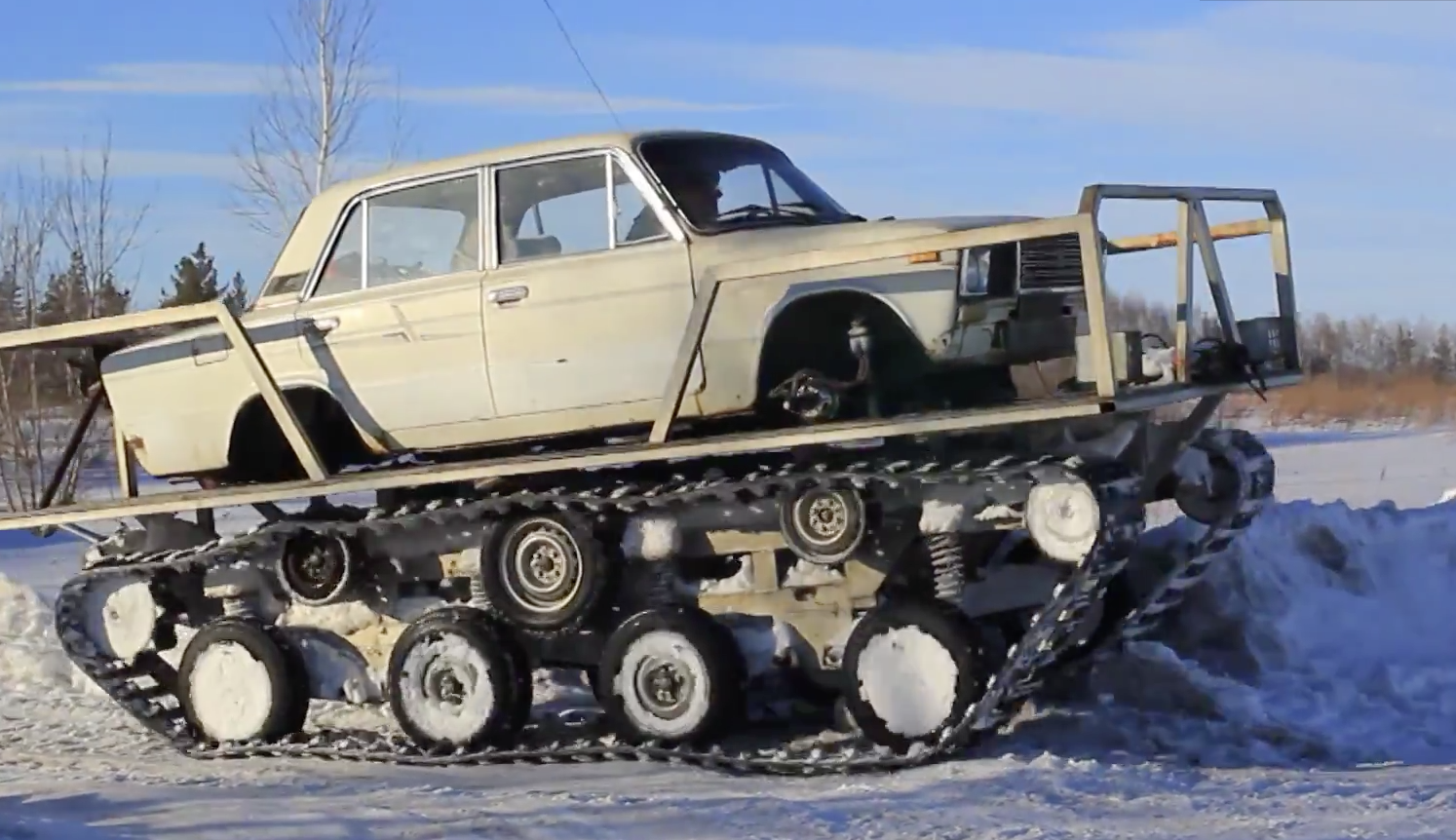 What happens when you leave a Russian engineer on his own for too long in a snowy steppe? Tank Lada!

This creation is the brainchild of Pavel Shavrin, an engineer who lives near Magnitogorsk in the Chelyabinsk region of Russia – the one famous for the meteorite in 2013.

Shavrin apparently decided he needed a better way of getting around in the winter and decided to build this somewhat agricultural off-roader that he calls the Wolverine.

We’re not sure whether it shares its X-Men namesake’s regeneration capability, but there’s certainly a lot more metal than there should be originally.

At a cost of around £1,000, Pavel modified a Lada Riva, the long-lived Russian alternative to the Fiat 125, into this gloriously silly and rugged piece of kit. With a style of its own – let’s call it Commupunk – it isn’t quite the equal of the Sherp we featured earlier in the week, but we admire his efforts:

Let’s hope he doesn’t take it out on to the road though, or else he’ll feature on a crazy Russian dashcam before long…