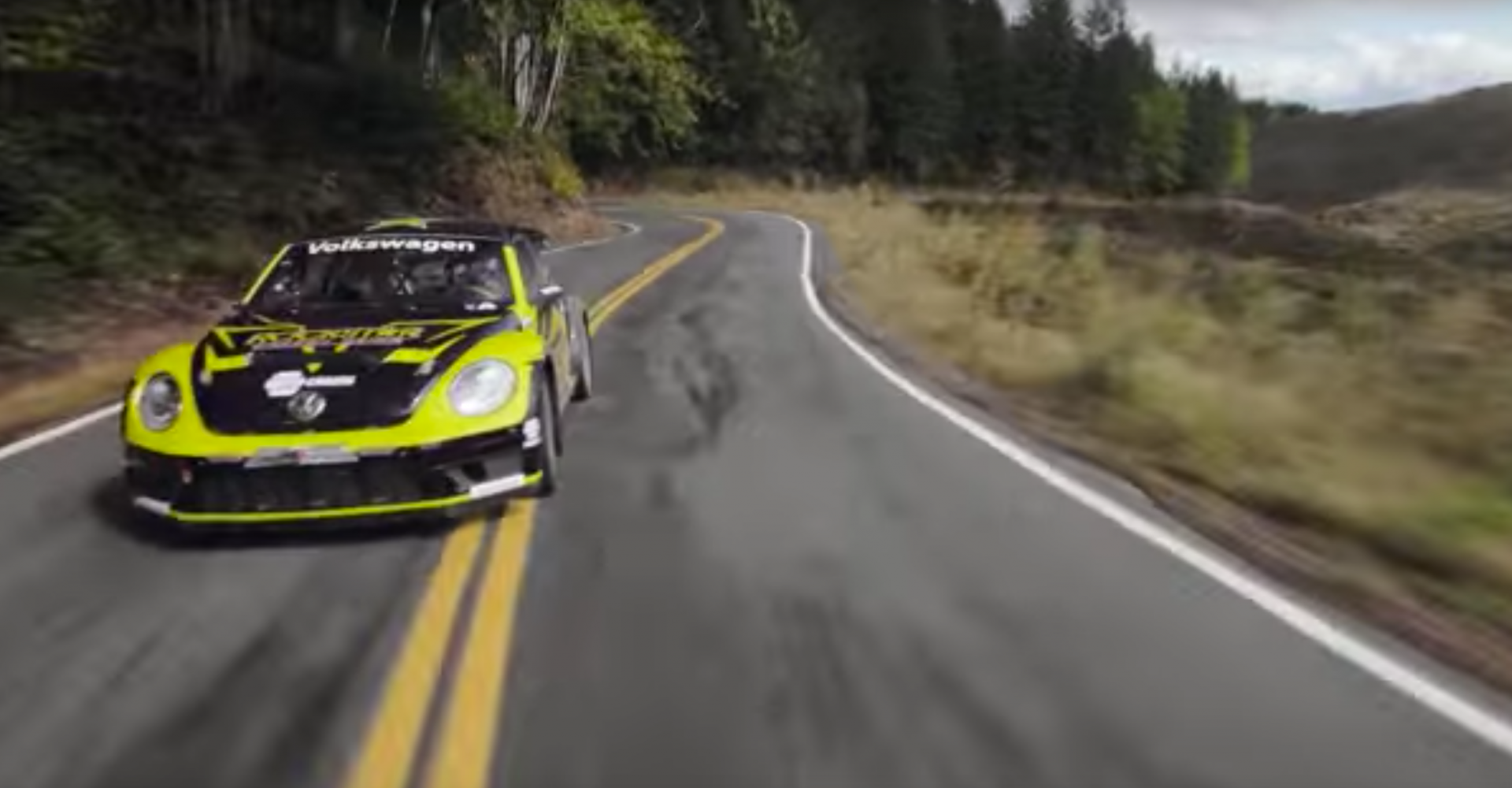 Where cars are concerned, Tanner Foust has done rather a lot.

Not only is he a stunt driver, a nine-time X Games gold medallist and a former host of the American spin-off of Top Gear, he also competes in the Global RallyCross Championship in this ballistic Volkswagen Beetle.

Now the purveyors of high-octane auto videos Donut Media have released the following film of Foust blasting the Beetle down a closed public road in Portland, Oregon.

And oh boy, is it exciting.

Check out the full white-knuckle forest run below.