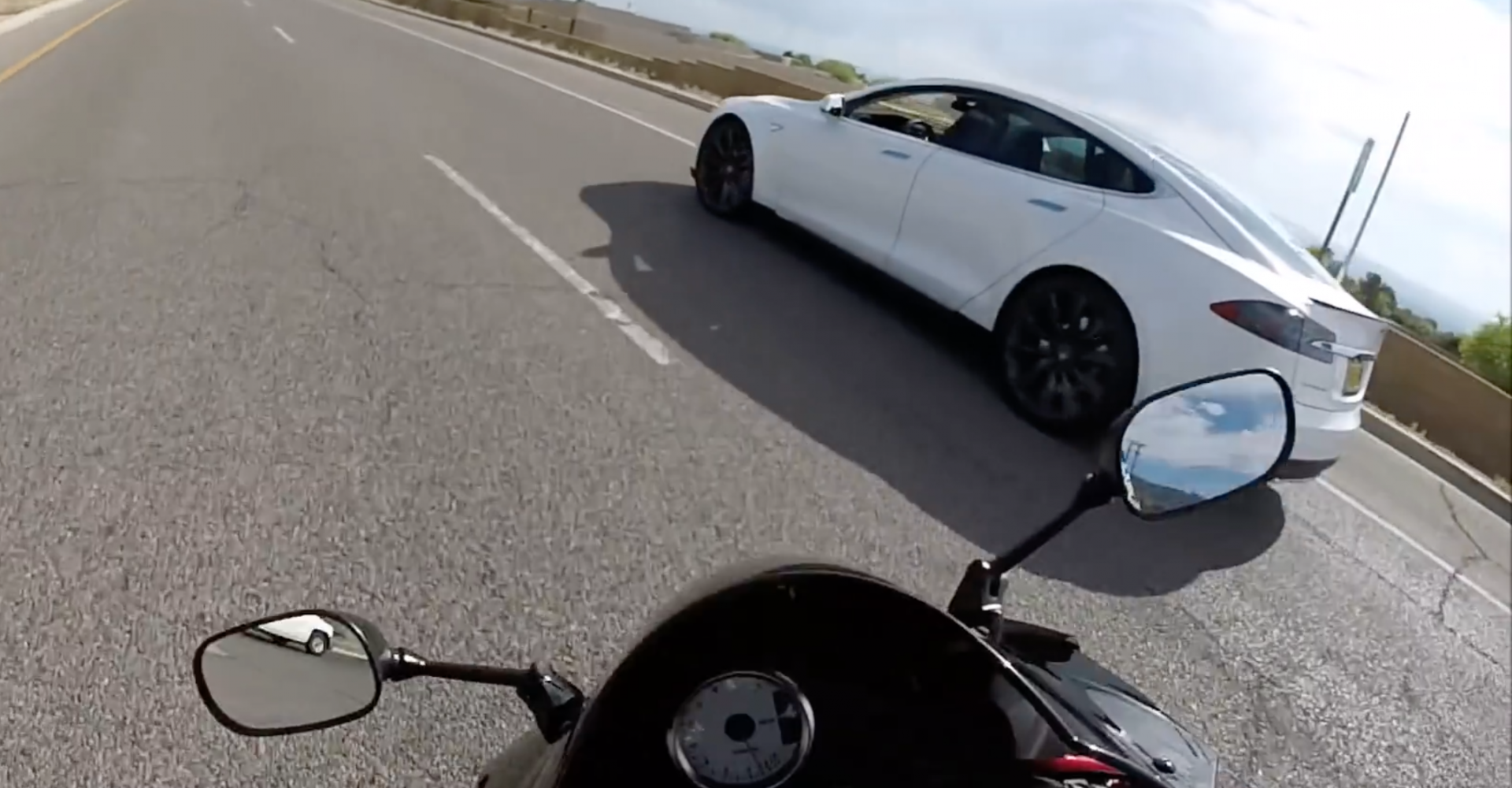 We bikers are a proud breed. We like to think that we can beat absolutely anything off the start line, and we’re often (always) right.

So when motovlogger BreakingMoto pulled alongside a white saloon on an American highway on his 600cc Kawasaki Ninja, it should have been an easy win, right?

Wrong. The car in question was in fact a Tesla Model S P90D Ludicrous, driven by fellow blogger Tesla Dude. And yes, it was in Ludicrous mode.

After a brief exchange of pleasantries, the pair set off, and within a second our biker had fallen behind, with a sweary exclamation.

He laments his choice of gearing, before catching up with Tesla Dude, who suggests a rematch.

Yet again, the Tesla proves just why it is renowned as a supercar rival, leaving the 1,14bhp Ninja standing.

A final, last-ditch attempt proves just as unsuccessful, and the biker admits defeat while turning the air blue again.

More pleasantries exchanged – these guys are strangely nice – and the biker continues on his way.

Realistically, the Ninja had no chance against the Tesla, which produces 713lb-ft of torque from 0 revs against the bike’s 48lb-ft at almost 12,000 revs.

But we expect he raced a Prius on the way home to remind himself that he really is (almost) the quickest thing on the road.