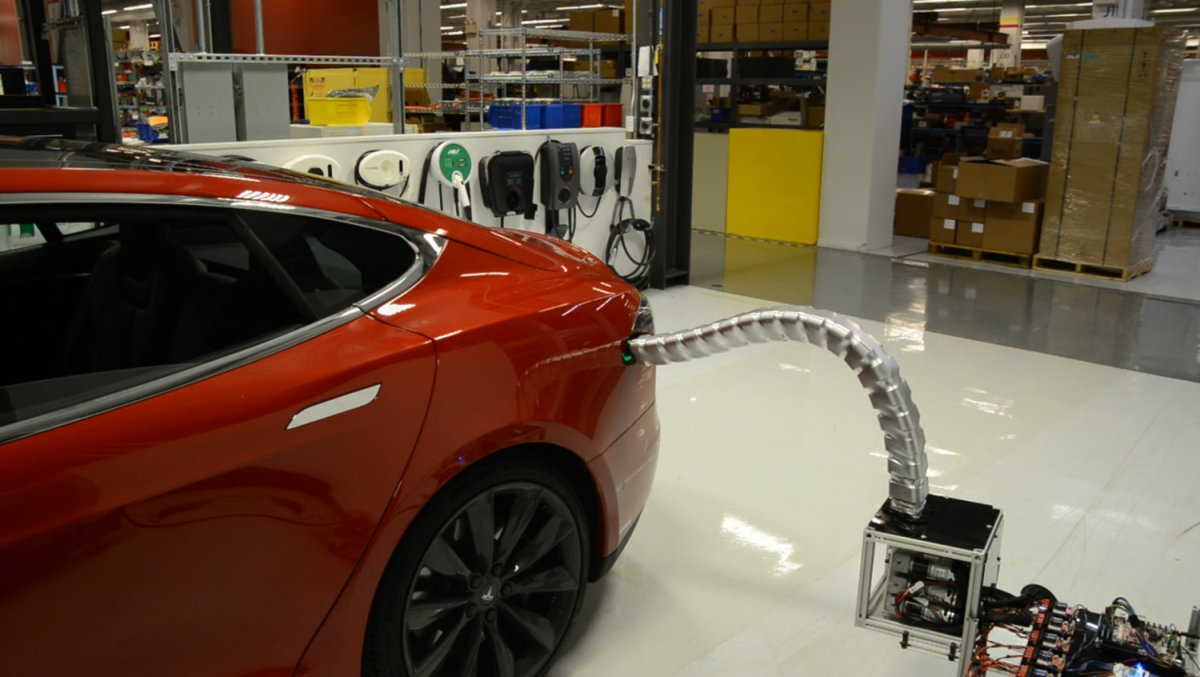 Snakes alive! This is seriously creepy.

Originally announced as being in development last December, Tesla’s automatic charging system has finally been revealed to the world – and the world has been left seriously spooked.

Back then, Elon Musk, Tesla Motors’ chief executive officer and product architect, said it would be like a “solid metal snake”. And that’s exactly what’s been delivered: a metal “snake” that seeks out its “prey” in the form of a charging port all by its very clever electronic self.

See a prototype bend and twist all serpent-like then insert itself into a Model S below: