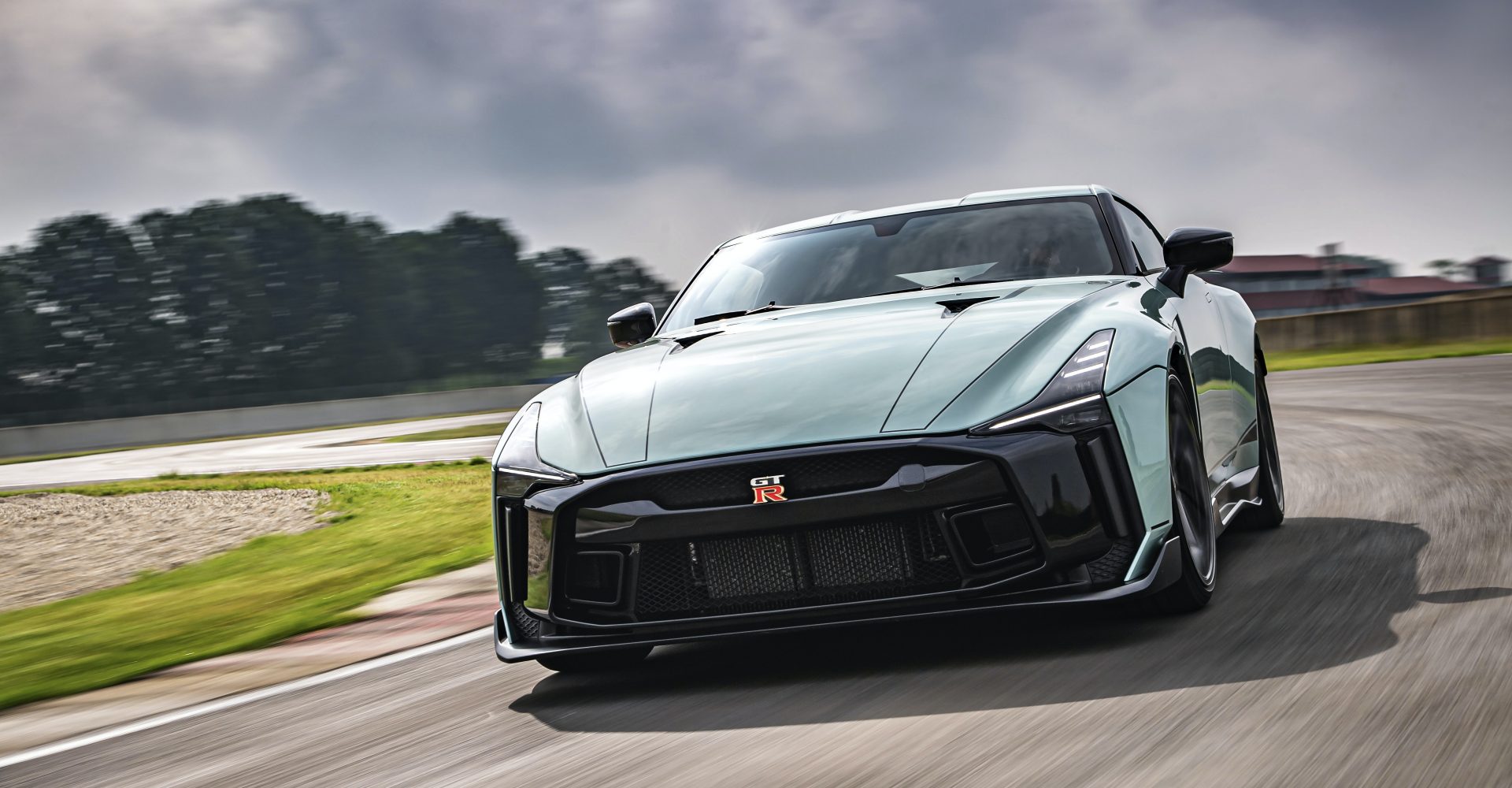 A heavily modified Nissan GT-R, which has been overhauled by an Italian design studio, has entered production ahead of customer deliveries beginning later this year.

Called the Nissan GT-R50 by Italdesign, it’s based on the top-tier GT-R Nismo and will be limited to just 50 examples. It has been built to celebrate the 50th anniversary of the GT-R badge and Italdesign.

The standard GT-R Nismo starts from £175,035, but the Italdesign upgrades rocket the price up to £883,000 before taxes and options.

The special edition was first shown in concept form in 2018, but it has made it to production in largely the same design. It keeps many of the same design cues but in exaggerated form, such as the massive front grille and slim headlights up front, while the rear end has the iconic circular taillights. It’s longer and wider than the standard car, but with a 54mm lower roofline.

It uses the same 3.8-litre twin-turbo V6 as normal GT-Rs, but this has been heavily modified to make 710bhp and 780Nm of torque, up from the Nismo’s usual 592bhp and 652Nm. Upgrades include race-specification turbochargers, a larger intercooler, uprated exhaust and improved engine components.

The Nissan GT-R50 by Italdesign had originally been planned for release at the Geneva motor show in March, but it has been delayed after the event was cancelled.