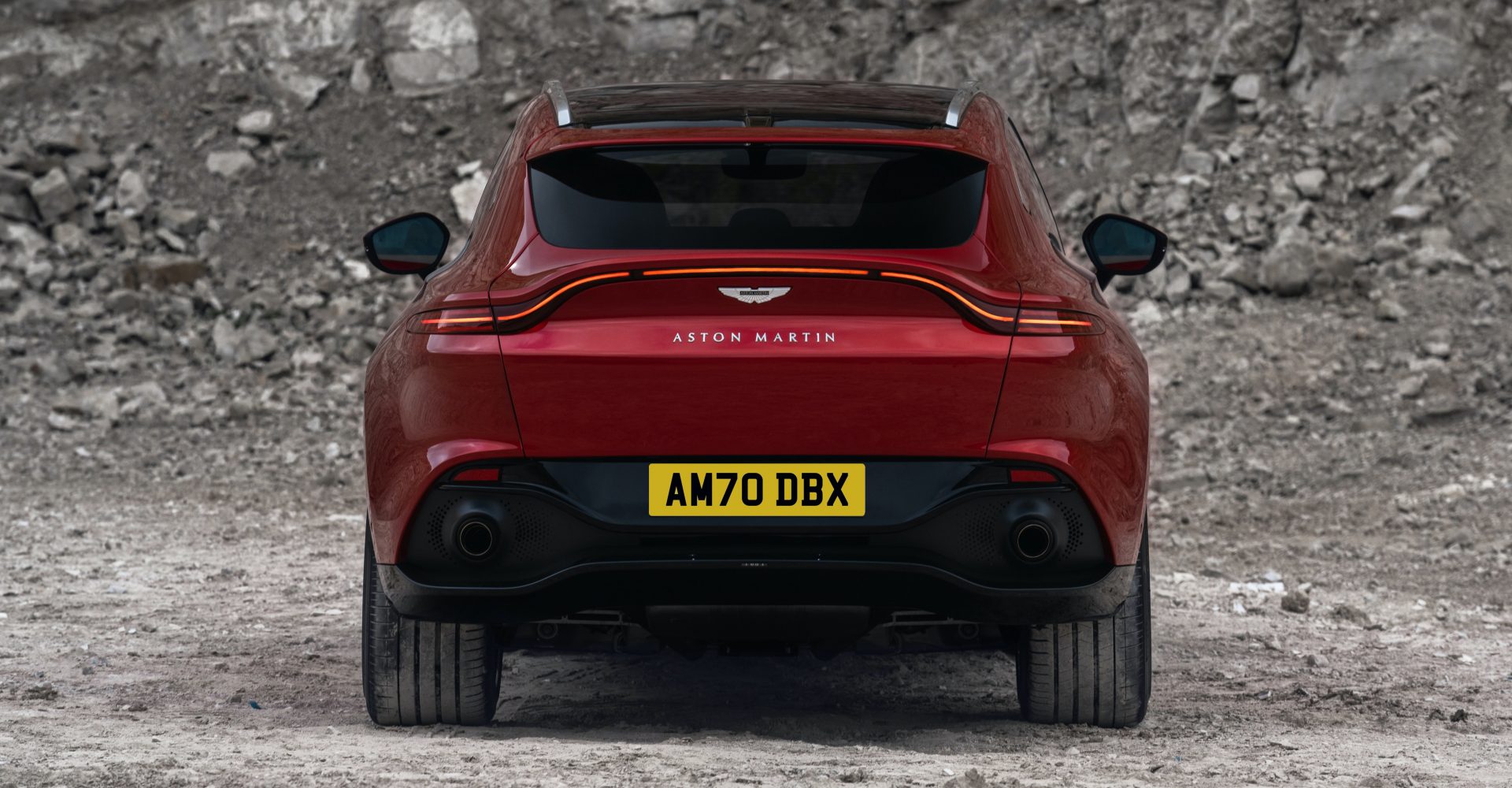 With September just around the corner, it means the new ‘70’ registration is nearly here.

Even with the ongoing coronavirus crisis, manufacturers are pushing forward with their new models, with a whole host of new metal just arriving in showrooms.

But which are the best new models to get your new 70-plate on? Here, we’ve picked our favourites from most manufacturers selling cars today…

Following in the footsteps of the standard Giulia saloon, Alfa Romeo has just updated its hot Quadrifoglio model. On looks alone, you might not realise, but welcome changes have been made to the quality of the interior, while new advanced driver assistance technology is available too.

In a similar vein to the Giulia, Alfa Romeo’s also used the same brush on the hottest version of its Stelvio SUV. No changes have been made to its stunning 503bhp 2.9-litre bi-turbo V6, but nor did it need any.

Aston Martin’s first SUV – the DBX – has been an awfully long time coming, but with the first examples recently rolling off the Welsh production line, it’s finally here. This British car maker has been having a financially troubling time recently (even before Covid-19 broke out), so the DBX is key to Aston Martin’s survival.

With the Volkswagen Group hatchbacks all being updated for 2020, the most premium of the lot – the Audi A3 – is also new for 2020. The firm’s best-selling model gets a striking new look, a far more modern interior and new mild-hybrid powertrains to maximise efficiency.

It’s a testament to Audi’s range that the latest Q5, which arrived in 2017, is now one of the firm’s oldest models. So for 2020 it’s been updated with a new look, a new touchscreen infotainment system and also LED lights that change sequence depending on what driving mode you’re in.

Audi’s had plenty of success with the e-tron – its first EV. And recently a new Sportback version has come along to join it. While featuring much the same tech and powertrain choice as the standard model, this new version gets a curvier coupe-like look.

The Bentley Bentayga arrived in 2016 as the firm’s first SUV, and it soon became the firm’s most popular model. And with fresh opposition in the luxury SUV segment from the Rolls-Royce Cullinan, a revised version is now here boasting a more modern look and a new 10.9-inch touchscreen.

BMW’s huge grilles – as seen on the X7 and 7 Series – have proven controversial. But they don’t look to be going away, with the German firm leaving jaws dropped when it unveiled its new 4 Series Coupe back in June – its enormous grille proving the key talking point.

One of BMW’s most popular cars – the 5 Series – has also had an update in time for the plate changeover. Thankfully the styling isn’t as divisive, with the key changes being a larger touchscreen and more plug-in hybrid powertrains.

The M2 is already regarded as one of the best driver’s cars around, but BMW wasn’t leaving it at that – hence a new CS version for enthusiasts to get their hands on. With power up by 40bhp, along with various weight savings and performance tweaks, the CS promises to be a riot to drive. Just act quick as BMW’s making it in unspecified ‘limited numbers’.

Also new to the BMW M car world is a revised version of the M5. It’s mainly benefitted from the tweaks seen on the standard 5 Series, and thankfully its 616bhp 4.4-litre V8 engine hasn’t been messed with, so it remains the most powerful unit ever to be fitted in a BMW M car.

Next to rivals like the Ford Fiesta and Vauxhall Corsa, the Citroen C3 gets a bit lost in the wind. But the French firm is keen to change that – revising its supermini with further personalisation (97 exterior combinations are said to be available), along with more standard kit and Citroen’s renowned ‘Comfort’ seats.

You might be asking what’s actually different on this new Fiesta, and you’d be right to, as it looks absolutely identical to its predecessor. However, new to the UK’s best-selling car are more efficient mild-hybrid powertrains, which have already been seen on Ford’s new Puma crossover.

These new mild-hybrid powertrains are also making their way into Ford’s second-best-selling car – the ever-popular Focus. Elsewhere it introduces a new 12.3-inch digital instrument cluster to give it a more modern feel.

Honda’s known for its safe approach to cars, but the rulebook has been completely thrown away for its new electric car – simply called the Honda e. With its retro-futuristic styling, fun drive and impressive tech (such as camera-based door mirrors and touchscreens that span across the full interior), this is the Japanese manufacturer’s boldest car in years.

So while Honda might be being bold and adventurous in places, it’s remaining more cautious in others – such as on its new Jazz. That said, this supermini-come-MPV is funkier to look at than before, and is now only available as a hybrid as the firm switches its focus to electrification.

Jeep’s another firm switching its focus to electrified models, and its first model of this kind is a plug-in hybrid version of the Renegade – known as the 4xe. While it’s a radical departure from everything Jeep’s done before, this new hybrid still promises the same off-road pedigree that this 4×4 manufacturer is known for.

Arguably 2020’s most important model, the Land Rover Defender is back and it really couldn’t be more different to its predecessor. No, this new model takes a big step upmarket when it comes to tech and creature comforts, though hasn’t forgotten about the need to be unstoppable away from tarmac.

While Lexus might be best known for its hybrid SUVs these days, it hasn’t forgotten about offering things a little different as well. Take the LC for example, which has wowed ever since it arrived in 2017 with its superb looks and gorgeous interior. And now Lexus has improved the formula further, with a stunning new drop-top version.

Mercedes might have filled just about every niche known to mankind, but it hasn’t forgotten about its core models – notably the E-Class. This striking updated model features a new look and additional tech, though the fantastic twin-screen system remains intact in the cabin.

Mercedes has been refreshing just about all its SUVs in recent years, and now it’s the turn of the firm’s smallest – the GLA. Benefitting from much of the tech seen on the A-Class hatchback, the GLA has been raised to give it a more rugged presence, while you’ll also get it with plug-in hybrid powertrains for the first time.

MG is now the UK’s fastest-growing manufacturer and key to this success has been its ZS crossover – offering low prices, a long warranty and loads of standard kit. There’s now an updated version, which gains even more equipment, along with fresher styling. But luckily for buyers, prices remain low.

The largest of all Minis continues to be a big hit and it’s another that’s just been updated. Even for a facelift, it’s a pretty minor update, with the key differences being the firm’s now-trademark Union Jack LED rear lights being introduced, along with digital dials and a revised colour palette to choose from.

The words ‘John Cooper Works’ mean a lot in the hot hatch world, with these Minis being some of the best fun small cars around. And there’s now an even hotter GP version, which features Mini’s most powerful engine to date – a 302bhp 2.0-litre petrol. Given just 575 are being sold in the UK, it’s set to be a car collector’s dream in the future.

Volvo-owned Polestar is making waves in the EV world, with the Swedish firm’s new ‘2’ rivalling the likes of the Tesla Model 3 – a model that’s selling in huge numbers. With its sub-£50,000 pricing and 292-mile electric range, this is a seriously appealing car from this new manufacturer.

With the GT3 and GT2 versions of the current 992-generation 911 yet to arrive, for now the Turbo S is the hottest and most expensive version of Porsche’s famed sports car. With 641bhp to play with, the Turbo S can sprint to 60mph in a frightening 2.6 seconds.

Porsche’s first electric car is the EV to convert those who think battery-powered models can’t be fun and aren’t here to stay – receiving rave reviews for its outrageous performance, astonishing looks and superb handling.

Despite being one of the first to venture into the world of EVs, Renault’s been slow to embrace other kinds of electrification. But now that’s changing, with a host of new hybrids on the way – first up being a PHEV version of the Captur. Rivalling models like the Kia Niro, Renault promises impressive efficiency from its first plug-in hybrid model.

Renault’s best-selling Clio now also features electrification for the first time, with a new ‘self-charging’ hybrid known as the E-Tech. Set to offer the best efficiency and performance of any current Clio, the model features an innovative clutchless gearbox that’s said to be inspired by the firm’s involvement in F1.

Following on from the Audi A3, Seat’s best-selling Leon is also benefiting from all this tech at the firm’s disposal. Even with its digitised interior and electrified powertrains (a Cupra plug-in hybrid is also on the way), the Leon remains brilliant value, with a sub-£20,000 starting price.

Just like the Leon, the Octavia is another new VW Group hatchback for 2020, with this Skoda being the most practical and versatile of the lot. It benefits from much of the changes we’ve already mentioned, but is now even more practical – its boot measuring a massive 600 litres (a Golf’s is 380 litres for comparison).

SsangYong is another growing brand in the UK, and for those wanting an affordable no-nonsense pick-up, the model of choice should be the Musso. It’s got even better for 2020 thanks to the introduction of a long-wheelbase version. With its 1.61m load bed, it has the biggest load-carrying ability of any pick-up on sale in the UK today.

The Yaris has always been a safe, sensible and unexciting supermini option. But Toyota’s new fourth-generation supermini aims to change that with a bold new design, more sporty driving experience and additional hybrid powertrains.

Once one of Vauxhall’s most popular models, the Insignia has been overtaken by the firm’s own crossovers – notably the Grandland X. It remains a stylish option, though, and this new updated version gains new in-car technology and more efficient powertrains.

Volkswagen couldn’t have launched its Golf at a worse time, as it arrived in showrooms just as the UK was entering lockdown – meaning buyers couldn’t even collect it from showrooms. So the ‘70’-plate will be the Golf’s breakthrough moment – this new hatchback coming with a transformed interior and new mild-hybrid engine options. Hot GTE, GTD and GTI models are also just around the corner.

Another of 2020’s most eagerly-awaited new cars is the VW ID.3. This is the first model in the Volkswagen ‘ID’ range and is the first car from the Group to sit on a new MEB platform dedicated for electric cars, which will go on to feature on a host of Seat, Skoda and Audi models. Despite various delays, it’s now available to order, with models set to arrive before the end of the year.

If there was a niche of all niches, a crossover convertible has to be it, but that’s exactly the sector the new Volkswagen T-Roc Cabriolet enters. Its looks and concept won’t suit all, but the idea of a drop-top that sits higher up will appeal to many – especially as it’s the only convertible Volkswagen you can currently buy.