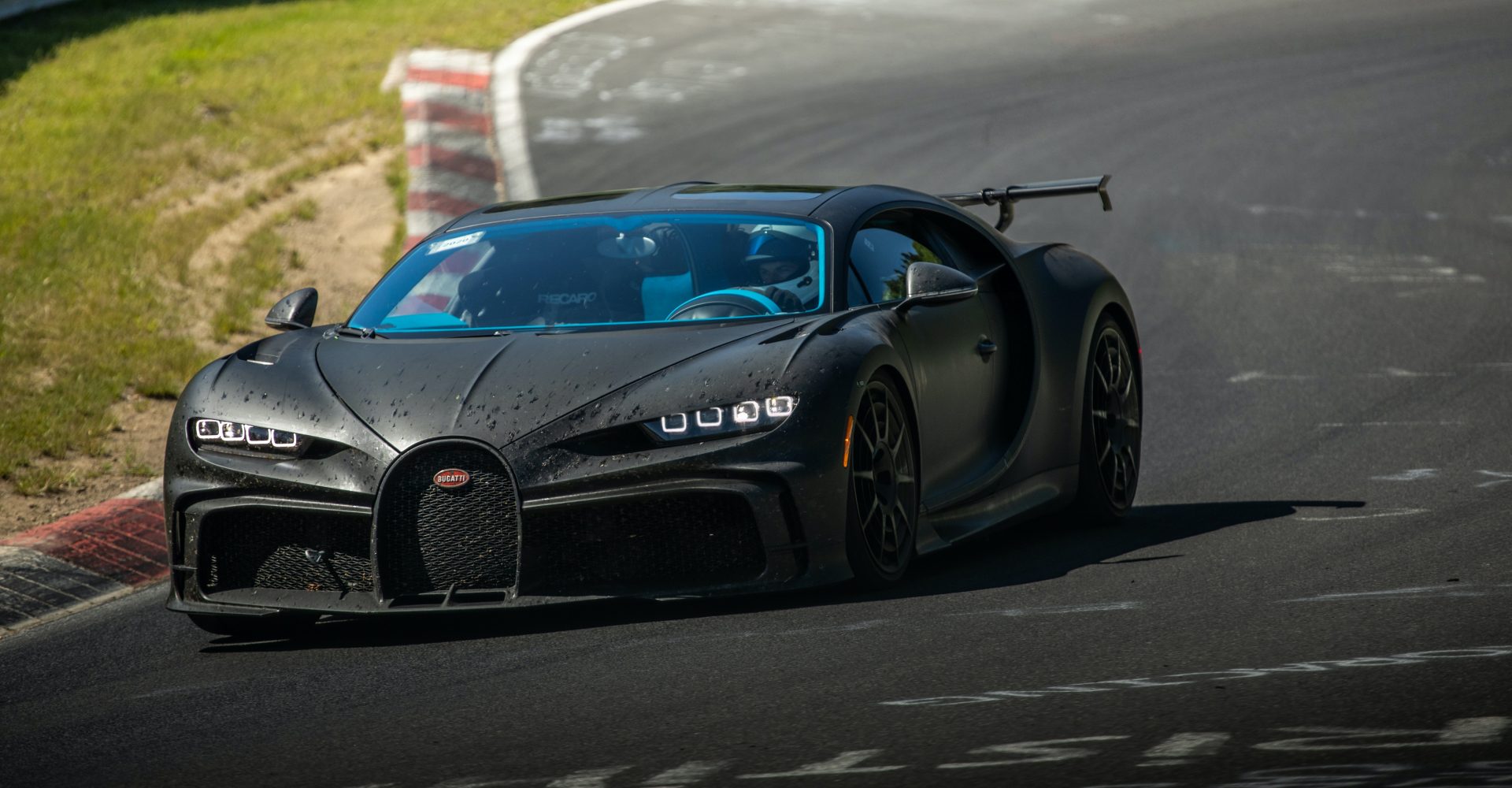 Bugatti has revealed footage of its track-focused Chiron Pur Sport undergoing final testing at the Nurburgring.

The Chiron is Bugatti’s latest hypercar, and the Pur Sport is the ultimate performance version that’s been honed for its abilities on a race track. It gets optimised aerodynamics, shorter gear ratios and new tyres.

As such, the French luxury car firm has taken the car to The Green Hell for final handling testing. The German race track earned the nickname for being one of the most demanding circuits in the world, twisting through the Eifel Forest with dozens of corners, blind crests, steep hills and bumpy tarmac.

Bugatti says it has been testing the car on various circuits and public roads in recent weeks, but the Nurburgring is the best place to fine tune the settings.

Stefan Ellrott, head of development at Bugatti, said:“It’s extremely important to us for the Chiron Pur Sport customer to instantly sense the much more radical approach we’re taking with this car in terms of driving dynamics.

“With its unusual topography, numerous bends and the high-speed section from Döttinger Höhe onwards, the Nordschleife is very demanding for both driver and vehicle so it’s ideal for our new car, which is streamlined for agility and speed.

“This is why we’re running the final tests for fine-tuning the suspension and safety systems here in the Eifel. In addition to driving on the track, we also go out on the motorways and public roads around the Nürburgring, since there are lots of roads with curves and hills here. We are really satisfied with the results of our work.”

Production of the Chiron Pur Sport will begin at Bugatti’s headquarters in Molsheim later this year, with prices starting at three million euros (circa £2.7m).