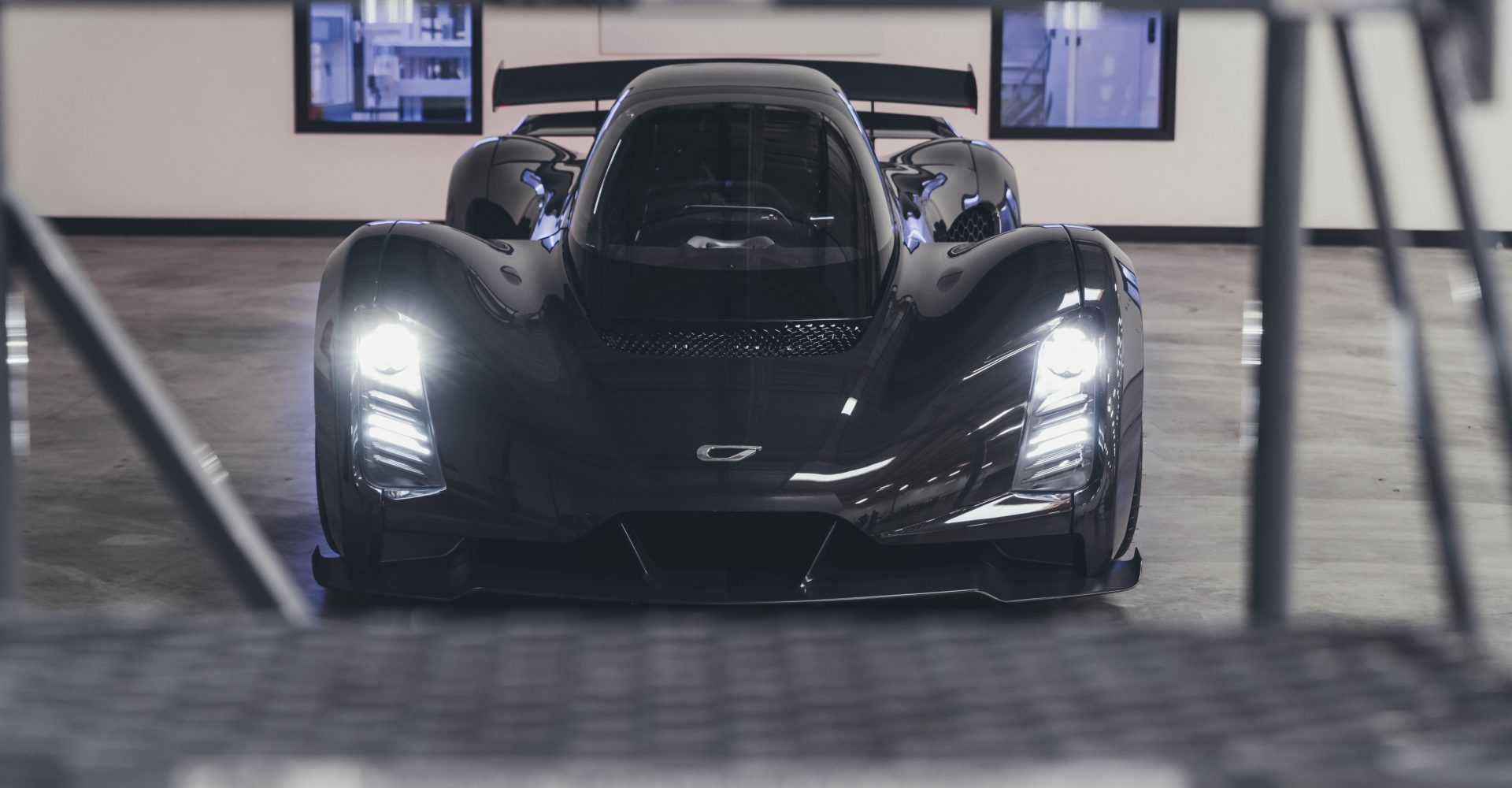 Cast your eyes into the corner of this facility, which is situated in Torrance, Los Angeles County, and you’ll see the fruits of $150m worth of investment and Kevin Czinger’s blood, sweat and tears: the 21C.

This highly sculpted, in-line seating hypercar looks like nothing else on the market. It’s aggressively flared front haunches taper into a supermodel waistline, only to bulge once more in order to house a bespoke, built-from-scratch 2.8-litre V8 engine that sits just behind the fighter jet-inspired cockpit for maximum aural pleasure.

“The 21C is really the first instance of a complete vehicle that uses generative design. To create what we have here, we first had to think up and build a completely unique set of revolutionary tools that allowed us to take the ideas that are up in our heads and actually express those digitally,” explains Kevin Czinger, as he shows us around his latest creation.

As with many hyper-intelligent tech types, Kevin talks in-depth and often at speed about a subject that can be difficult to compute. To put it simply, current vehicle design and production is very much entrenched in relatively old techniques and technologies. With billions of dollars invested in traditional production lines, it is very difficult for the biggest names in the auto industry to suddenly invest in a new way of doing things.

“We hope to take the current car design process and flip it on its head,” Kevin says. “To me, operations like Giga factories, or other huge scale operations where that scale is fixed to one or a few designs, feels like a cookie cutter approach. It’s not good economics and it’s not good for the environment.

“I think that in order to properly express human creativity, you have to have a team of people that can interact and work together with a platform that allows that creativity to be expressed and iterated immediately. That’s basically the antithesis of today’s global automotive structure,” he adds.

Kevin’s other company, Divergent 3D, specialises in the art of additive manufacturing (more commonly referred to as 3D printing), advanced robotics and the software to transfer digital designs into physical objects. Unlike anything else currently on sale, the $1.7 million 21C boasts a 3D printed chassis onto which everything else is bolted on.

Something that designer David O’Connell claims is completely revolutionary in the automotive world. “The fact that we could tweak the chassis design as we went along is something that I’ve never seen before,” he says.

“The manufacturing technology used here allows a lot of this design freedom to happen because we can make the structural parts of the car smaller, lighter and tighter. Those relationships are not bound by conventional construction methods. We’re able to put the parts where they need to be, not where they have to be because of the manufacturing processes,” he adds.

All of that design freedom clearly paid off, because early figures suggest the highly aerodynamic 21C can smash the 0-60mph sprint in 1.9 seconds and go on to a top speed of 270mph when free of the track-biased aero pack.

Jon Gunnar, Chief Technical Officer of Vehicle Technology at Czinger Vehicles, and a former aerospace engineer and Koenigsegg employee, helped mastermind the powertrain. And in this world of cost-saving and component sharing, Gunnar was given absolute freedom to do the polar opposite and develop an engine in-house.

This compact twin-turbocharged 2.9-litre V8 petrol unit is mated to two 220kW motors at each front wheel and a 2kW battery pack. It is light and efficient, while the Lithium Titanate battery is designed to charge and discharge much faster than current production EV tech in order to keep abreast of the team’s performance demands.

The Czinger team hopes to beat the unofficial Laguna Seca production car track record by two seconds. To put that in perspective, a quick scan of the Internet reveals the McLaren Senna currently sits at the top of that unsanctioned leaderboard with a 1:27:62 lap.

Creating a new car brand from scratch is never easy, but revolutionising the way cars are built in the future is arguably even harder. “We developed the materials and machines to bring designs to life and then automate the assembly. That allows you go from this massive fixed design, where designs are frozen in machined stamping tools and hardened steel, to the design becoming digits that flow into a machine that then builds those digits, layer by layer, into whatever kind of digital assembly block you need. It could change everything,” Kevin says.

Lighter cars, more creative designs, reduced waste and less energy-intensive production methods are all promised here, although we will have to wait and see how the 21C fares against the established hypercar competition before we start changing the world.