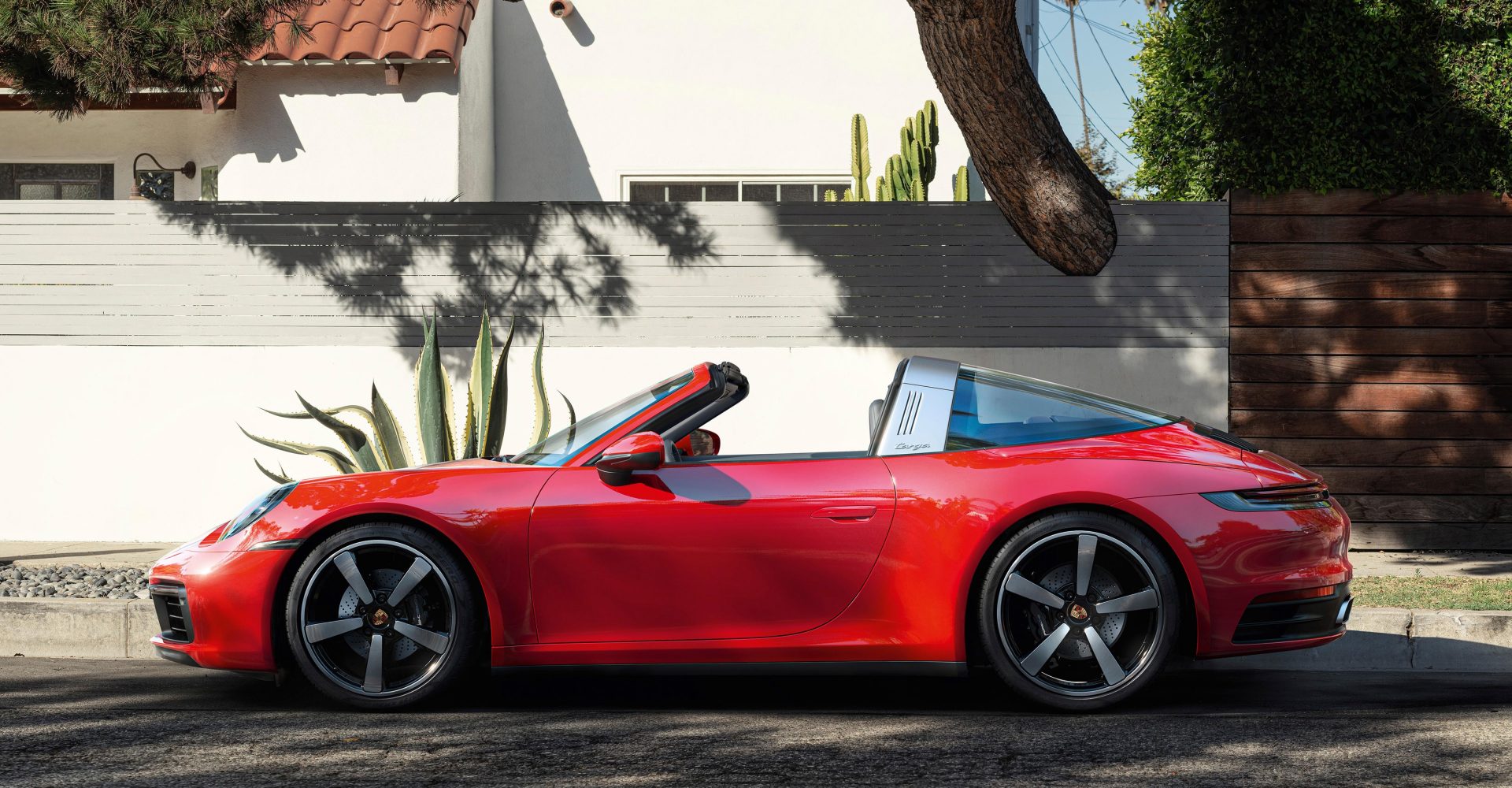 Porsche has unveiled its latest incarnation of the 911 Targa this week. An ever-present feature in the line-up of 911 variations, the Targa is a classically styled sports car which puts an emphasis on experience rather than being an out-and-out track monster.

But where did it come from and how has it changed over the years? Let’s take a look.

The original Targa was introduced back in 1967, following on from the inception of the regular 911 in 1963. It was named to celebrate Porsche’s victories in the Targa Florio races, and debuted an innovative hoop-based roof design.

In fact, it was a reaction from Porsche to an argument happening in America, where full convertible cars were considered too dangerous, with rumours that regulations could require a motorsport-inspired rollover hoop in the future. It’s why Porsche took inspiration from its race cars and fitted the roll hoop design on the Targa.

Originally fitted with a flip-down rear screen, this was later changed to a fixed glass version after customers complained about the original soft screen.

It would continue to be offered through the 1970s and 1980s as the 911 evolved, gaining a satin black finish and mild design tweaks.

The 993-generation 911 was built between 1994 and 1998, and saw the biggest evolution of the Targa concept since its inception.

Instead of the prominent rollover hoop, the roof looked similar to the coupe. However, a glass roof above the driver would retract to give that Targa top feel, sliding back beneath the rear glass pane. It was a major departure from the manually removable Targa tops that had come before.

Addressing the early fears about convertible car safety that spawned the Targa, the thick B pillar would act as the rollover hoop. Other advantages were that it removed the need to find somewhere to store the roof, and this design would continue through the 996 and 997 generations.

Back to its roots

As with most design, if you leave enough time then nostalgia will make it cool again – and that appears to be the case with the Targa too.

In 2014 for the then-new 991-generation 911, Porsche revived the brushed aluminium rollover hoop on the Targa model with its fixed rear screen. However, unlike the original model, the roof could retract automatically, introducing the much-loved and incredibly complex closing mechanism we know and love today.

This week, Porsche revealed the 2020 911 Targa, complete with rollover hoop and complex closing mechanism that can be completed in just 19 seconds. Available in both 4 and 4S trims, the 3.0-litre engine makes 380bhp and 444bhp respectively – thoroughly modern performance in a classically styled sports car.