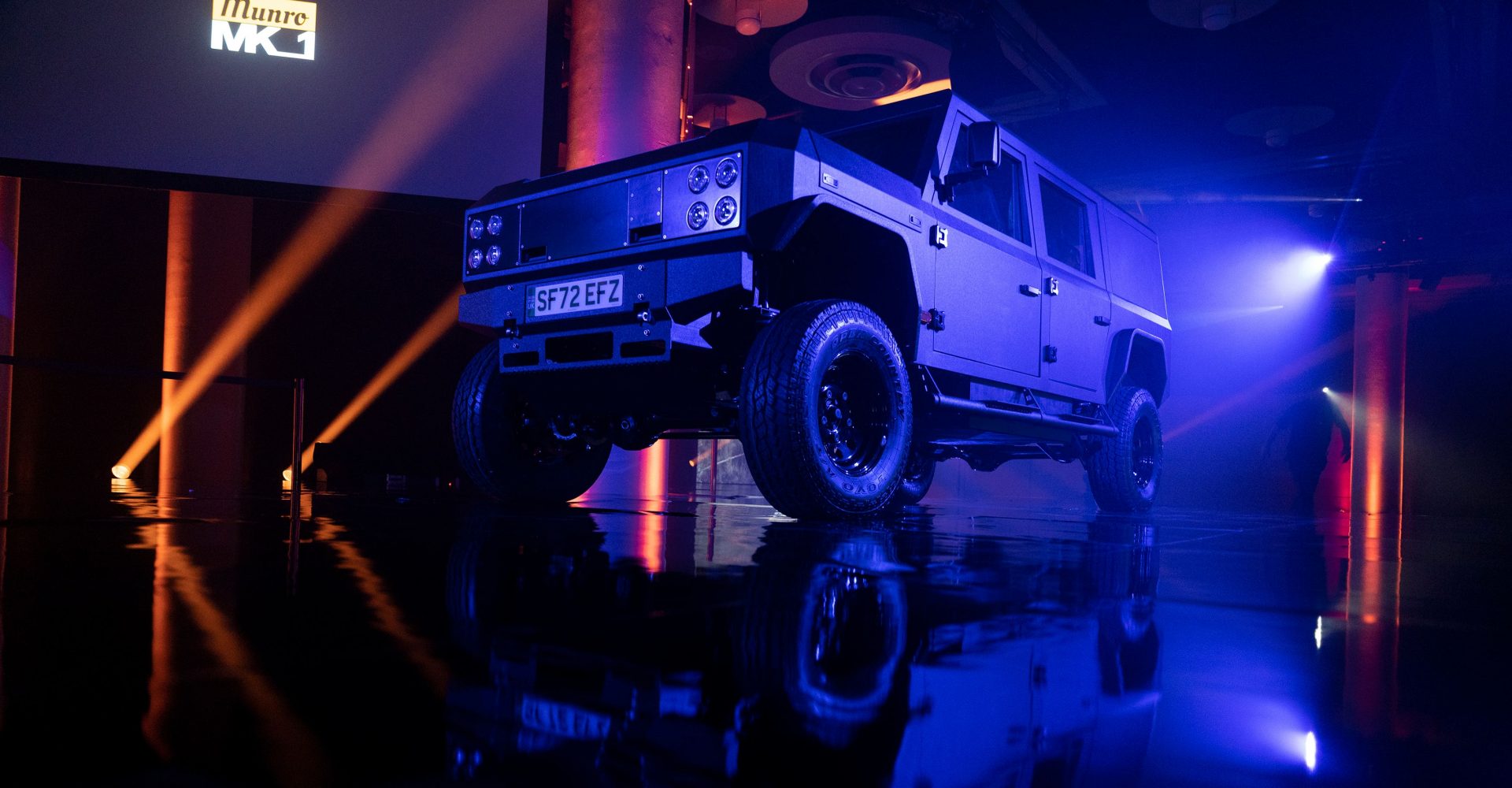 Off-roading fans wanting something electric now have a new option with the reveal of the Munro Mk1 – a model designed, engineered and built in Scotland.

Claiming to be the ‘world’s most capable all-electric 4×4’, the Munro Mk1 has been designed for the toughest terrains, yet promises to be simple to maintain, and engineered to last ‘50 years of service’.

Named after a Scottish mountain, Munro’s Mk1 is available with up to 375bhp from its large single electric motor and comes with the option of two battery sizes – 61kWh or 82kWh. The latter allows for a claimed 190 miles of range, which the firm says allows for 16 hours of off-road use on a single charge.

Though the Mk1 can accelerate from 0-60mph in less than five seconds, Munro says the focus is more on ‘utility’, rather than performance. A generous 700Nm of torque is said to equate to ‘excellent response off-road’. Munro’s model can also tow up to 3,500kg while accommodating a 1,000kg payload.

Sitting on a steel ladder chassis – often used by more utilitarian 4x4s – the Mk1 offers 480mmm of ground clearance, and a wading depth of up to 800mm, along with approach and departure angles that are said to make it ‘cope effortlessly’ when off-roading.

Its design is big and boxy, with quad LED headlights and a large grille adding to the bold look of this five-seat, five-door 4×4.

Russell Peterson, CEO of Munro Vehicles, said: “The engineering is unashamedly agricultural in nature. Some people see the term agricultural as potentially derogatory, but at Munro, we certainly don’t.

“Agricultural vehicles feature some of the most sophisticated technology you can imagine. But above all, they are engineered to do the job, no matter how much punishment they soak up, and to keep doing it year after year. The Munro has been built to the most robust standards possible and to be fully operational in 30, 40, 50 years’ time.”

Munro says it has been testing the Mk1 for the past two years around Scotland, and that it has already received orders from the UK, as well as more exotic locations like St Lucia and Dubai. Prices here start £49,995, excluding VAT.

Production will begin next year at its East Kilbride headquarters, with 50 due to be handbuilt in 2023. Munro says it will then expand to a ‘purpose-built production facility in central Scotland’ in 2024. The firm has a goal to produce 2,500 units annually by 2027.