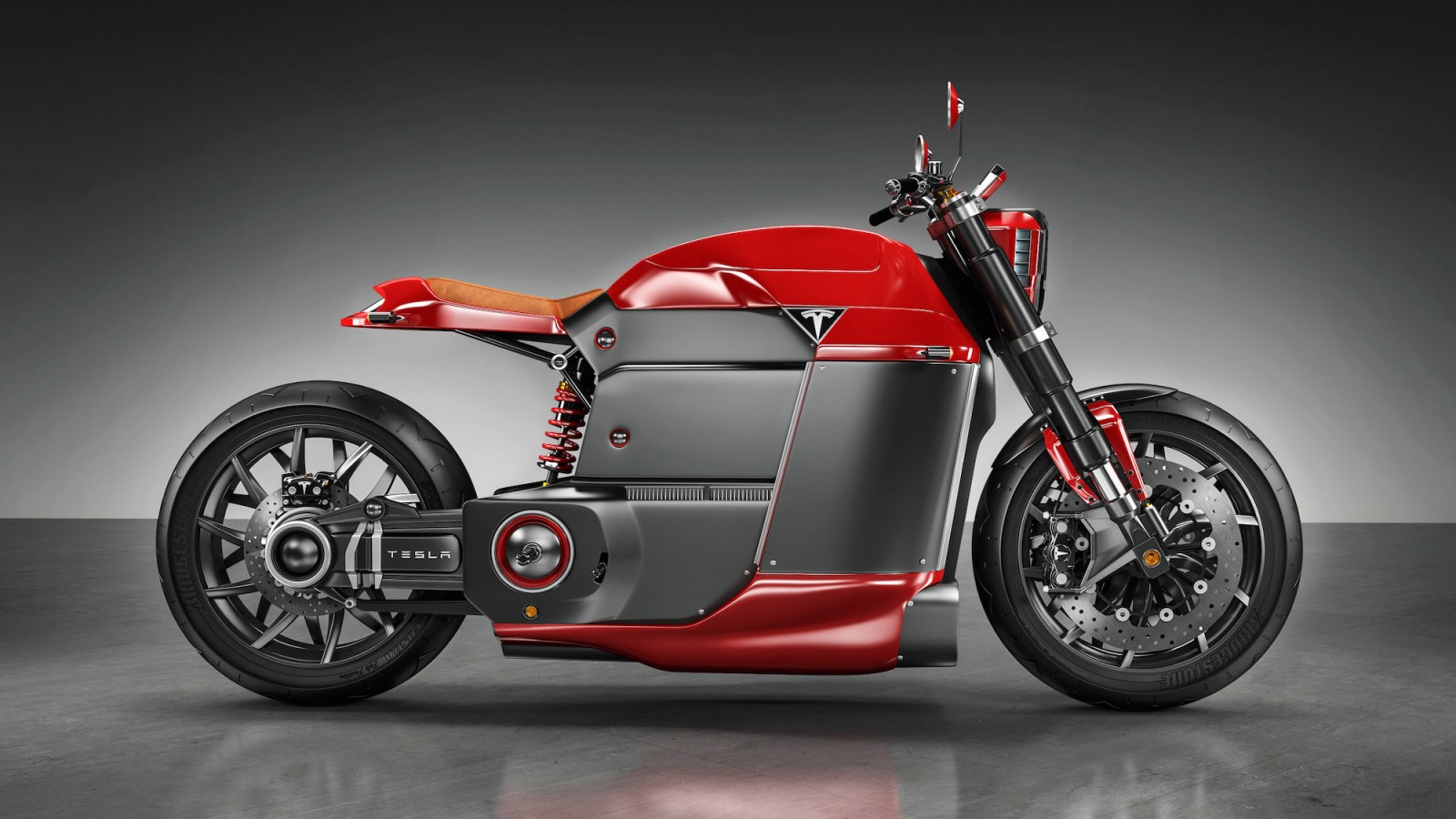 What do you get if you cross a Ducati Monster with an electric car?

Designed by Jan Slapins, a British 3D modeller, the Model M is a concept electric motorbike that Tesla could build, if they ever turn their craft to two wheeled vehicles (we don’t think they’re going to).

The automatic concept features an 150kW electric motor, which is powered by two Lithium-ion batteries, designed to be mounted as low as possible in the frame so as to keep the bike’s centre of gravity low.

Carbon fibre wheels and an aluminium frame are implemented in the design to reduce weight, whilst a mono shock at the rear and inverted forks provide the suspension.

Due to the batteries and electric motor being low down in the motorbike, there is an abundance of empty space where the fuel tank would otherwise be. On the Model M, this space becomes a water-tight compartment where the rider would be able to store a helmet, a backpack or a laptop, for example.

All in all, it’s quite a practical bike really; its a shame it will never be built.