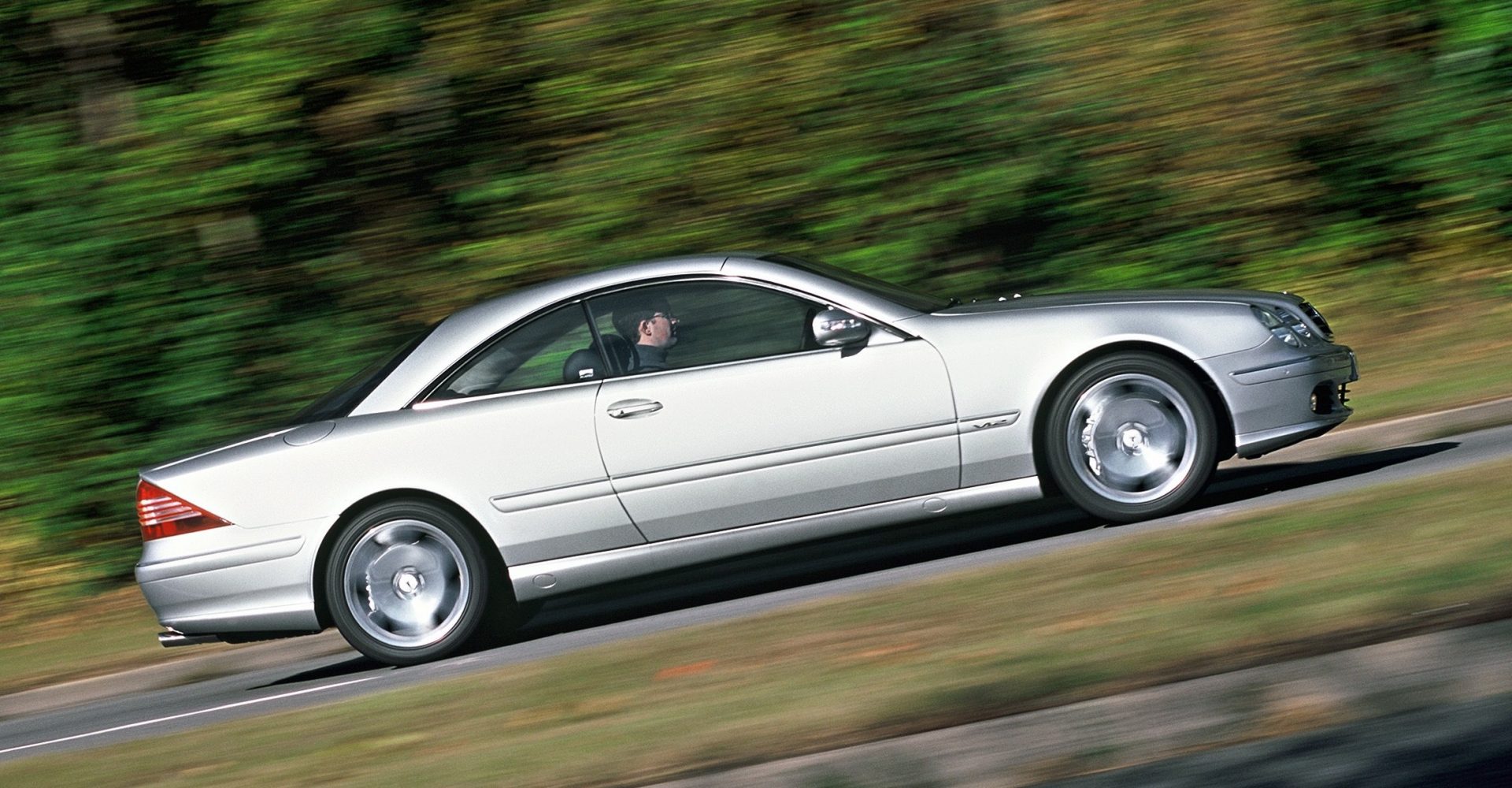 For performance cars, 150mph is a magic speed barrier that carries some real heft. It takes a lot for a car to achieve this, after all, with years of tuning and mechanical advancement behind each vehicle which manages to hit this holy grail of speed.

But quite often cracking 150mph comes with a premium. That said, you’d be surprised by how many 150mph-capable cars are available on the used market, with several sitting at the £15,000 mark. As a disclaimer, never try and hit 150mph on a public road. If you’re trying to reach high speeds, always do it where it’s safe and, most importantly, legal to do so.

Plus, it’s rated to a top speed of 155mph – so well within our criteria – and there are plenty of models available for under £15,000 too.

On the other end of the scale to the Golf R is the CL55 AMG – a big, luxurious and powerful grand tourer from Mercedes-Benz. With a 5.4-litre V8 engine under the bonnet, it had more than enough performance to crack on to a top speed of 155mph.

Despite being hugely expensive when it first arrived in the early 2000s, the second-generation CL is a luxury bargain at the moment – with loads of examples for well under £15,000. Just budget for premium bills, mind you.

The E46-era BMW 3 Series is an iconic generation, having been lapped up by thousands across the globe. The 330i, in particular, was a highlight thanks to its powerful straight-six engine. It meant that the 330i was a genuine 150mph car and one that could do it with little fuss, too.

Plus, these cars aren’t at wallet-busting prices. In fact, they’re a bit of a bargain, and our £15,000 price limit should be able to net a particularly good example with change left over.

Who would’ve thought that the humble Mazda 6 would be appearing on this list? Okay, we’ll admit that it’s not any old 6, but the go-faster MPS version. Don’t let those understated looks fool you, as the MPS is packing a 2.3-litre turbocharged petrol engine with 256bhp.

That means it’ll achieve 150mph, easily justifying its place on this list. Used examples are hard to find, but look closely and there’s likely to be one for under the £15,000 threshold.

Nissan’s 350Z still looks good today, despite being launched back in 2002. That striking design is backed by genuine performance, too, thanks to a naturally-aspirated 3.5-litre V6 engine with 287bhp – though later versions got 306bhp.

Limited to 155mph it’s a genuine contender on this list, plus used examples offer great value for money considering the grunt that the 350Z has on tap.

If you want all-out muscle car performance in the UK, you don’t have too many options. However, the Vauxhall Monaro is one of the few choices out there. Essentially a re-badged Australian-made Holden, this V8 powered bruiser is an excellent choice for those who want a boatload of character for not too much money.

With a 5.7-litre V8 engine under the bonnet, the Monaro will easily crack 150mph. With a riotous soundtrack accompanying any touch of the throttle, this isn’t a car for shrinking violets.

BMW’s first-generation Z4 made waves when it arrived thanks to its ‘flame surfacing’ design and great handling. The 3.0i was a bit of a peach, too, thanks to the sprightly performance that it offered and the quality straight-six exhaust note it produced.

Plus, it was limited to 155mph, so it’s more than worthy of a place in this list. A quality product, it’s a used purchase which makes sense and won’t break the bank, either.