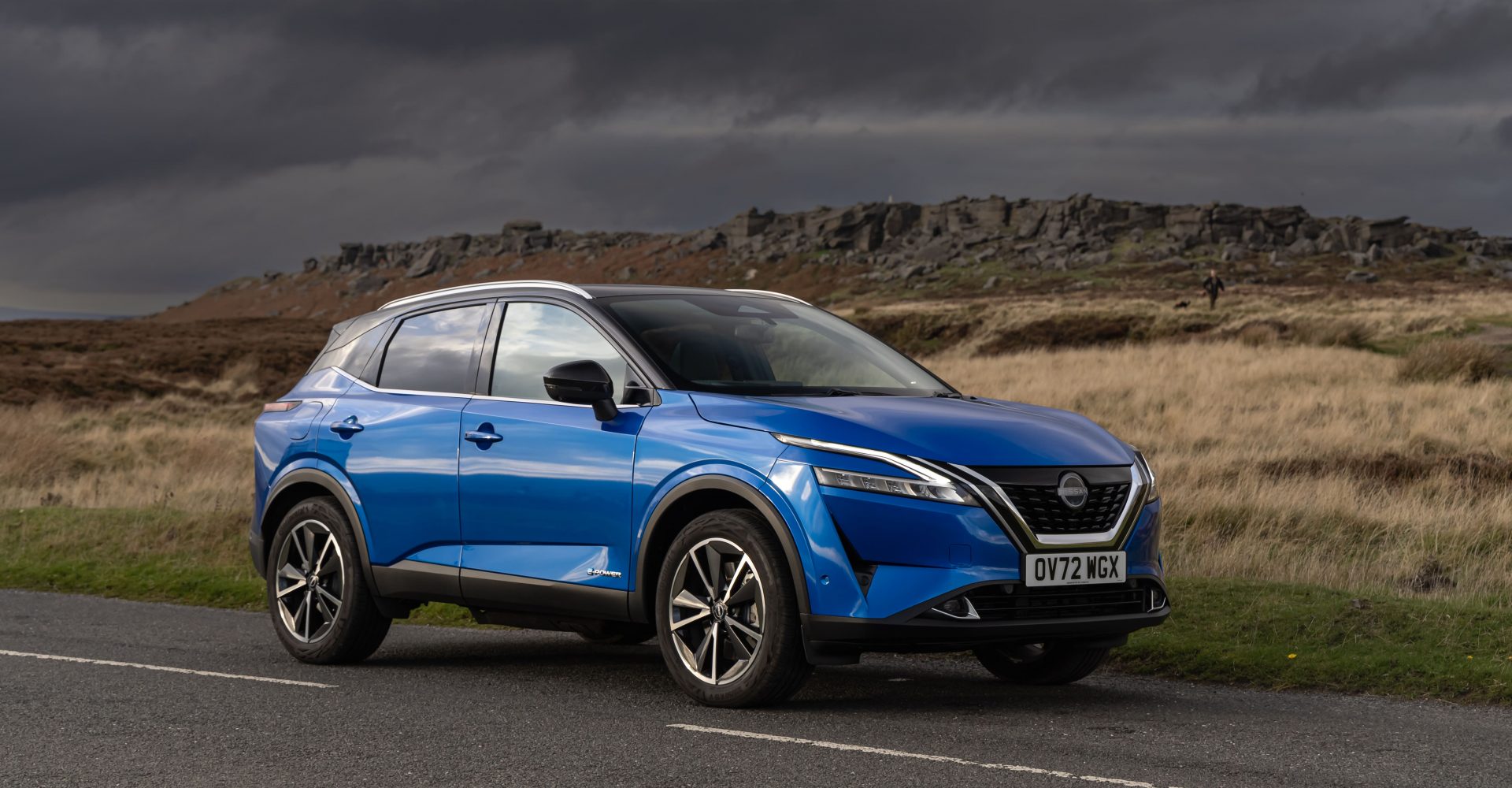 New car sales grew for the fourth consecutive month in November, with registrations growing by 23.5 per cent compared to the same period in 2021, according to figures released today by the Society of Motor Manufacturers and Traders.

The number of new cars joining UK roads in November amounted to 142,889, driven predominately by large increases in fleet and business registrations, as well as some particularly popular new models. Here are the 10 best-selling cars in November.

Nissan’s Qashqai stays at the top for another month, with this crossover having a big lead on the next most popular car – and it’s likely to finish the year as the UK’s best-selling car.

Built in Sunderland, Nissan is prioritising UK customers and isn’t suffering from the same production holdups as many brands are facing. The Qashqai is a popular and appealing choice to families with its practical interior, great safety record and affordable pricing.

Tesla has had another great year, with its Model Y SUV being the second most popular car in November – impressive considering more than 4,000 were registered in December and when they have a list price of more than £50,000.

Buyers love the Model Y’s tech-laden interior, dominated by a huge touchscreen. There’s also access to the great Tesla Supercharger network, while strong performance and a range of up to 331 miles make this SUV a very attractive choice.

It’s another British-built model that is ranked highly in the best-sellers list, with Mini’s well-loved Hatch being the third most popular model in November. Renowned for its style, the Mini is also available with a great range of petrol engines, as well as an increasingly desirable Electric version.

Offering a fun driving experience, the Mini packs an upmarket interior that makes it one of the most high-quality superminis on the market.

Ford might stop selling its Fiesta by June next year, but that isn’t preventing it from being a very popular choice in the current market, with 2,869 models finding homes in November.

The Fiesta is terrific fun to drive but it also packs a host of versions to appeal to a broad range of customer – from rugged Active versions through to the sporty ST hot hatchback. Its latest mild-hybrid petrol engines also offer great efficiency.

The Corsa might not have its usual number one position in November, but this Vauxhall supermini is continuing to serve as a popular choice, particularly for money-savvy buyers that can get behind the wheel from £220 a month.

The option of the Corsa Electric is also contributing to this model’s continued success, though more affordable petrol and diesel engines remain available for those not wanting an EV just yet.

The sheer choice of versions that Volkswagen offers on its Golf is a key contributor to its success – from more affordable Life versions through to the 316 Golf R hot hatch, with plug-in hybrids and sporty diesels also sandwiched in between.

While many say the family hatchback market is in decline, the Golf continues to serve as a fantastic option for those wanting to buck the trend of buying an SUV.

While the Ford Puma might have slipped down the charts in November, it remains the third most popular car throughout the year. It’s easy to see the appeal of the Puma, too. Based on the Fiesta, the Puma offers more space and a greater ride height that aids accessibility.

A wide choice of trims and engines are available too, with the mild-hybrid petrol being a real highlight – offering great performance and averaging around 50mpg.

The T-Roc’s proving to be an increasingly popular model in Volkswagen’s range – offering more style and space than a Golf, but in a similar footprint and not for a huge amount more money.

This crossover is good to drive as well, while a broad range of petrol and diesel engines are offered – you can even choose four-wheel-drive on selected models. A hot ‘R’ model sits at the top of the range, using the same engine and underpinnings as the fantastic Golf R.

Volkswagen had a good month in November, with its Polo also appearing in the top 10. This supermini remains one of the best cars in its segment and is a great all-rounder thanks to its practicality, driveability, low running costs and technology.

Sporty-looking R-Line models add extra street-cred to the Polo, while a 197bhp GTI model sits at the top of the line-up. Standard equipment is excellent on this VW too – including a touchscreen, digital instrument cluster and adaptive cruise control.

Toyota’s line-up is predominantly now made up of hybrids, and the entry-level Yaris is serving as its best-selling model. Rounding off the top 10, this supermini offers exceptional standard safety equipment and a far bolder design than its predecessors.

What’s more, the Yaris comfortably returns more than 60mpg with its self-charging hybrid setup, while being easy and comfortable to drive.