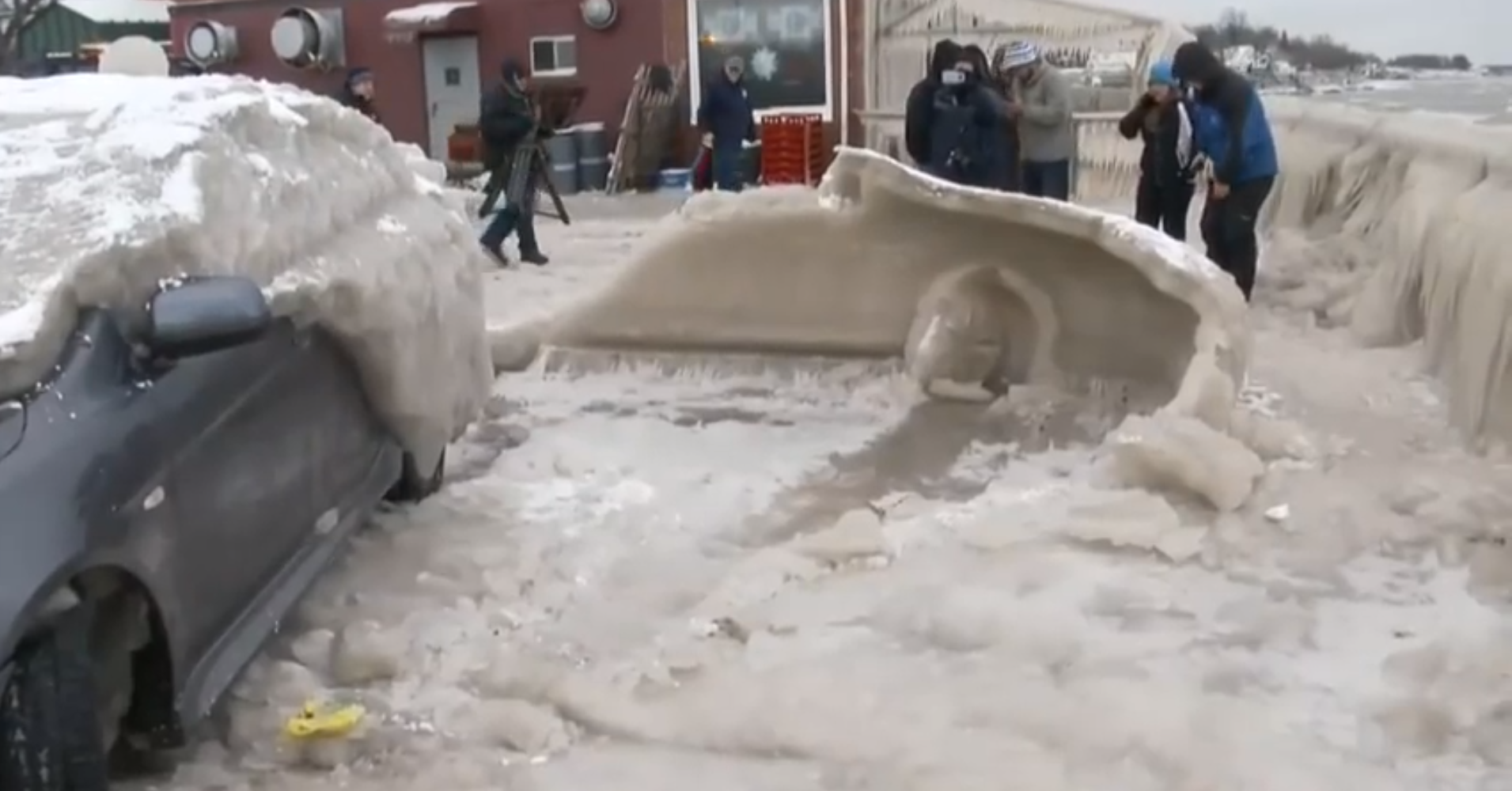 Scraping ice off the windscreen is part of the norm this time of the year, but one unfortunate driver needed a bit more than that.

Justin Yelen left his Mitsubishi Lancer by Lake Erie while having a night out at Hoak’s Lakeshore restaurant in Hamburg, New York, but when he came back to collect it the next morning he found the vehicle cocooned in ice.

Yelen had gone out at midnight to find a thin layer of ice on the car but was sure it wouldn’t be a worry in the morning. Lake Erie had other ideas, though, and with the freezing weather the ice built up and up.

The unfortunate owner and his dad Joe were unable to free it by themselves, as waves from the lake had added layer upon layer of ice to the car, so a local dealership helped them liberate it with a tow truck and 350 pounds of flake calcium.

It was taken to the dealership’s collision centre to carry on thawing and for a damage check.

See the car freed from its icy parking spot below: