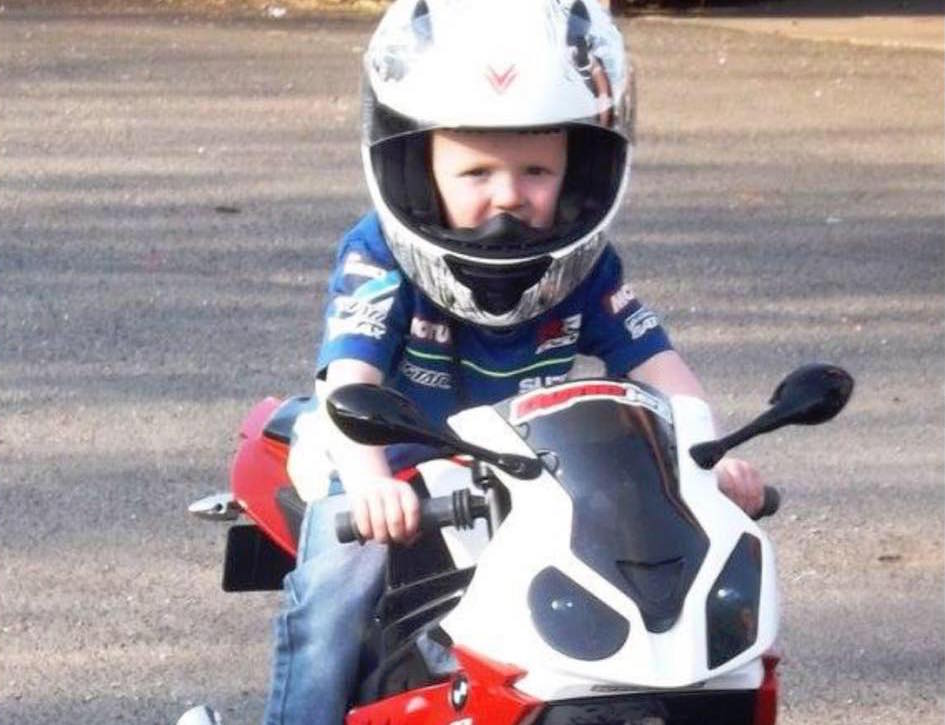 Kids and motorcycles aren’t usually a winning combination, but one toddler has proved an exception to the rule and captured the hearts of millions in the process…

Two-year-old Logan Cox is a dedicated motorcycle fan. His wardrobe consists of bike-branded clothing, and he even has his own – albeit miniature – BMW S1000RR.

So when he visited the Silverstone MotoGP earlier this month, he was undoubtedly going to be excited.

Wearing a T-shirt toting ’46’ – the bike number of Valentino Rossi, his favourite racer – the tiny flame-haired tot claps his hands and shakes with excitement as bikes fly by on the Northamptonshire track.

This video, taken by father Dan Cox and shared to Facebook, has since gone viral, receiving more than 40 million views, 227,000 comments and a further 434,000 likes.

Thanks to this online fame, the motorbike-mad youngster has been invited to this Sunday’s British Superbikes event at Donington Park, where he’ll be allowed to sit on the bikes – and where he’ll undoubtedly win even more hearts!