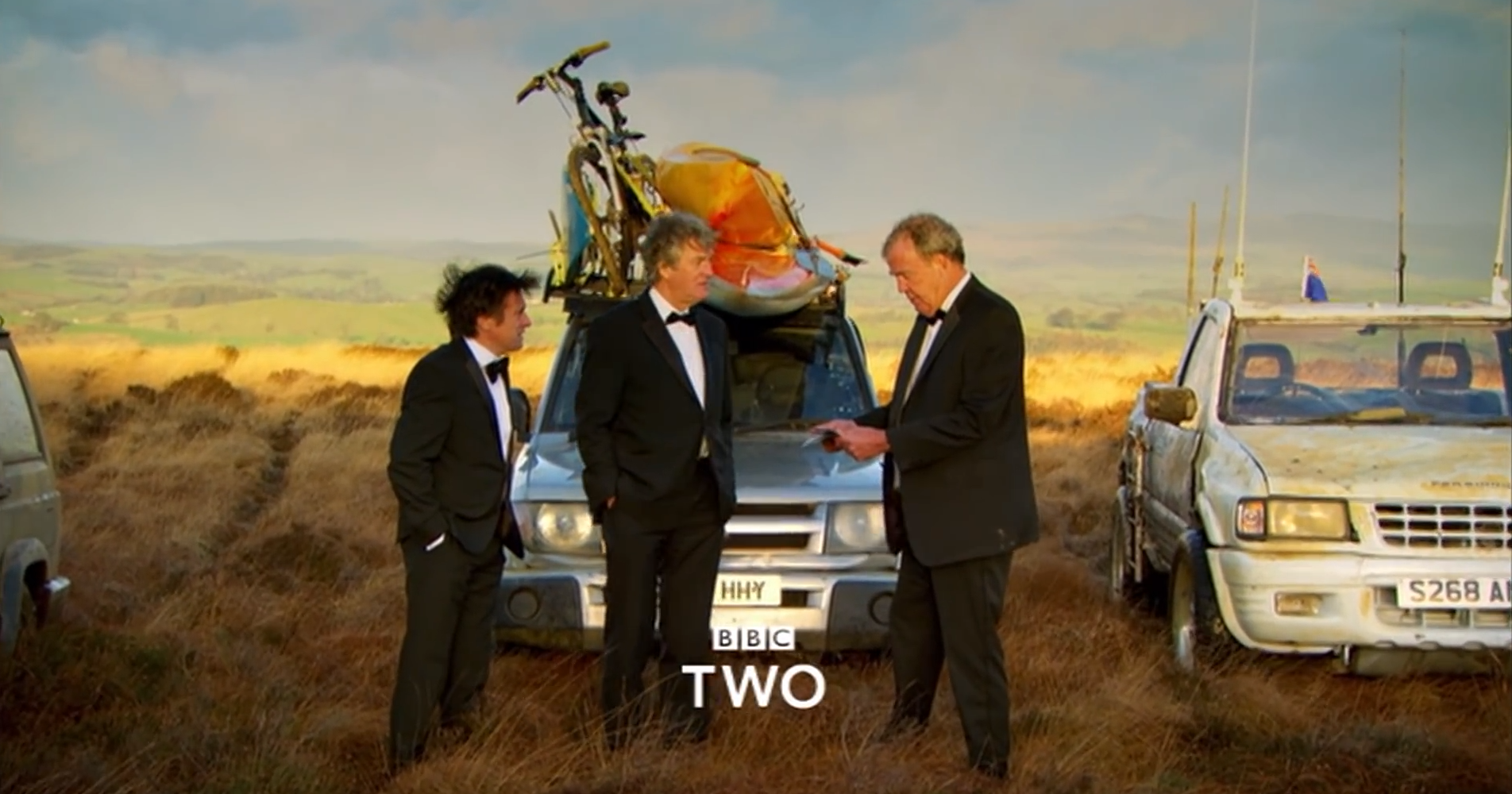 We’ve still got a little while to go before we see the unused footage from Top Gear but those kind folk at the BBC have tossed us a little bone to keep us happy.

The trailer for the special – to be shown on BBC Two – will include two unaired films that were shot for the series, with studio links provided by James May and Richard Hammond.

But not Jeremy Clarkson – how strange…

One of the films sees the trio as traditional classic car buffs, while the other has them as “lifestyle leisure enthusiasts” courtesy of some ancient 4x4s.

The broadcast date for the one-off episode is yet to be confirmed but it’s pretty much guaranteed there will be mayhem and mirth aplenty from Messrs Hammond, May and, in some bits, Clarkson.

See the trailer in full below: