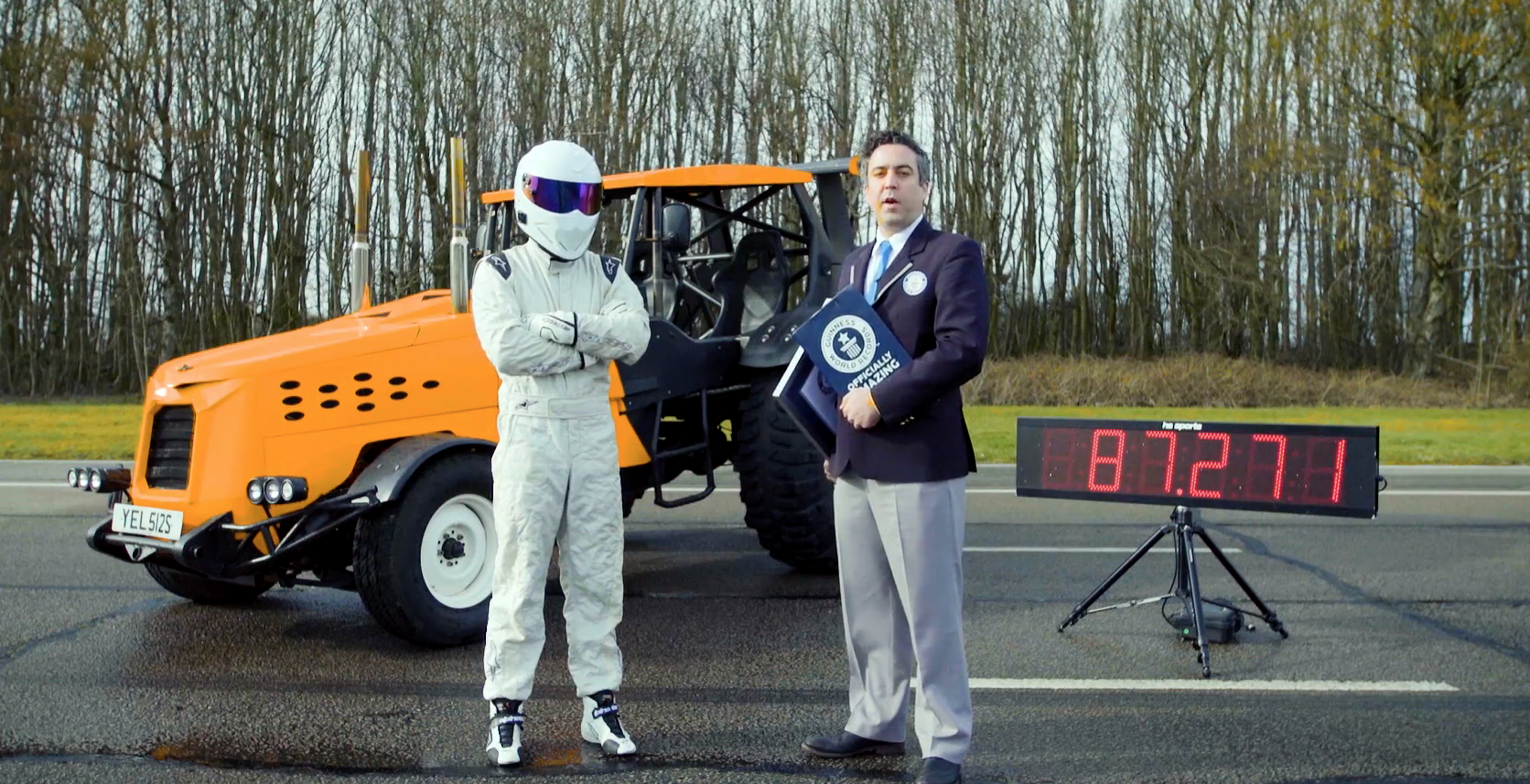 The modified farm machine – known as ‘Track-tor’ – managed to hit 87.2mph on the show’s famous test circuit, thanks to its 5.7-litre Chevrolet-sourced V8, which churns out 500bhp.

It also features adjustable air suspension that can raise or lower the tractor’s body, as well as four-wheel brakes – normal tractors traditionally only have brakes on the rear axle.

It even features a twin hydraulic handbrake, which can independently brake each rear wheel, giving the tractor better cornering characteristics. Practicality was still kept in mind, however, as the tractor was fitted with a rack for wellingtons, as well as one for a garden spade.

Jack Brockbank, official Guinness World Records adjudicator, said: “To see The Stig hurtle past me in a tractor at 87mph was surreal, but hugely impressive.

“Equally as impressive is the engineering expertise of the Top Gear team that made this possible – the combination of their skills makes for brilliant record-breaking fun.”

The Stig’s attempt managed to beat a previous record-breaking run, which saw a tractor hit 80.87mph in Vuojarvi, Finland, in February 2015.

Track-tor’s epic run was shown on Top Gear on BBC Two last Sunday, and can be viewed on BBC iPlayer in the UK.