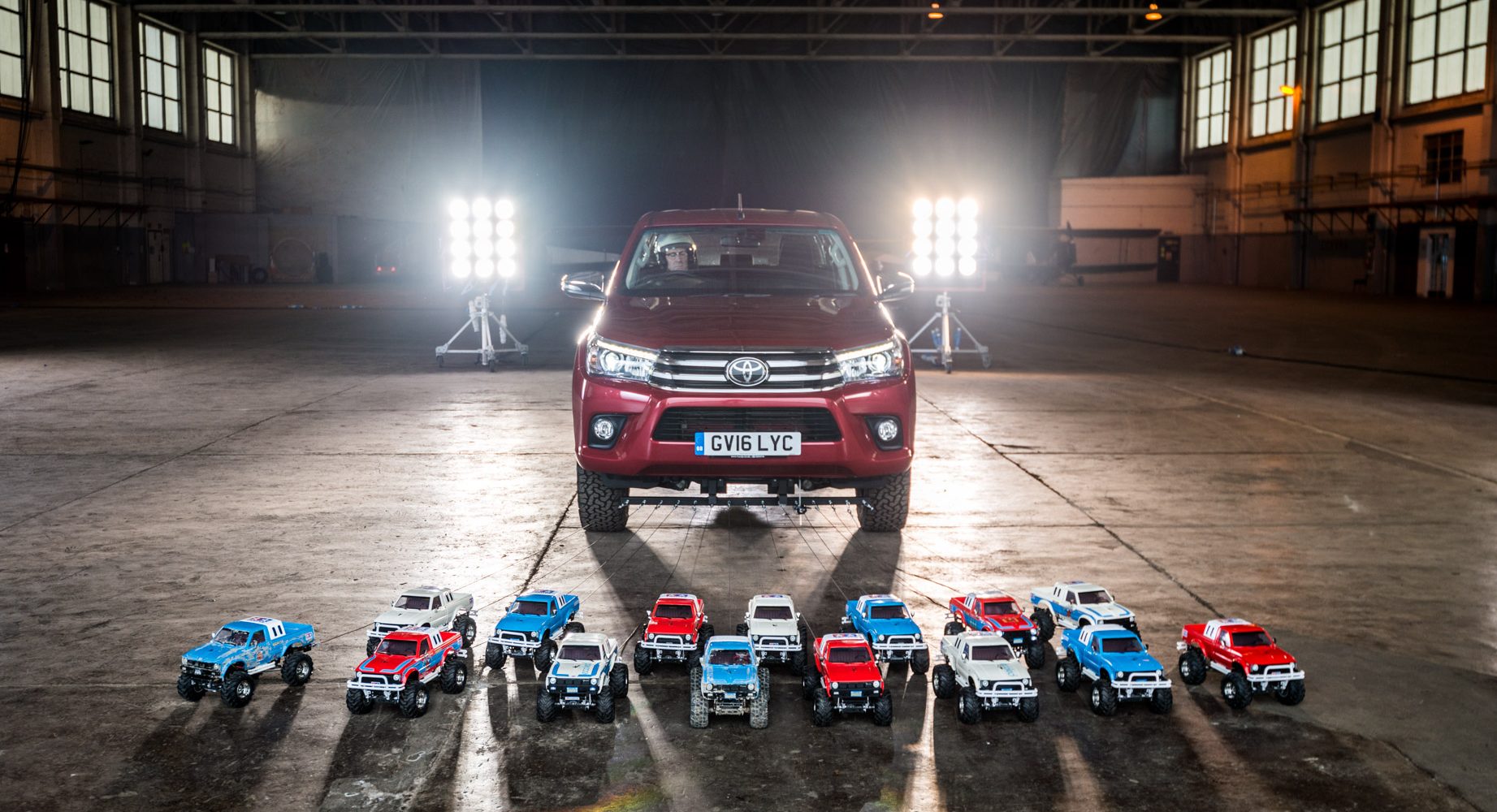 As possibly the most indestructible vehicle of all time, the Toyota Hilux is one of the most iconic machines on the planet.

But in the remote-control world, the Tamiya Hilux Bruiser 4×4 is just as iconic. 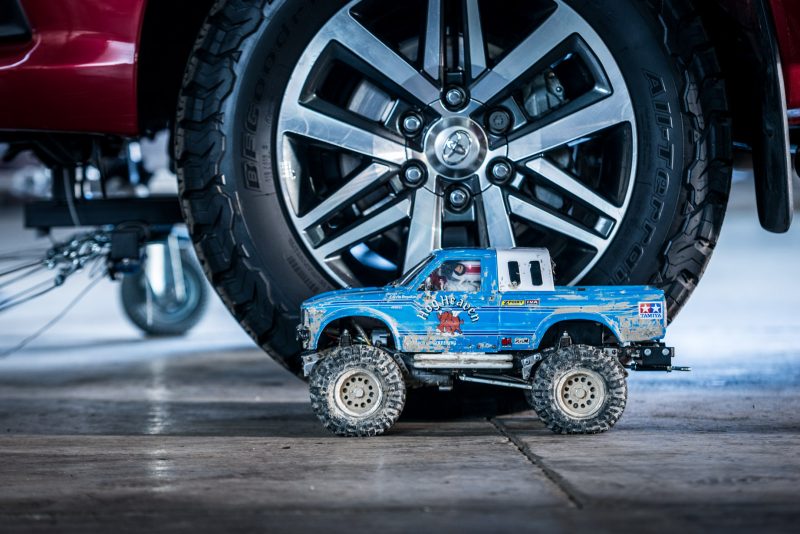 So what would happen if you took a fleet of Tamiya Bruisers to see if they could pull a full-sized, three-tonne version?

Well, Toyota got 15 of the little monsters to try to tow the latest version of the Hilux – and in a rather impressive feat the remote-controlled cars, which had a combined pulling force of 30kg, did indeed manage to take the strain of the full-size car.

In a re-enactment of a stunt by Toyota in the 1980s, this video was one of four challenges that saw the 1:10 scale Tamiya take on the full-size Hilux, and we’ll be honest… seeing these small cars pulling a rather hefty chunk of metal is really impressive.

It just proves that strength can come in numbers.