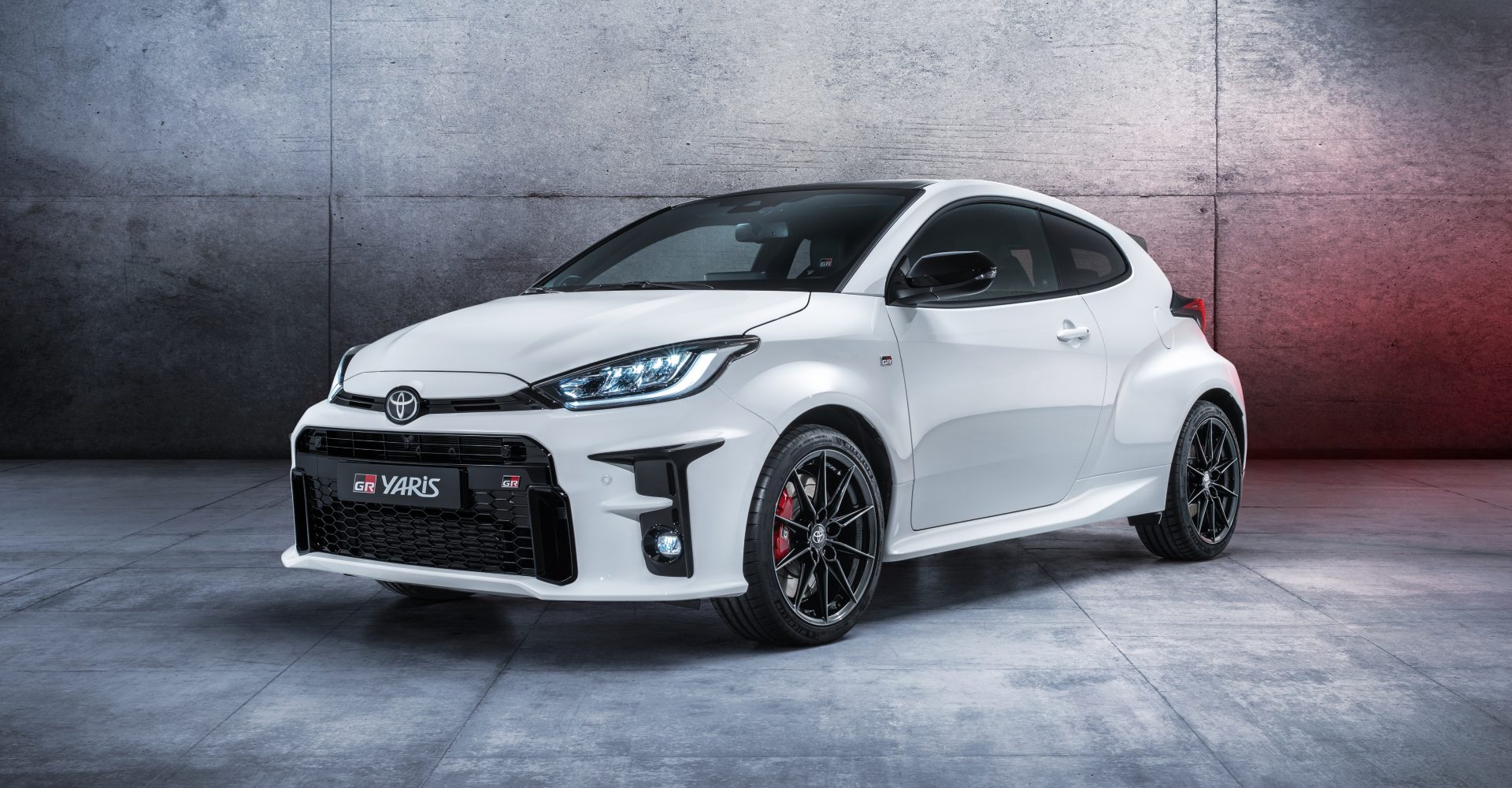 Toyota has lifted the lid on details of its upcoming GR Yaris, revealed today as a 257bhp all-wheel-drive hot hatch.

This variant of the Yaris has been developed in collaboration between Toyota’s Gazoo Racing performance division and Tommi Makinen Racing — which operates the Japanese firm’s World Rally Championship efforts.

Sitting underneath the bonnet of the GR Yaris is a 1.6-litre, three-cylinder engine sending 257bhp and 360Nm of torque to all four wheels via a six-speed manual gearbox. As a result, 0-60mph is dusted off in under 5.5 seconds while top speed is electronically limited to 143mph.

Key to containing this power is the car’s trick all-wheel-drive setup, which can be adjusted through a number of drive modes. In its standard setting, it delivers a 60:40 power split between the front and rear axles, with a more rear-biased 30:70 setting in ‘Sport’ mode.

When ‘Track’ is selected, an even 50:50 split is dialled in to maximise grip, though the car is capable of adjusting all of these automatically as it sees fit — with a theoretical range of 100:0 – 0:100.

An optional ‘Circuit Pack’ is available too, which brings a Torsen limited-slip differential to the package. In addition to that, a more focused suspension setup is included along with 18-inch forged alloy wheels wrapped in Michelin Pilot Sport 4S tyres.

This performance is matched by a far-from-subtle exterior. A wild visual overhaul has been brought to the Toyota Yaris to match its capabilities.

Up front, an aggressively-styled bumper features and heads up blistered wheel arches — with the rear bodywork swollen notably to accommodate the GR Yaris’ wider track width over the standard car. Rounding out the look is an extended rear spoiler, a dual-exit exhaust setup and GR badging across the car.

There’s no word yet on pricing or UK availability of the Toyota GR Yaris, though expect it to arrive on the market later in 2020.