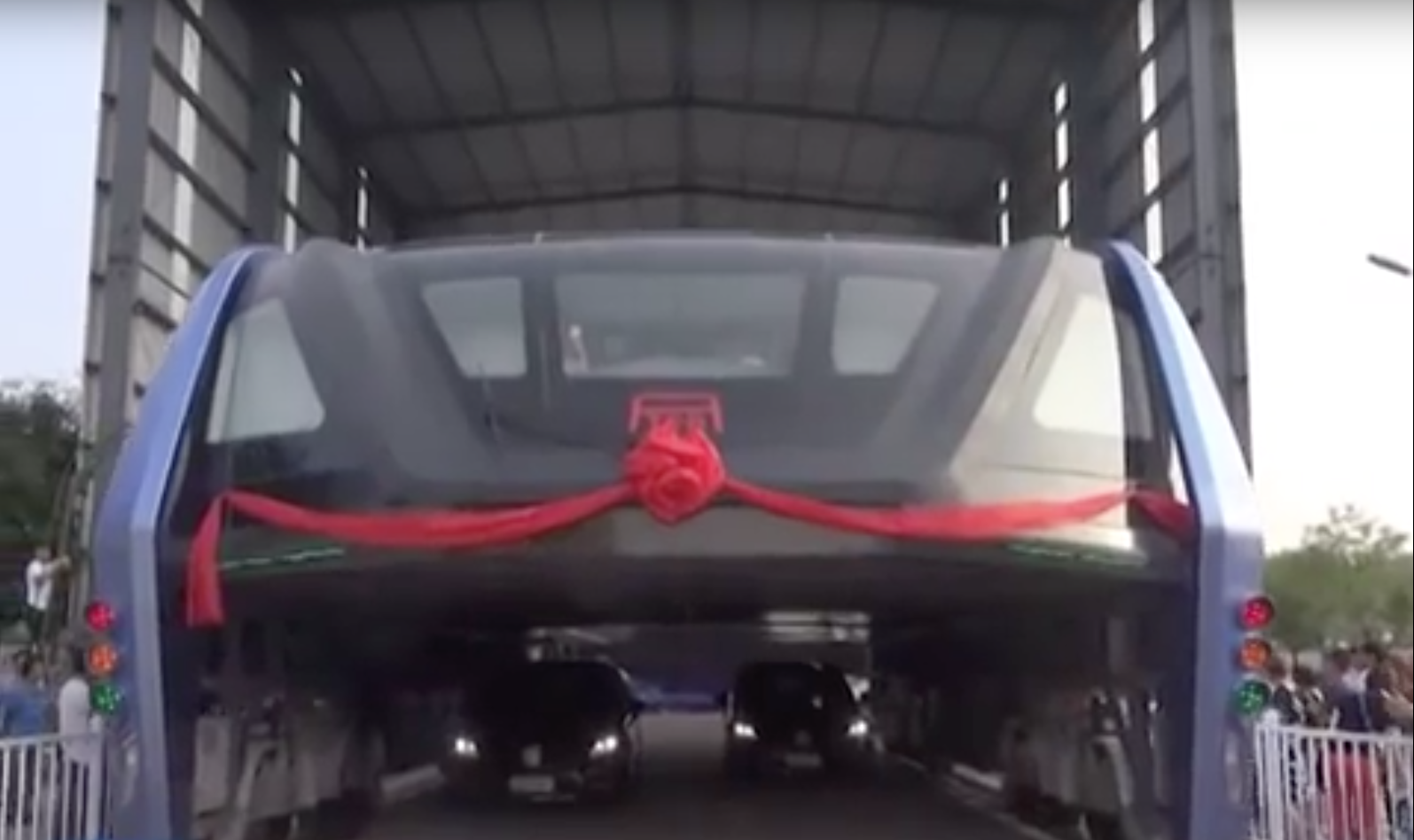 ‘Wouldn’t it be great if a bus could straddle over traffic?’

A question never really asked, but one that the Transit Elevated Bus aimed to answer, thanks to its 7.8m width and 2.4m height.

Thirty-two people from an investment company backing the towering Chinese concept have suddenly been arrested. But no, according to the company’s director of design, the firm isn’t corrupt at all.

The idea of the Transit Elevated Bus (TEB) – also known as the Traffic Straddling Bus –  was that the vehicle would trundle along special tracks, theoretically allowing it to drive over traffic.

It even got as far as a road test last August:

Many, though, were sceptical, particularly as to how the bus would negotiate tall vehicles. It didn’t help matters, either, when a New York Times reporter recounted seeing investors walking away with huge bags of money from the TEB’s head office.

According to the Beijing News, the project was a ‘fake science investment scam’ and ‘nothing more than a trick to attract investors’.

A video showing the ins and outs of it was made, which – if the claims of fraud are true – would undoubtedly have helped part people from their cash:

It certainly looked impressive, but we reckon the double-decker is safe for now…