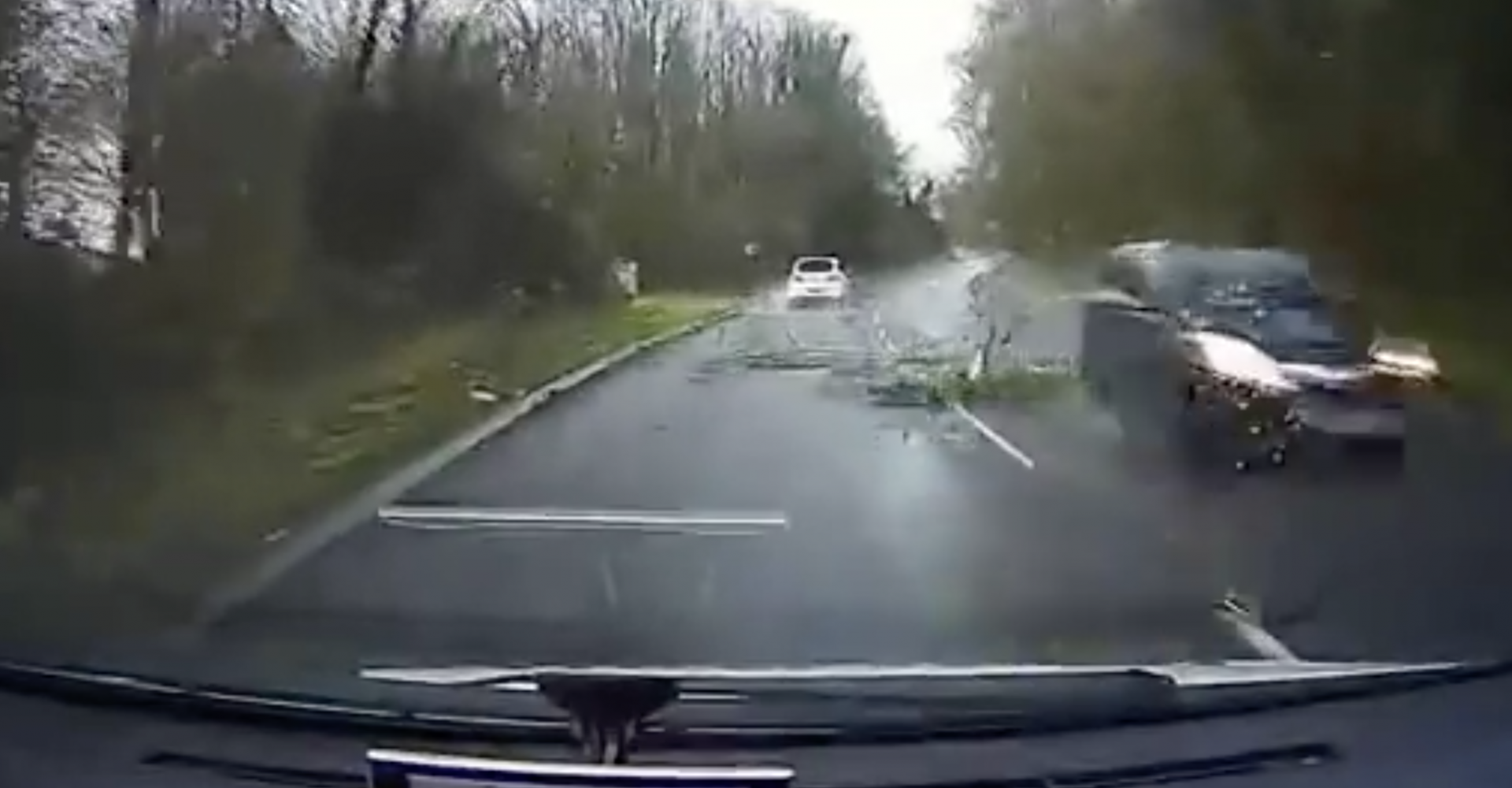 You come to realise this when you’re gently cruising along a busy A-road and are suddenly confronted by a falling tree.

Two drivers had a lucky escape when a tree struck the tarmac on a 50mph road in Chatham, Kent, on Sunday.

The nerve-racking moment was caught on dashcam by driving instructor Geoff Watkins, 33, while he was travelling with his five-month-pregnant wife Katie, 34, in his Toyota Yaris.

Hitting the clutch and brake just in time, Watkins came to a tyre-squealing halt, narrowly avoiding the fallen tree.

It looks as though the Corsa, driven by a chap in his 20s, took the brunt of things, with the bumper ripped from the vehicle, while the Yaris suffered some minor damage.

Watkins was reported as saying: ‘It’s the first time I’ve had a tree fall in front of me.’

Well, we guess there’s a first time for everything. We’re just glad that nobody was hurt.