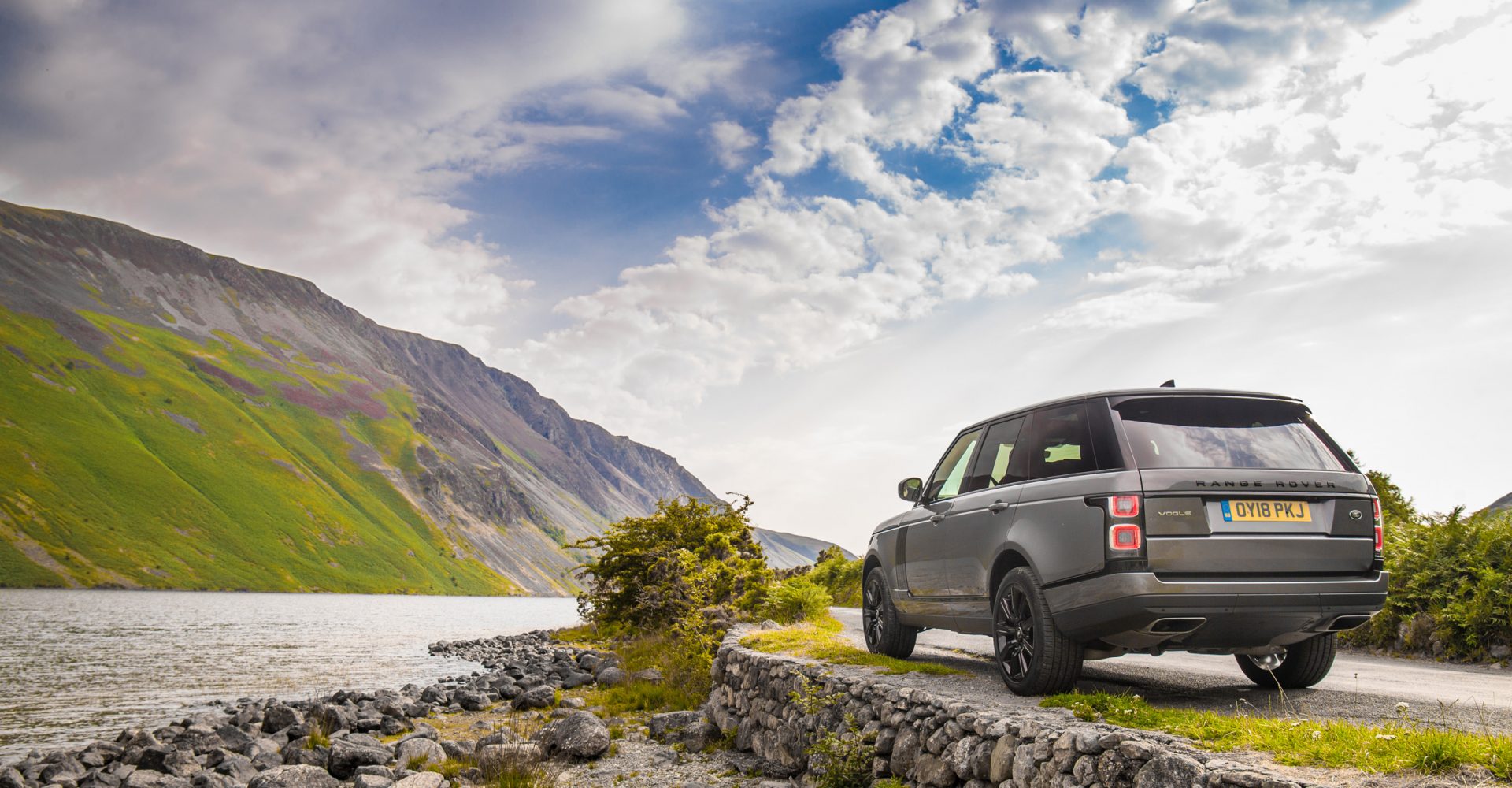 Staycation: it’s a word you’ll either love or hate.

For the detractors, it conjures up images of a week trapped in Butlins at Bognor, or sheltering your fish and chips from unrelenting rain on Southend pier.

With that in mind, we set ourselves a challenge: scope out a relaxed and luxurious mini-break, avoiding the hell of check-in desks and passport control.

For a destination, we settled on the Lake District: home of some of the prettiest vistas in the UK, but crucially, not too far off the beaten track either.

There’s plenty of plush accommodation on offer too: these days you’re almost tripping over five star hotels and Michelin-approved restaurants, some traditional, some more outlandish.

In the first class cabin

When it came to choosing a car, on the other hand, there was only one real choice. Something with a sumptuous interior, British heritage and go-anywhere ability? It had to be a Range Rover.

Our particular car certainly looks the part. With grey and black exterior accents, it might look more Financial District than Lake, but the inherent Range Rover classiness still shines through. 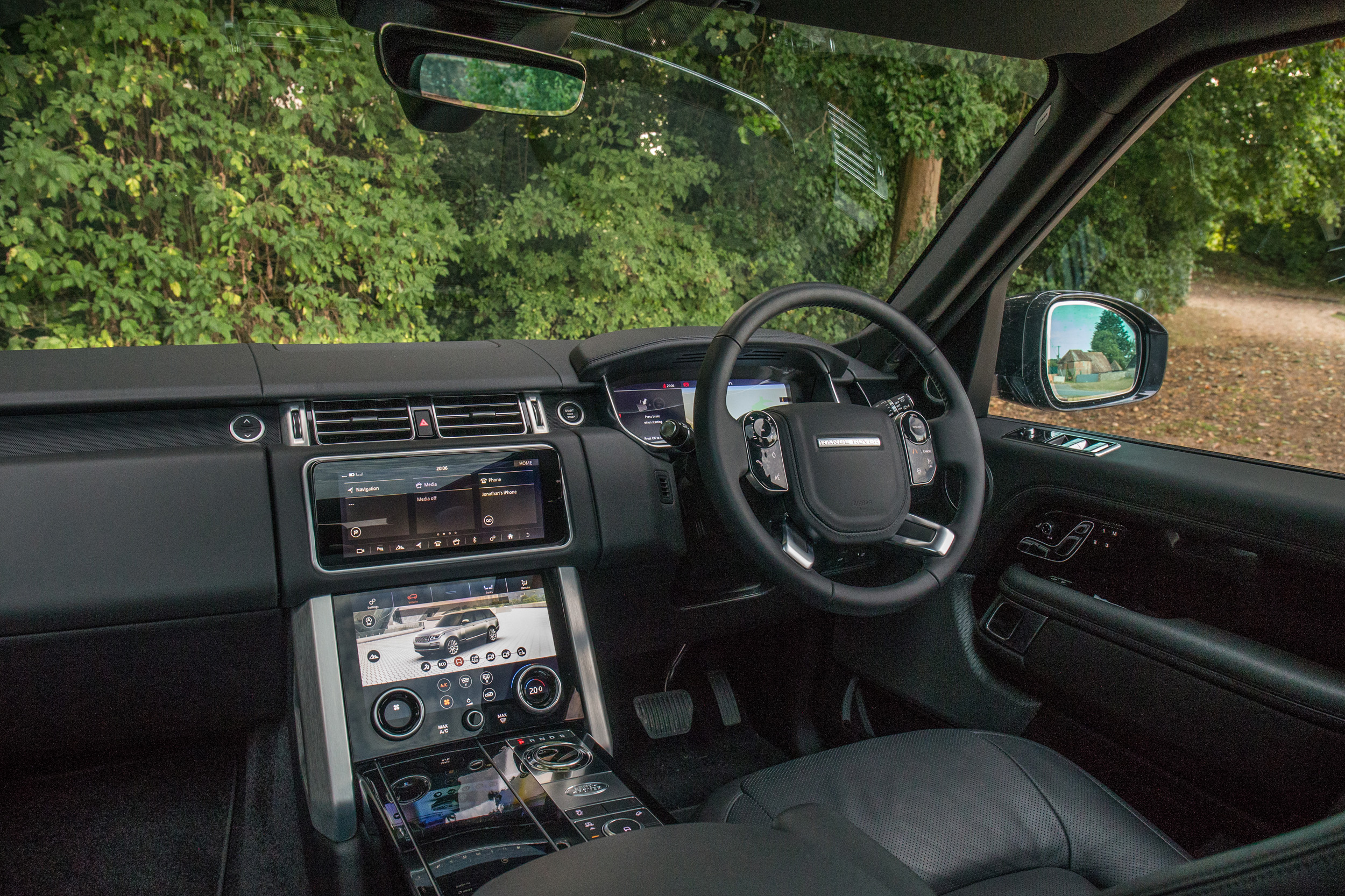 Inside, things are just as premium. Our Rangie is in Vogue trim – technically the ‘entry level’ option, but hardly spartan either. Sumptuous armchair-like leather seats, premium-feeling materials and huge expanses of glass all round mean that the Range Rover feels practically palatial to sit in – and above all, very relaxing too.

That’s no bad thing when you have a 300 mile journey ahead of you and, unsurprisingly, five hours after our departure from the south coast we arrived in the Lakes fresh as a daisy. 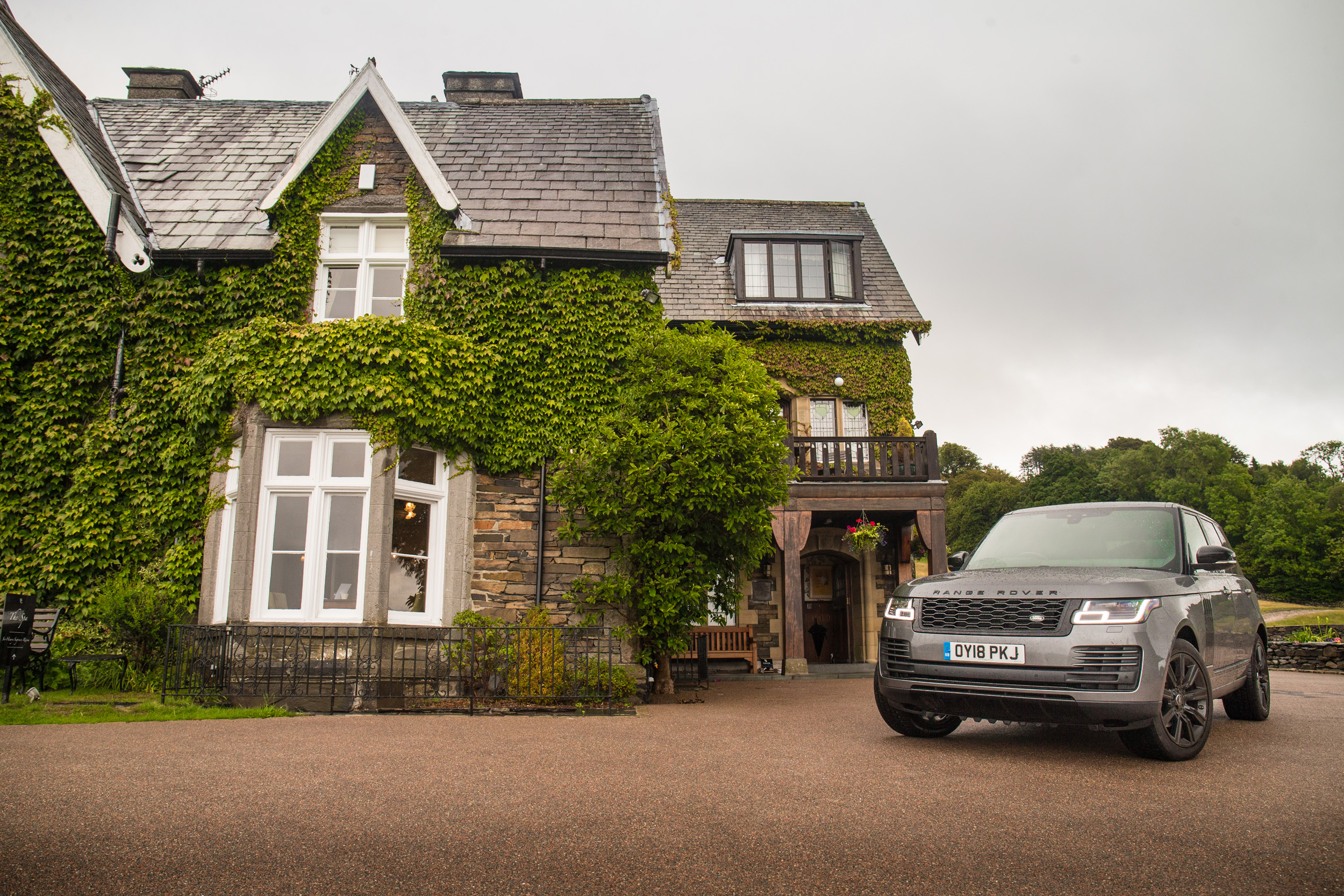 Room with a view

Our first stop is the suitably ornate-sounding Holbeck Ghyll: a boutique hotel and restaurant, perched discretely on a hilltop above Lake Windermere.

If the name sounds familiar, it could be because none other than Steve Coogan and Rob Brydon dropped in here nearly a decade ago, just one restaurant visit of many in their semi-fictionalised series The Trip.

Tempting as it was to go all out in an homage to the series – which would mean loudly recreating Brydon’s often unwarranted impressions of Sir Anthony Hopkins – we played it safe and mutedly sampled the cream tea instead.

The Range Rover certainly looks at home here too, sitting proudly outside the building’s ivy-covered facade. Appropriately enough, the pair from The Trip arrived here in exactly the same way: choosing a previous-generation Range Rover for their travels.

With scones eaten and Coogan’s “Hello, my name’s Holbeck Ghyll” line ringing in our ears, it was time to move on. 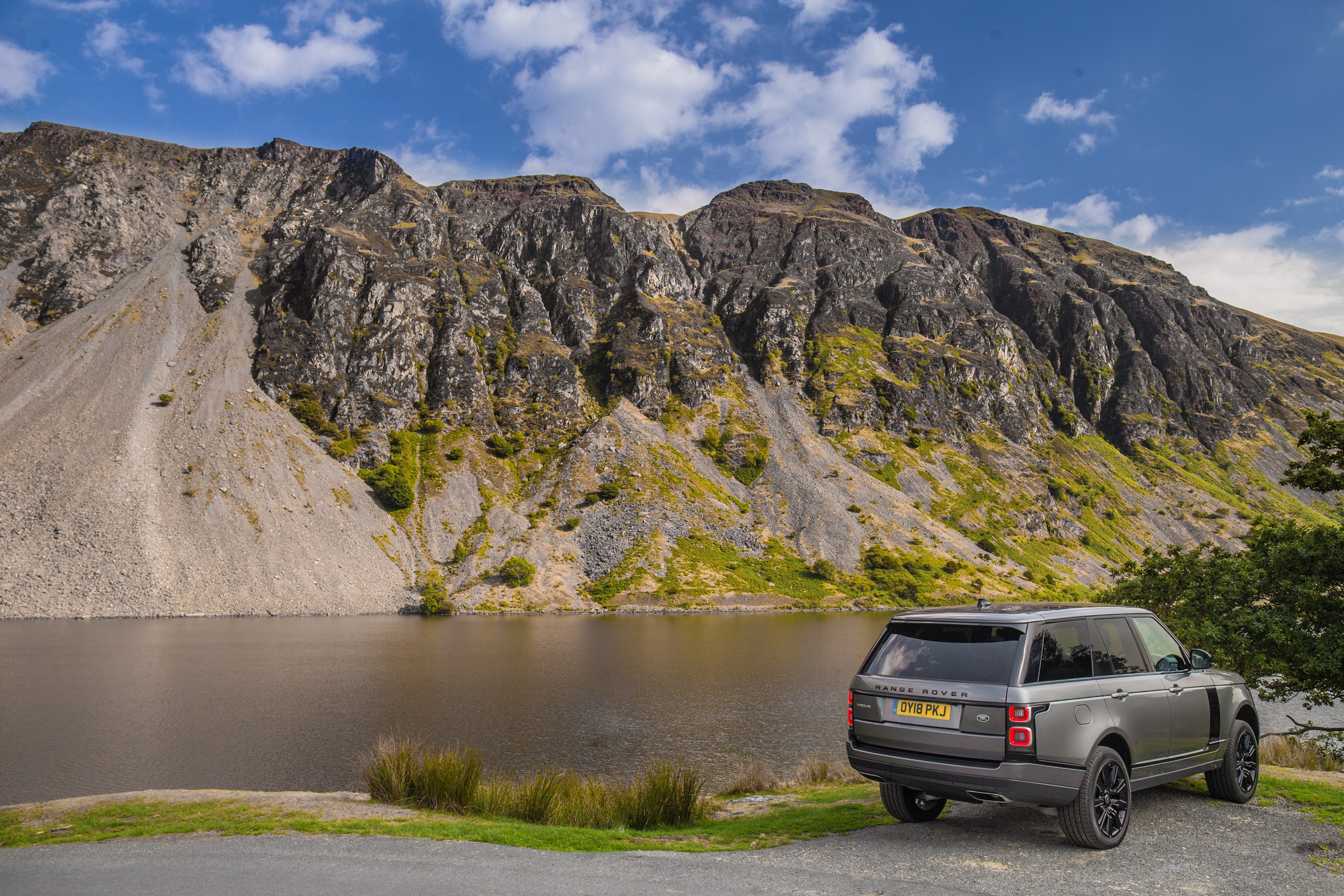 As QI viewers will happily remind anyone, not every area of water in the Lake District is as the name suggests. Lake Windermere is – unsurprisingly – a bone fide lake, but the area is also littered with hundreds of ‘water’s – smaller bodies of H2O that don’t quite get the same attention.

One such example is Wast Water: something of a hidden gem. Nestled in the foothills of England’s highest mountain, Scafell Pike, you won’t find hoards of mac-wearing tourists hopping onto boat trips here – even nearby Three Peaks Challenge walkers pay it no mind. 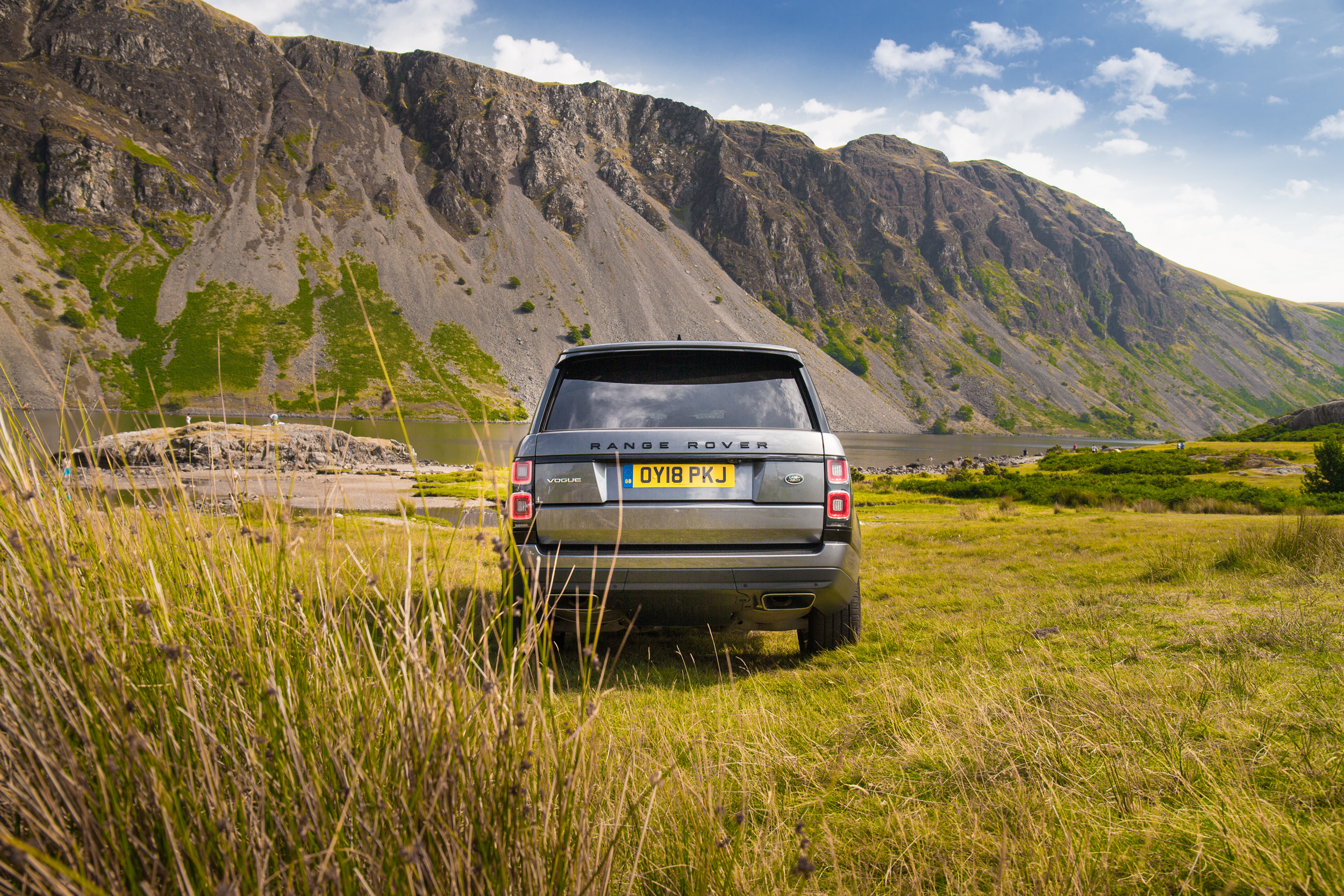 Flanked by impossibly steep, volcanic-looking mounds of rock and gravel, it’s a gorgeously moody body of water that entices you into its inky-black depths. Surprisingly, it’s also one of the few places in the Lakes suitable for wild swimming – providing you can stand the water’s often glacial temperatures.

Brave the cold and you’ll be rewarded with a  very serene dip indeed – though being just a few steps from the Range Rover’s heated seats and steering wheel certainly helps. 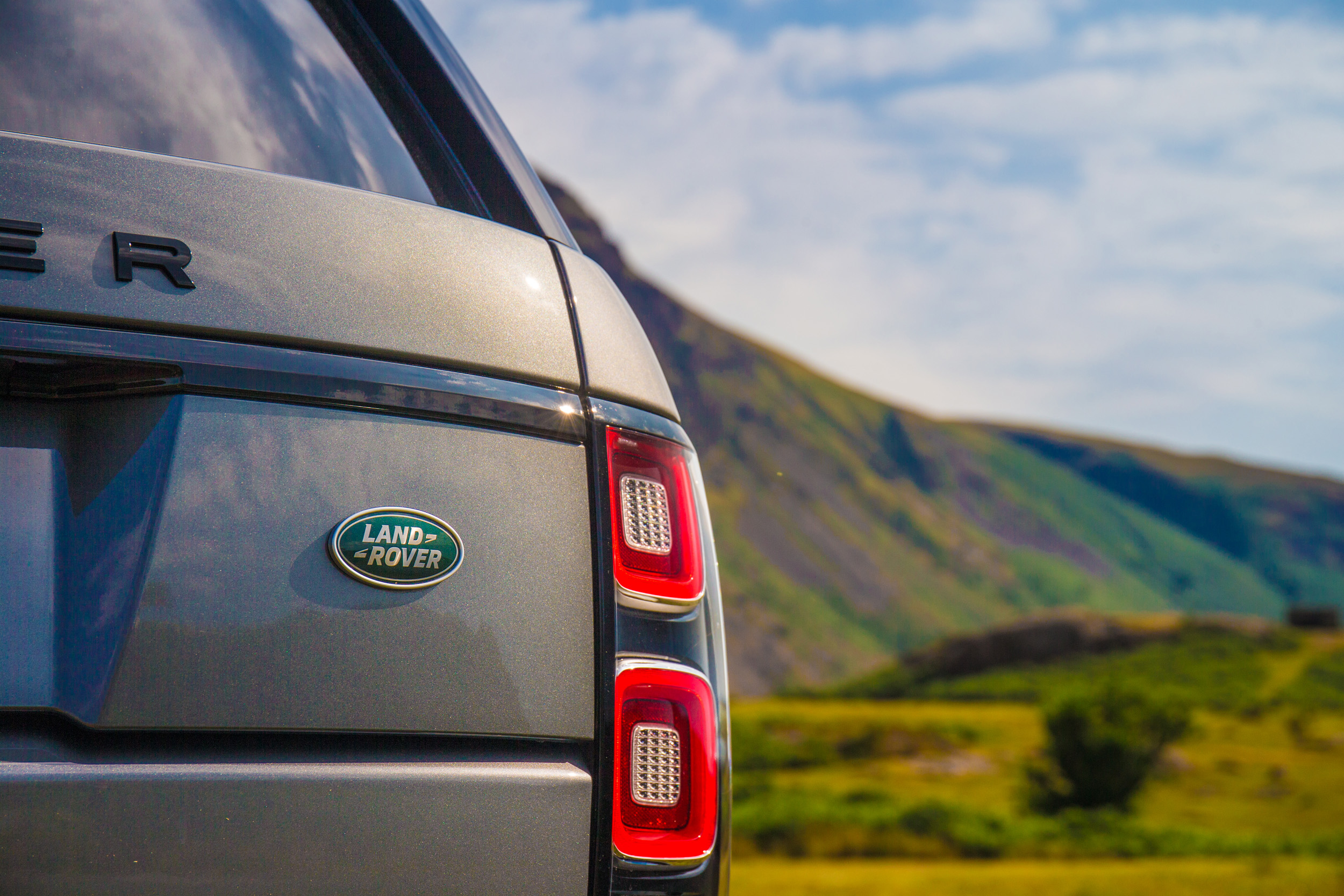 This unspoilt nature comes at a cost, of course – there’s not exactly a dual carriageway to reach the more mountainous bits of the Lakes. Cumbria’s craggy, unkept back roads are no match for the Range Rover’s permanent four-wheel-drive and air suspension of course, though we’d be lying if we said it felt as nimble as nimble as the locals’ narrower – and considerably more battered – Defender 90 and 110s.

Our car’s comparatively small 3.0-litre V6 diesel felt perfect for the job, though: responsive, torquey and smooth without really raising its voice, we can’t see why you’d choose the heavier V8 instead. 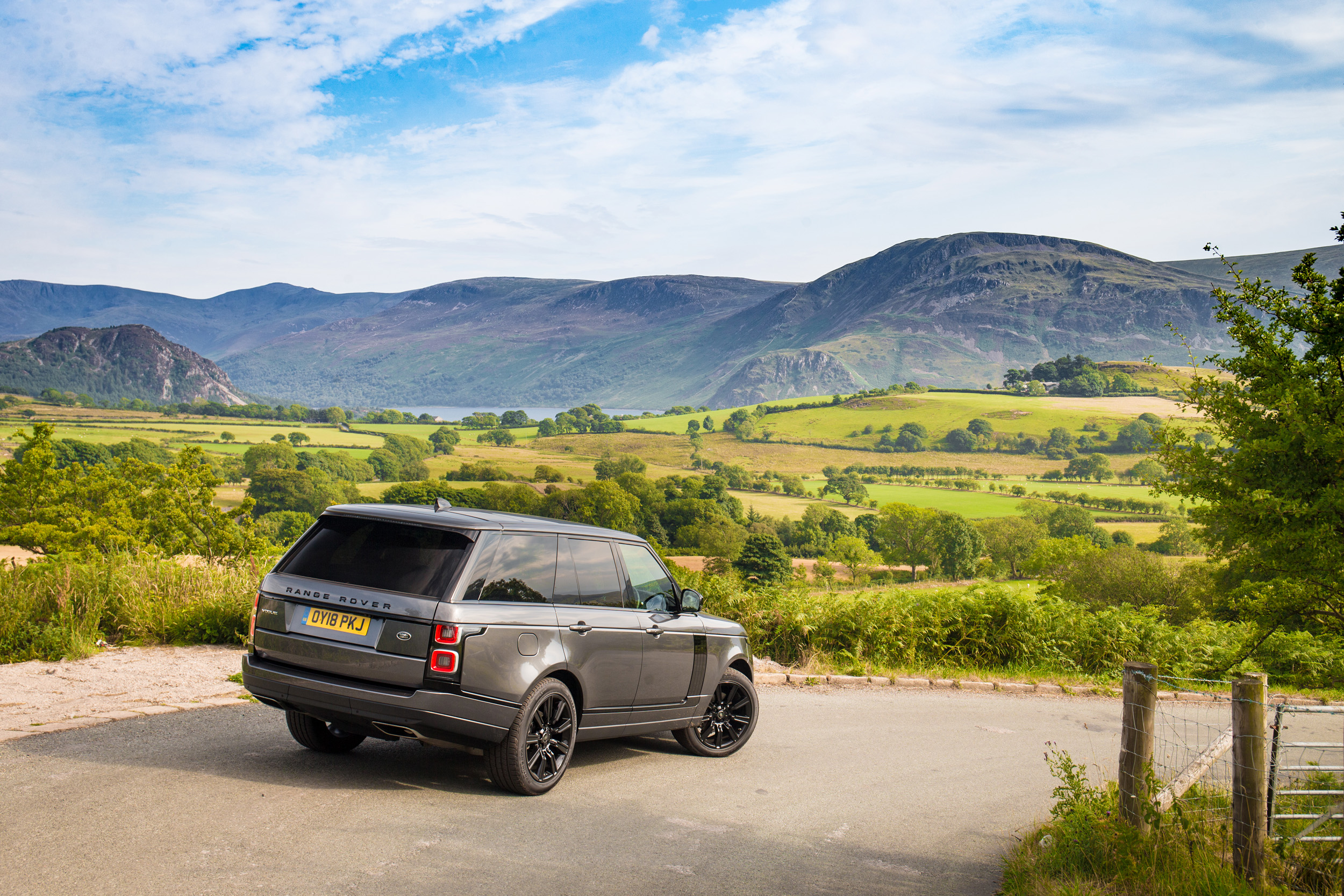 There’s something more unquantifiable about driving the Range Rover around landscape like this, too – it feels utterly at home, and you can’t really place why.

Logical thought would dictate that any luxurious 4×4 should elicit the same response; and yet, we can’t imagine a Mercedes GLE or an Audi Q7 would feel like it belongs on the shores of Coniston or Ullswater.

Maybe it’s the little touches that make outdoor life easier – the split-fold tailgate that provides a handy bench for slipping in and out of wellies, for example, or the chunky controls that can still be operated while wearing gloves. 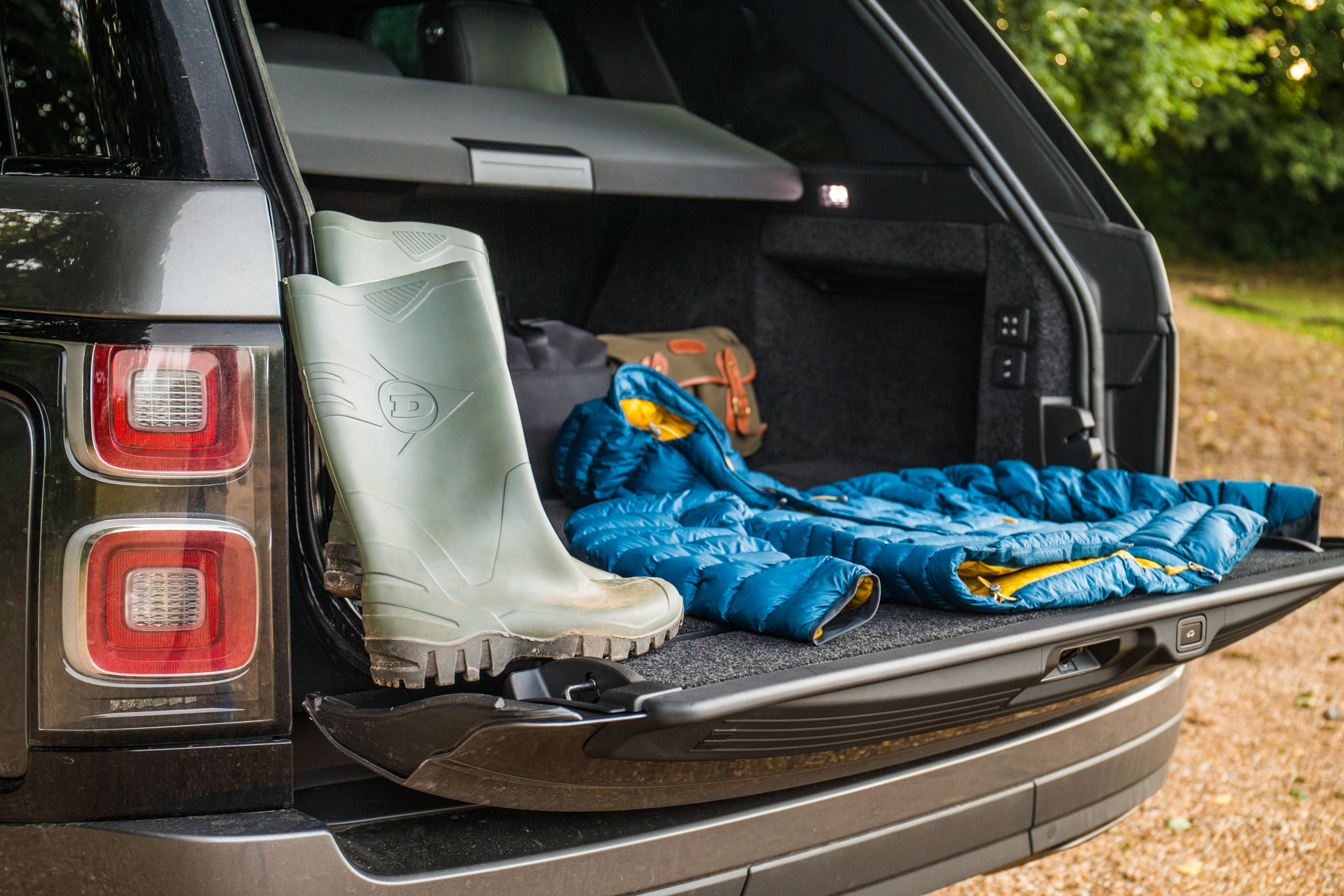 Our final stop is a little more well-known, and like the Range Rover itself, certainly has some provenance. The village of Grasmere is one of the quainter sights of the Lakes – not yet taken over by the Costa Coffees of this world, it has a surprising number of claims to fame for such a small place.

One is William Wordsworth – he of “I wandered lonely as a cloud” fame – whose famous residence, Dove Cottage, is something of a mecca for fans of the Lake Poets.

We’re much more interested in its cuisine though: namely its gingerbread, which is still made to the same ‘secret’ recipe in an authentically ancient-looking shop to this day.

Clearly they’ve been doing something right for the last 200 years though – the 19th century shop still draws an impressive queue of customers, even on a rainy weekday.

Surprisingly, it has customers who are prepared to wait even longer for a taste: its website has built-in translations into Chinese and Japanese, such is the demand for their secret recipe over 4,000 miles away. 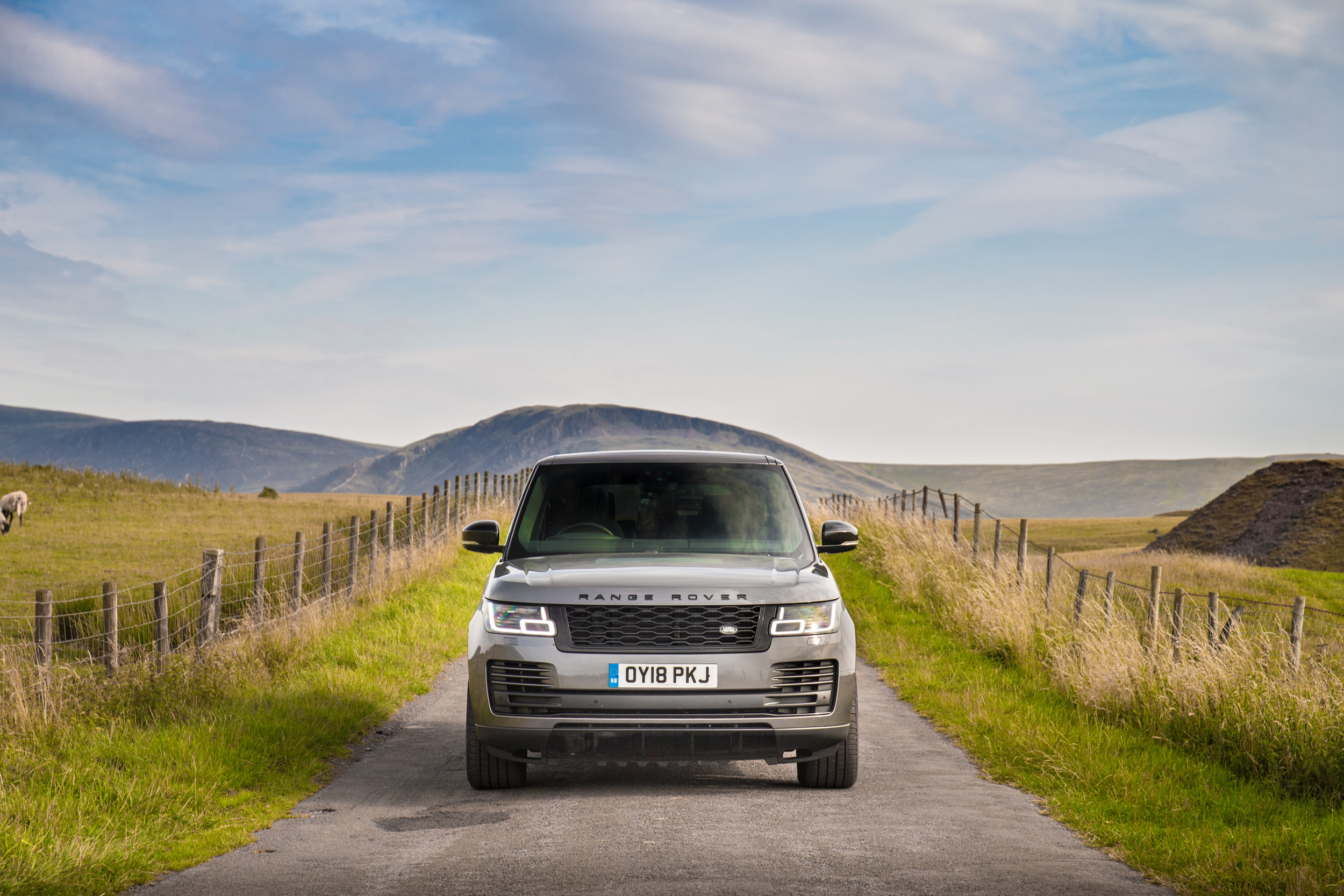 In a way, then, it’s not dissimilar to our Range Rover. Built to the same recipe and in the same factory, but updated for the customers of the 21st century – whichever nation they might reside in – it still has something unique to offer.

As to whether our trip was a success, I think we can surmise that Britain has a lot more to offer than we might imagine – and plenty of it is tucked away out of immediate reach. It certainly helps, of course, when you have a machine that’s as capable of eating up the miles – whether on or off the tarmac – as a Range Rover.