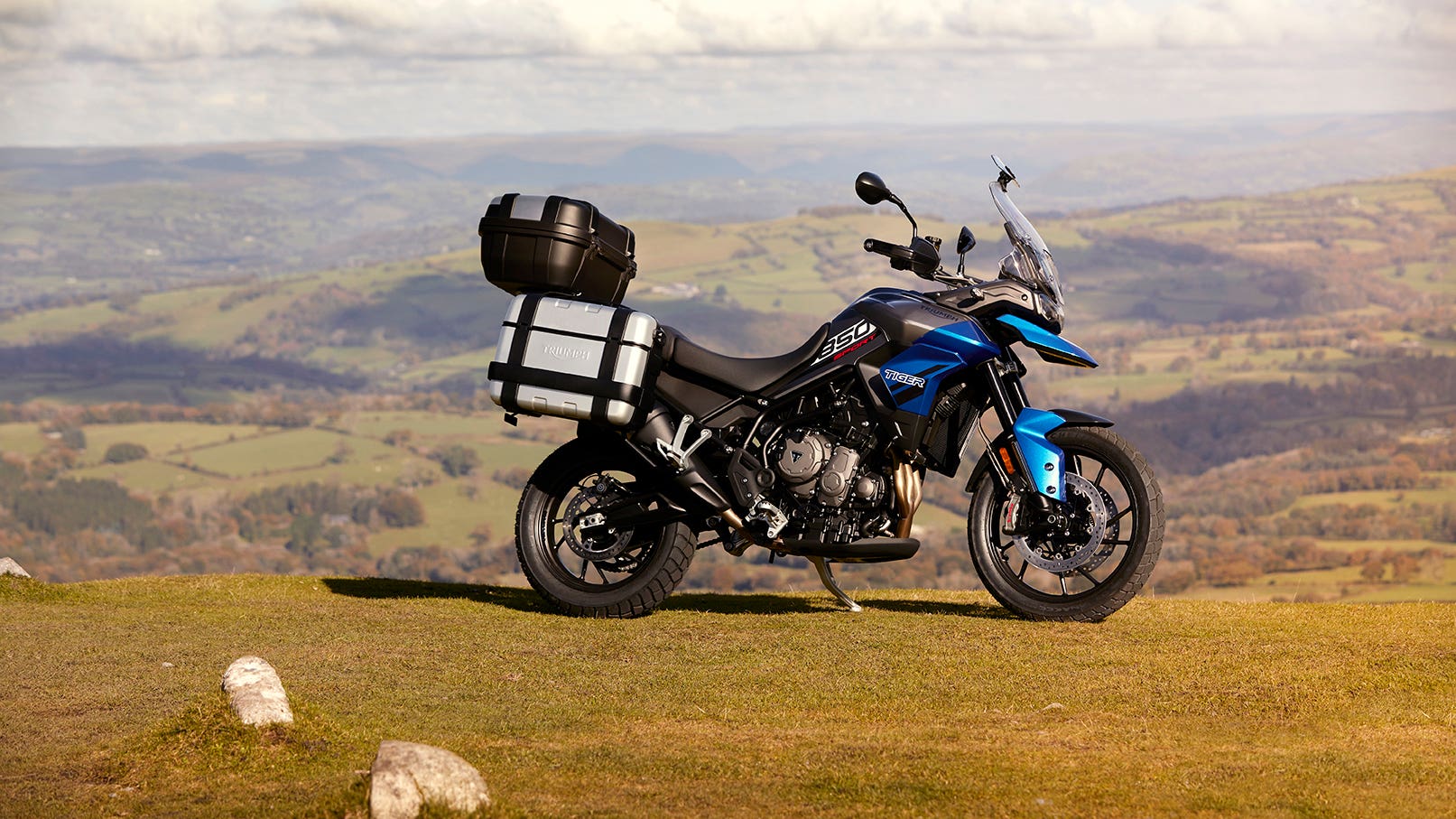 Triumph has released a new entry-level model in its popular Tiger range – the Tiger 850 Sport.

It’s powered by an 888c triple engine with 84bhp, which is slightly less than the 94bhp you’ll get from the Tiger 900, despite the pair sharing the same powerplant.

Priced from £9,300, the new Sport is also A2-licence compliant, which means that those new riders currently holding an A2 licence will be able to ride it.

A new five-inch TFT screen gives clear readouts to the rider, while road and rain riding modes – each with their own dedicated throttle and traction control maps – allow the rider to tailor the bike’s responses to the conditions. There’s also a power socket to help with charging devices.

Both ABS and switchable traction control come as standard, too, while an adjustable screen is fitted up front.

There’s also the choice of two new graphic schemes designed for the 850 Sport, allowing the buyer greater control over the motorcycle’s looks.

A suite of accessories is available too, with luggage sets enhancing the Sport’s cross-country credentials. The motorcycle is also accompanied by a two-year unlimited mileage warranty, while service intervals have been extended to 10,000 miles over the older entry-level Tiger.