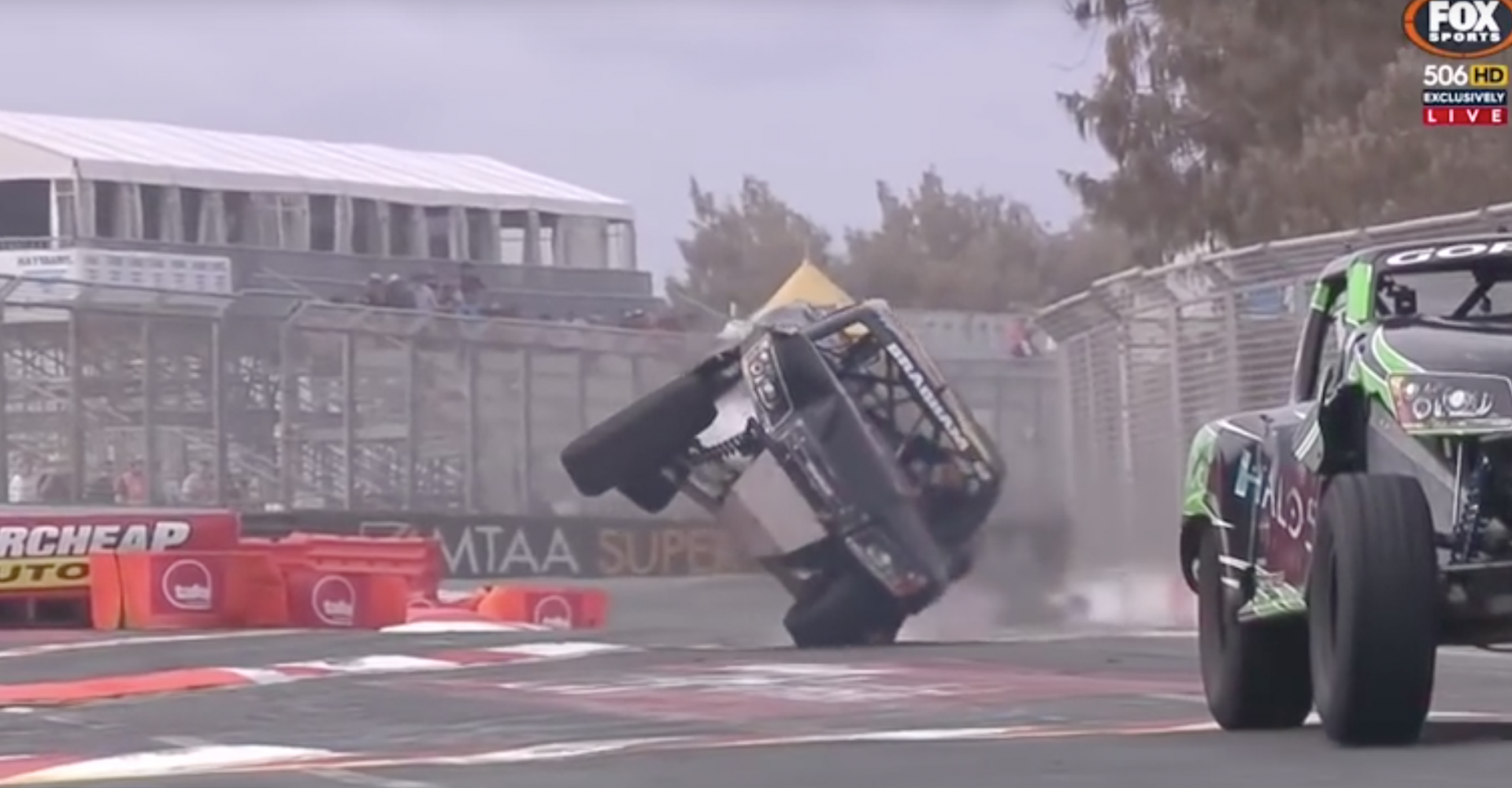 If bouncy balls were let loose on a racing track, we imagine it would look a little like this…

The almost-crash happened at a Stadium Supertrucks event in the States, and the pick-up’s mad recovery is mostly due to its long travel suspension.

That, and driver Matt Brabham’s balls of steel.

Carrying on driving as if nothing happened, it was only later in the race that Brabham suffered the consequences of the incredible bounce back.

What we can only assume is a failure related to the crash sends him straight into the barrier, caving in the truck’s front end.

This meant an end to Brabham’s race, but judging by his earlier recovery, we doubt it will be long before he’s back on track.