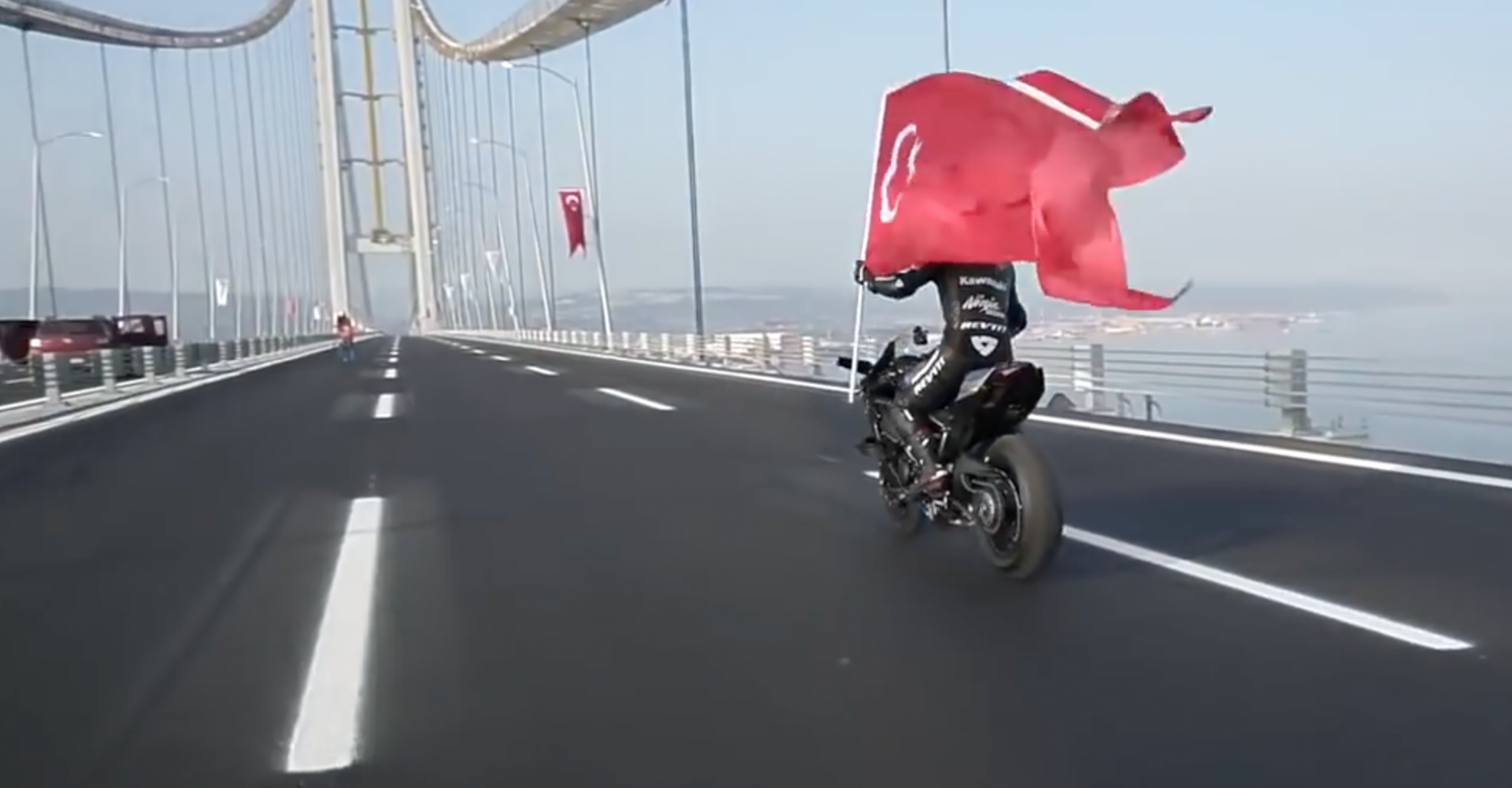 Think about the fastest you’ve ever driven.

Chances are, if you’re a law-abiding citizen, that will be somewhere in the region of 240mph.

And we’re all law-abiding here – aren’t we?

Kermit aside, what if we told you that figure still doesn’t match the speed reached by reigning World Supersport champion Kenan Sofuoglu aboard Kawasaki’s supercharged H2R.

That’s right. The Turkish racer reached 400kph – 249mph – on the carbon-fibre dream machine, which has been dubbed ‘the most extreme production bike on earth’.

Reportedly, the stunt was part of the bridge’s inauguration. We certainly hope the regular users don’t take a page out of Sofuoglu’s book when it opens for business…