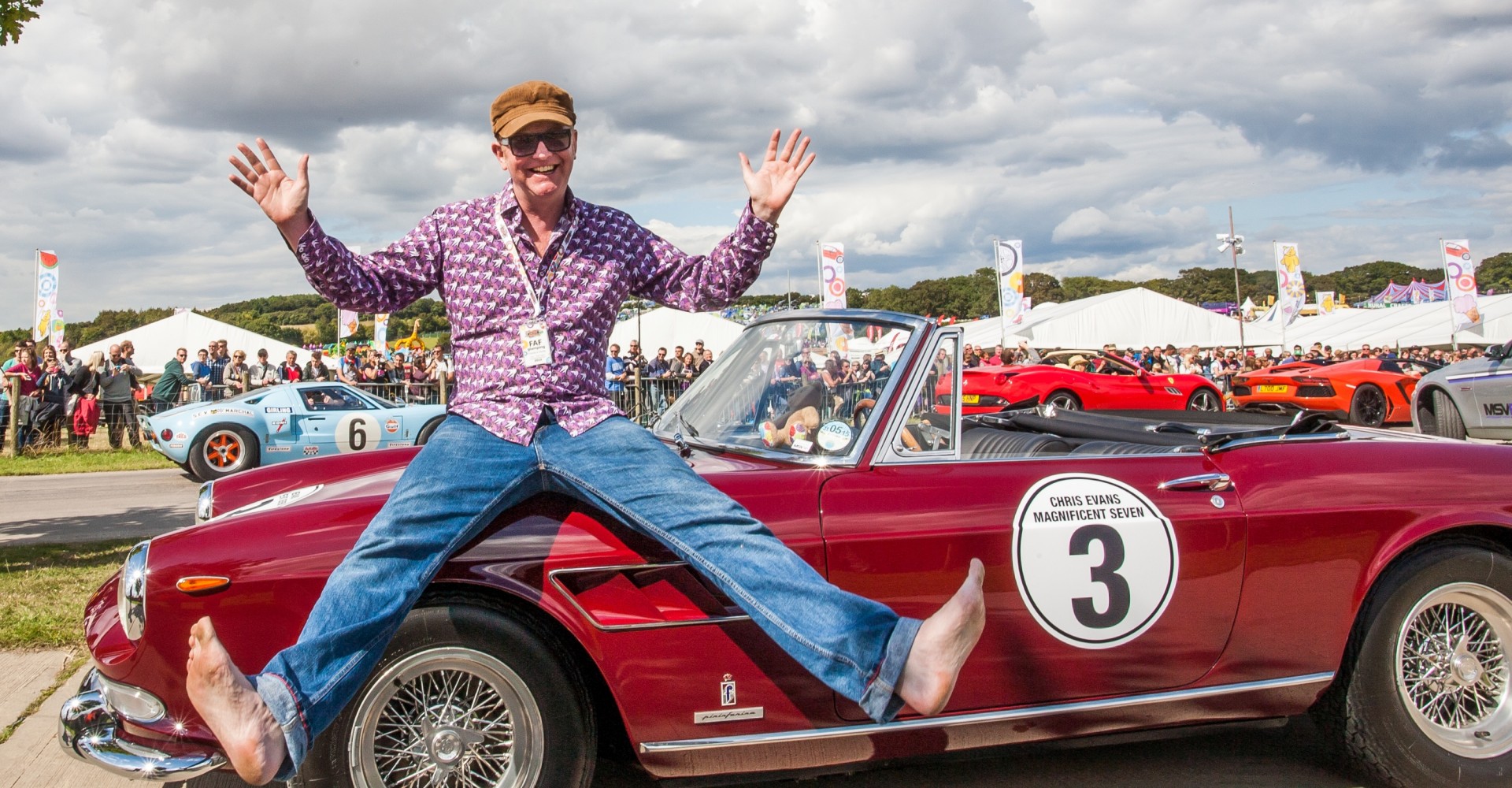 We sort of guessed it would happen on Friday. Sort of. Chris Evans has been confirmed as the new host of Top Gear and will lead an “all new line up”.

The red headed Radio 2 breakfast show host was named the new man in charge of fast cars on telly at 7.15pm last night and ever since then the world of Twitter has gone crazy.

We can exclusively confirm that @achrisevans will be jumping behind the steering wheel to drive #TopGear into a new era.

But being BBC Two not many people noticed. But then Evans himself got involved.

First tweet as new Top Gear host. I would like to say Jeremy, Richard & James are the greatest. And NO I'm not leaving the R2 Breakfast Show

LOTS of people noticed that. Then many, many, many people reminded Evans of this…

Meanwhile, back in the present, former presenter May was backing his mate…

Well: best of luck to @achrisevans and the future of Top Gear (b. 1977). That's a ballsy call, frankly, and to be admired.

Ah, isn’t that sweet. Unfortunately (for Evans) “The Chef” was behind him too

Congrats @achrisevans on getting the top job! Give it the beans matey it will be great! #TopGear

We’re starting the Don’t Whatever You Do Give James Martin A Co Host Job campaign right now… Fortunately the world of football was pleased.

Congratulations @achrisevans on being the #TopGear host. And to the BBC on a great appointment. One of the finest broadcasters of our time.

Because, obviously, Linekar speaks on behalf of the World Of Football. Even Mike Brewer was happy…

Well done to the nicest most mental guy in television @achrisevans he'll do a cracking job.

As was Jake “Used To Do Formula 1” Humphrey…

But then there was *some* disquiet in the ranks. That mouthpiece of middle England, Katie Hopkins, chucked her oar in (when does she not?)

Chris Evans takes on Top Gear. Or at least, takes on a car show for @BBC There's only one @JeremyClarkson. #TopGear

Did you get that? No us neither. It was just noise.

Piers Morgan tried to be funny.

I was too expensive, sadly. #TopGear

Chris Evans is trending and I think there's exciting new Captain America/Avengers news. But there's not. So disappointing.

Fortunately The Mirror had the answer…

Thanks for clearing that up.

As one wag pointed out, at least the BBC producers will now be safe from Hangry presenters…

Smart move from the BBC to protect their producers. As of today the most punchable man in the room will always be Chris Evans.

But there’s been no word from Clarkson yet, who is possibly still in the process of complaining to Bill Gates. Or a double glazing salesman…