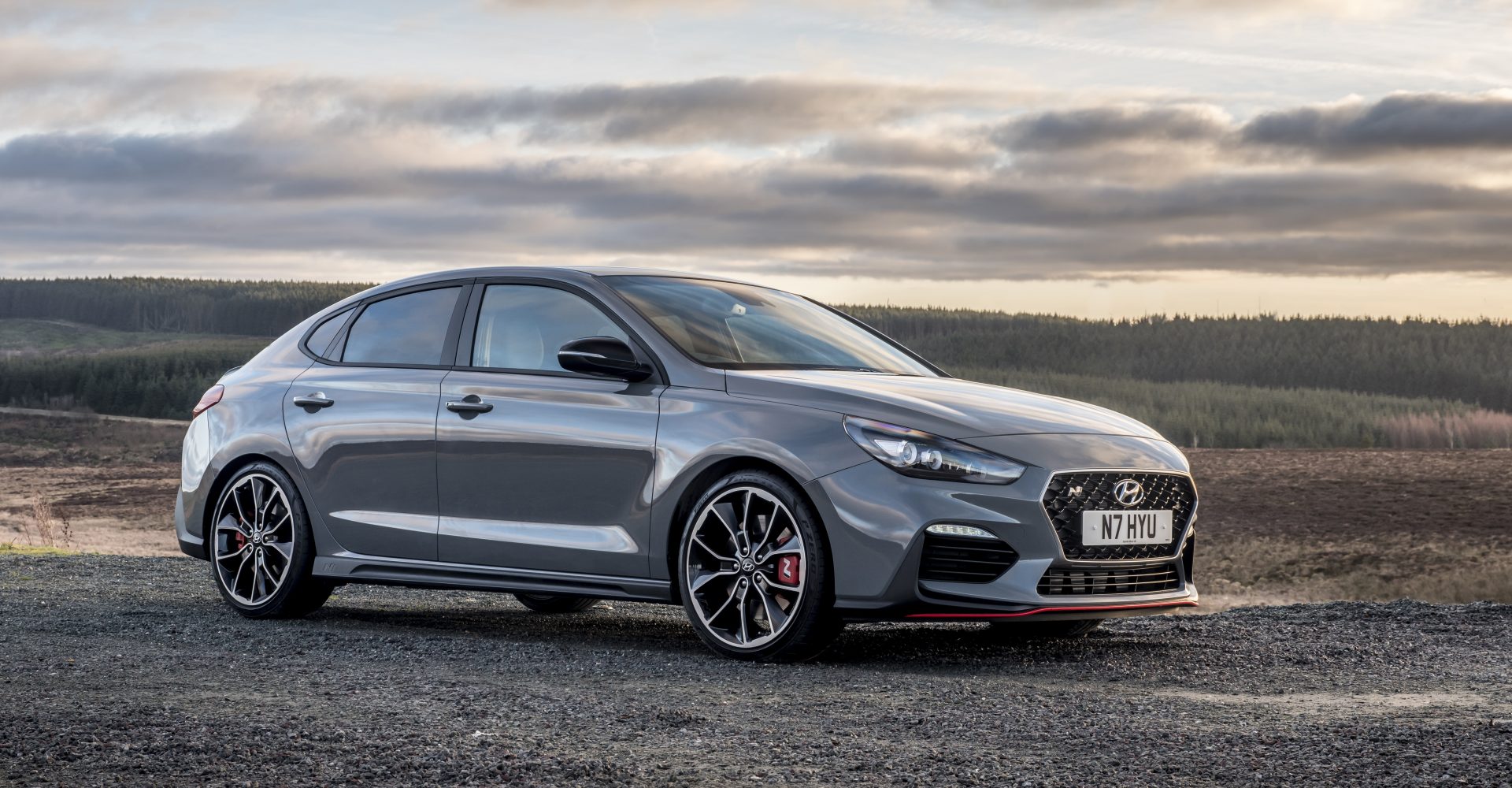 When Hyundai burst onto the scene with its first ever hot hatch in the i30 N, boasting of a former BMW M division man at its helm, the car industry was skeptical. However, it quickly became apparent that what the South Koreans had built was brilliant to the point of instantly becoming one of the top three in the segment.

To expand the model’s appeal and make the most of the good press, it introduced a second performance model, based on the i30 fastback, a swoopy-backed version of the hatchback. At the launch in sunny Gran Canaria we were fans, but Britain’s battered Tarmac has made a habit of being the undoing of many a front-wheel drive performance car – can the Fastback continue the success of the hatch?

If you ignore the fact there’s now a sloping roofline and a flick of a rear spoiler in placing of the old squared off boot lid, there’s not a great deal changed between the models – if it ain’t broke, don’t fix it, after all.

Therefore, it gets the same 271bhp 2.0-litre petrol engine and the electronic differential on the front wheels keeping the power in check. There are a few more minor aesthetic touches inside and out to differentiate the models, but it’s largely as you were. Perhaps the only other change of note is that the lower-powered, non-Performance variant is not available on the Fastback.

Officially, the engine is a 2.0-litre T-GDi – but don’t let that errant D fool you into thinking this is a diesel-powered, left-field hot hatch, because that’s Hyundai-speak for a petrol engine. It’s a turbocharged four-cylinder unit that pairs that 271bhp output with 353Nm of torque, fed to the front wheels through a six-speed manual gearbox.

As with many of these relatively small capacity turbocharged engines, there’s a real punch in the mid-range of the rev band that accompanies enthusiastic throttle inputs. While it might be slightly down on power to rivals such as the Honda Civic Type R, you’re never left wanting more, and it certainly feels faster than the figures suggest.

The i30 N is an absolute riot to drive, so it’s no surprise that the Fastback N is more of the same. Keep that punchy engine in the power band and there’s always a sense that power could overcome the front wheels’ grip, but it’s just on the right side of sensible, making it fun and frantic without getting pulled left and right by torque steer.

Many have mocked the endless combinations available in the driver mode menus, but the reality is you’ll probably keep it to comfort for normal driving – where it’s barely less comfortable than a standard i30 – then find a combination that suits you for fast driving in the customisable N menus and leave it at that. It means there are two distinct characters for different scenarios, making the i30 Fastback N easy to integrate into daily driving duties.

The i30 Fastback carves out something of a nice for itself – there aren’t many coupe-esque versions of everyday hatchbacks on the market. The N version, therefore, already starts with a sleek base, and adds plenty of racy extras like a rear diffuser and more aggressive-looking front bumper.

Beauty is in the eye of the beholder, but to our eyes the N treatment suits the hatchback better. It has a boxier, butch appearance that suits its aggressive nature well, while the sleek roofline is slightly at odds with it. Both look great in isolation, though, and offer more subtle looks than some rivals.

While Hyundai has made great strides in many areas, one where it’s still lagging behind a little is the interior – it’s good, with some soft materials and decent technology available, but it feels a bit dated in places, particularly the infotainment screen and its surrounding buttons.

The Fastback N is a step above regular models though, with sporty-looking red trim on the comfortable suede seats, aluminium pedals, and a leather-wrapped steering wheel with drive mode buttons. It’s pretty spacious up front, too, though rear passenger headroom is impinged on somewhat by the sloping roof.

With prices starting at a fiver under £30k, Hyundai has added a fair bit of kit alongside the numerous technical upgrades to justify the price tag. There are 19-inch alloy wheels, electrically adjustable heated front seats, LED headlights, privacy glass, climate control with an automatic de-fog system for the front windscreen, cruise control, and an eight-inch infotainment system with built-in satellite navigation.

There are no optional extras to bump up your specification – the N Performance variants get everything included. However, you can personalise your Fastback N with a choice of six colours, including two shades of grey, as well as white, black, red, and the fantastic signature blue.

The Hyundai i30 N set a high-performance benchmark for the firm’s performance car division’s follow up models. With this Fastback being largely identical to that, it’s no surprise that it’s just as fun to drive, with its endlessly configurable drive modes meaning it can be configured to suit every type of journey.

Commanding just a £500 premium over the hatchback, which one you choose largely comes down to preference over the way it looks – either way you won’t be disappointed, or feel like you should have opted for a different rival.