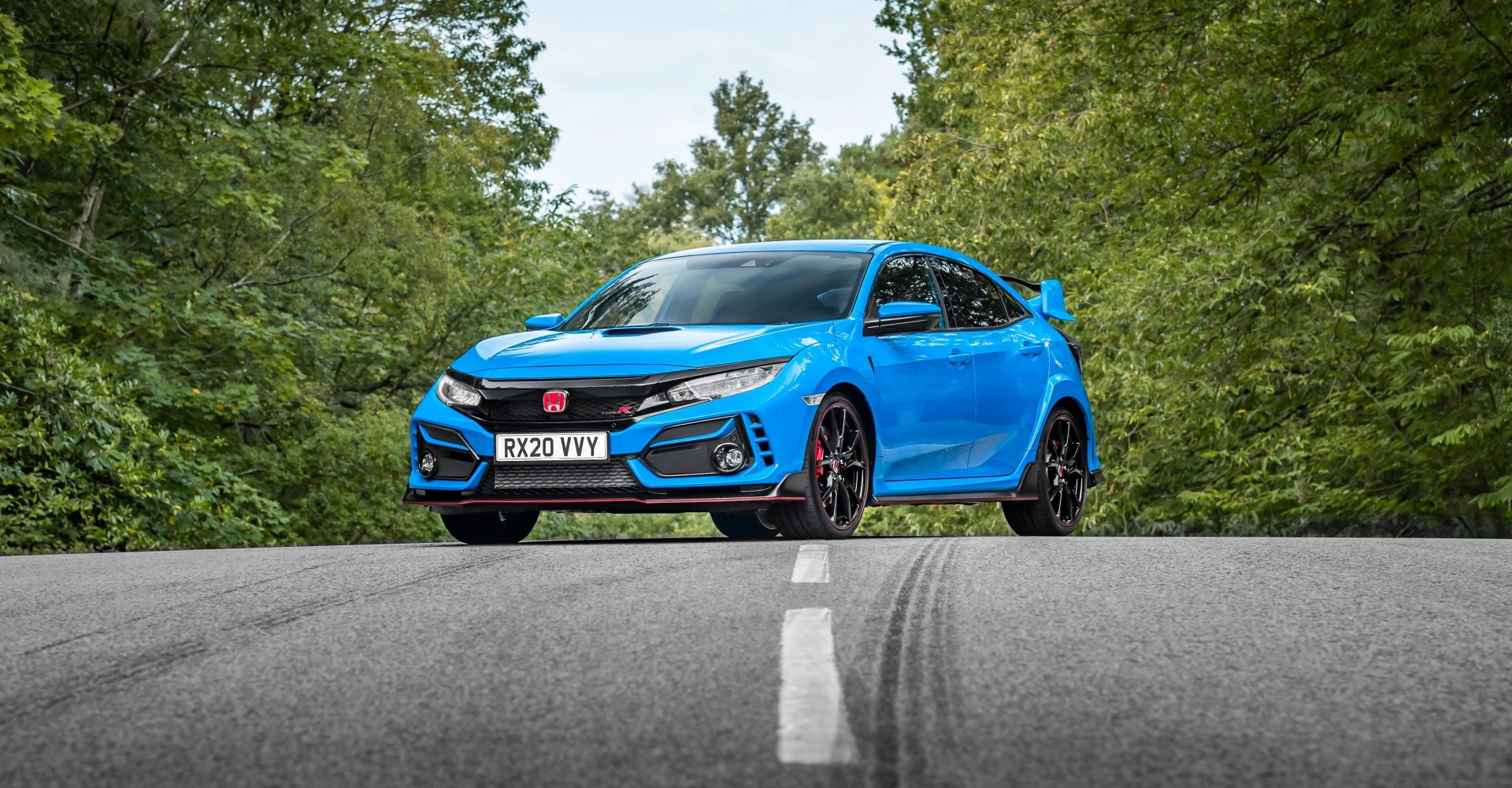 It’s usually not a good idea to spoil your verdict in the first sentence, but ever since the latest generation Honda Civic Type R went on sale in 2017 it has been the best front-wheel-drive hot hatch money can buy. This year, Honda has given it a ‘minor model refresh’, because when you’re the best, why risk ruining that?

What’s interesting, though, is how Civic Type R sales have dwindled over the years, despite securing itself as one of the best. At the launch of this updated model, Honda showed how it sold about 21,000 examples of the second-generation Type R over five years, compared with less than 3,000 in the first three years of this generation.

That’s largely because it has gone from having one or two competitors back then to having 10 now, so it has to work harder to stand out from the crowd. We got behind the wheel on road and on track to see if it’s still the first hot hatch you should be checking out.

Although the changes are minor, there are quite a few of them to go through. We’ve been testing the entry-level GT, but this is now joined by a Sport Line and Limited Edition trim.

The latter is the most extreme Type R ever sold – but it has already sold out. Those lucky buyers benefit from new lightweight components and a stripped-back interior that contribute to a 47kg weight reduction, while other dynamic upgrades make it even better on track.

Under the bonnet nothing has changed, so it’s the same turbocharged 2.0-litre VTEC engine that makes 316bhp and 400Nm of torque. It’s mated to a six-speed manual gearbox that’s snappy to use (though sometimes struggles to get into fourth), while the 0-60mph sprint takes 5.6 seconds and the top speed is 169mph.

It’s a muscular unit that’s quick to respond for a turbocharged engine, but has quite an old school character, with the power high in the rev band. It means that you get a good, boosty response in the mid-range, followed by that characteristic Honda charge to the red line that makes driving hard a joy.

The engine is fantastic, and fortunately the chassis backs that up by being fun in the corners, too. Handling and a fun driving experience have long been the Type R’s USP, and I’m pleased to report the updates to the suspension have only served to improve the driving experience.

On the road, it’s not too stiff, so bumpy B roads don’t unsettle the car, giving you confidence to really press on. We also had a chance to get a few laps in on the track, which is where the car’s capabilities really come alive. It’s composed when hard on the brakes, and it’s easily adjustable on the throttle mid-corner, while the grip from the differential means accelerating out of a corner leads to witchcraft-like levels of grip.

Here’s where things get a bit less clear cut. The Civic Type R is quirky Japanese design at its most extroverted. It has a chunky body kit that looks like it’s inspired by ‘80s rally cars and sharp angles that wouldn’t look out of place on a Transformers robot.

The body kit is functional, too, helping to reduce lift and keep the car planted at speed, so at least it’s not all show and no go. However, those that want a hot hatch to have more subdued looks might prefer the likes of the Ford Focus ST or Volkswagen Golf GTI. The new Type R Sport Line trim is also an option, providing a little more subtlety, but it still stands out next to most rivals.

Up against the likes of the Ford and the Volkswagen, the Honda does feel cheap and dated. There are shiny plastics throughout, and Honda’s usual infotainment system is here, so you’re better off using Apple CarPlay and Android Auto whenever possible.

On the plus side, the bucket seats are wonderfully cosseting, being secure when cornering hard yet comfortable for longer journeys, while the new Alcantara steering wheel adds some extra sporty appeal. The boot is 420 litres, too, which is enough for daily duties, while rear seat passengers will find it spacious enough.

You’re paying extra for the mechanical upgrades, but Honda has largely done well to justify the price tag when it comes to equipment and technology, too. The aforementioned sports seats and steering wheel are two new upgrades, while the smartphone connectivity goes some way to forgive the infotainment system.

In a shock to absolutely no one that for driving enthusiasts, there really is no better front-wheel-drive hot hatch than the Honda Civic Type R. It’s fun and composed on the road, hard and adjustable on the track, yet it can settle down to be a light and easy daily driver.

The pain points from before remain, namely the lairy styling and poor infotainment system, but if you can get past those then the Type R should be top of your shopping list.