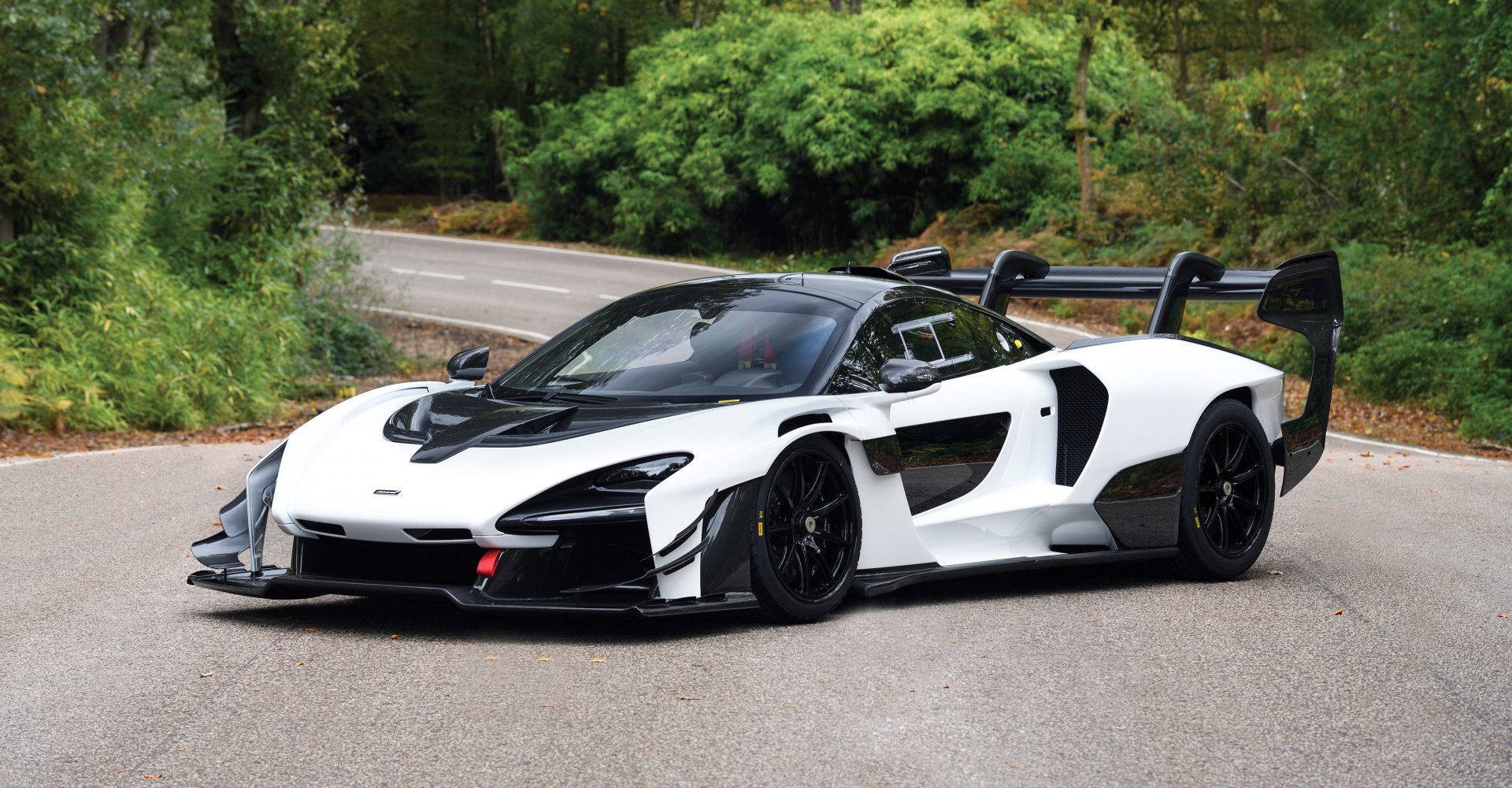 One of McLaren’s most focused models of all time – the Senna GTR – is going to auction in Abu Dhabi this weekend.

One of just 75 examples ever produced, the Senna GTR was created to be the fastest track car that the Woking-based company had ever produced. Since it wasn’t constrained by road or motorsport rules, McLaren was free to push the Senna to its absolute limits with the GTR.

The engine in the GTR is the same 4.0-litre turbocharged V8 fitted to the regular Senna. However, the engine’s second catalysts have been removed from the exhaust system to give more power. In all, McLaren claims that the GTR produces over 800bhp and will go from 0-60mph in just 2.8 seconds – and will do 0-124mph in less than 6.8 seconds.

The aerodynamic changes made to the GTR over the standard Senna have been comprehensive. The front splitter has been reprofiled and given vortex generators which help to smooth the airflow moving under the car, while a large rear wing gives even more downforce. In fact, the GTR can generate over 1,000kg of downforce at 155mph.

The front track has been increased, too, while lightweight forged alloy wheels have been shod in bespoke Pirelli tyres for incredible levels of grip.