The motorsports world watched with intrigue back in 2012 when the DeltaWing debuted at the 24 Hours of Le Mans – then grimaced as it was pelted into a wall and out of the race by a front-running Toyota prototype.

Driver Satoshi Motoyama spent two hours trying to fix his car  but to no avail. However, his spirit cemented the DeltaWing project as a fan favourite.

Now, almost five years later, chassis number one is going up for sale with plenty of spare parts and even team support for the first event. It has race pedigree, having competed in the ALMS and IMSA race series.

It’s one of only three DeltaWings built by Panoz and one of just two remaining. The third car was wrecked during an unfortunate crash at the 2016 Daytona Rolex 24 – it had been leading its class at the time.

The DeltaWing was built and run by Panoz but was known as a Nissan for its inaugural season as part of a deal that saw the Japanese manufacturer provide an engine. It suffered a huge crash during ALMS testing that resulted in a nasty crash. This team has been so unlucky!

Its bizarre design is all in the name of reducing aerodynamic drag. Its speed in a straight line and through corners was marginally higher than its competitors, but it weighed about half as much, needed less power and used less fuel – particularly appealing for endurance racing. 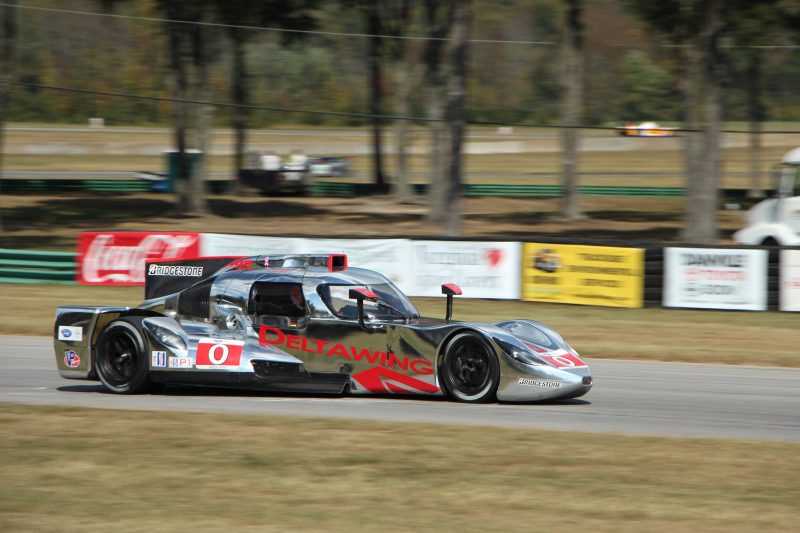 The car is now on sale for an undisclosed price on Wire Wheel, a specialist race car advertiser. For such a unique opportunity to own a rare piece of automotive history, we bet the price of entry ain’t cheap!