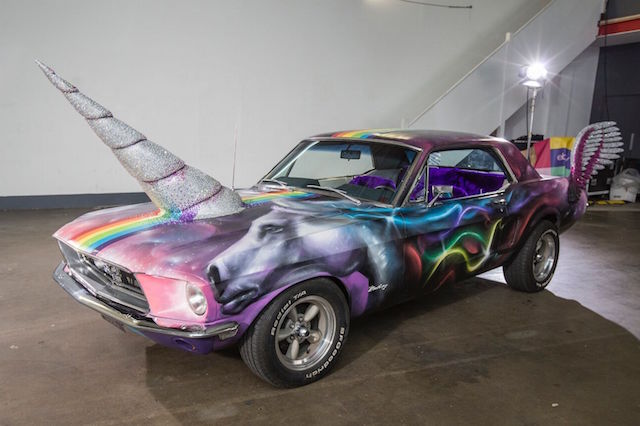 This rather colourful Ford Mustang is up for auction after taking part in this year’s London Pride.

The ’68 coupe with a 4.7 V8 has been decorated to look like a unicorn and… it’s certainly distinctive!

Judging by the picture below, the car was in a pretty neat condition before it sprouted wings and a horn. 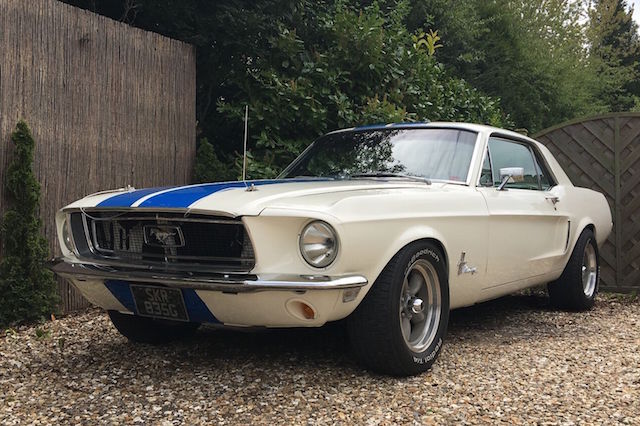 However, it is for a very important cause – the Albert Kennedy Trust, which helps LGBT young people who are homeless or living in a hostile environment – so it gets a pass from us.

All the modifications have come from eBay and it’s been nicknamed the Unistang – nice! – but it should be noted, of course, that the presence of wings doesn’t make it go any faster. Or, indeed, enable it to fly. 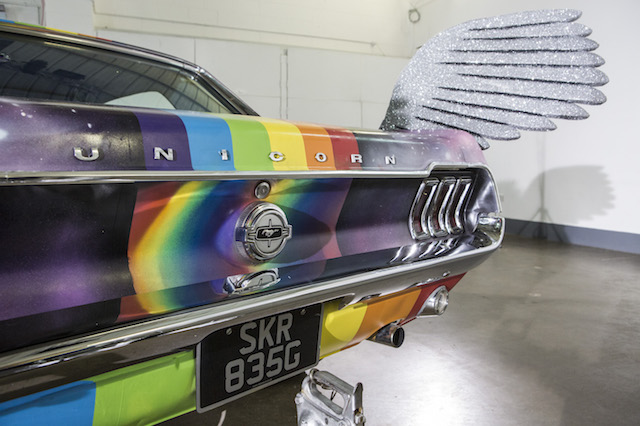 Fortunately, if you simply fancy buying a nice Mustang for charity, the car is wrapped rather than painted, and all changes are easily reversible. However, as the advert says:

Hey…it’s a car that looks like a unicorn so you may want to enjoy that for a bit first.

The asking price is £10,000 but no bids have been made as yet. So, with the auction closing on July 16, every penny going to the charity and eBay pledging to match the winning donation up to £30,000, we hope people get bidding soon for a truly unique creation!