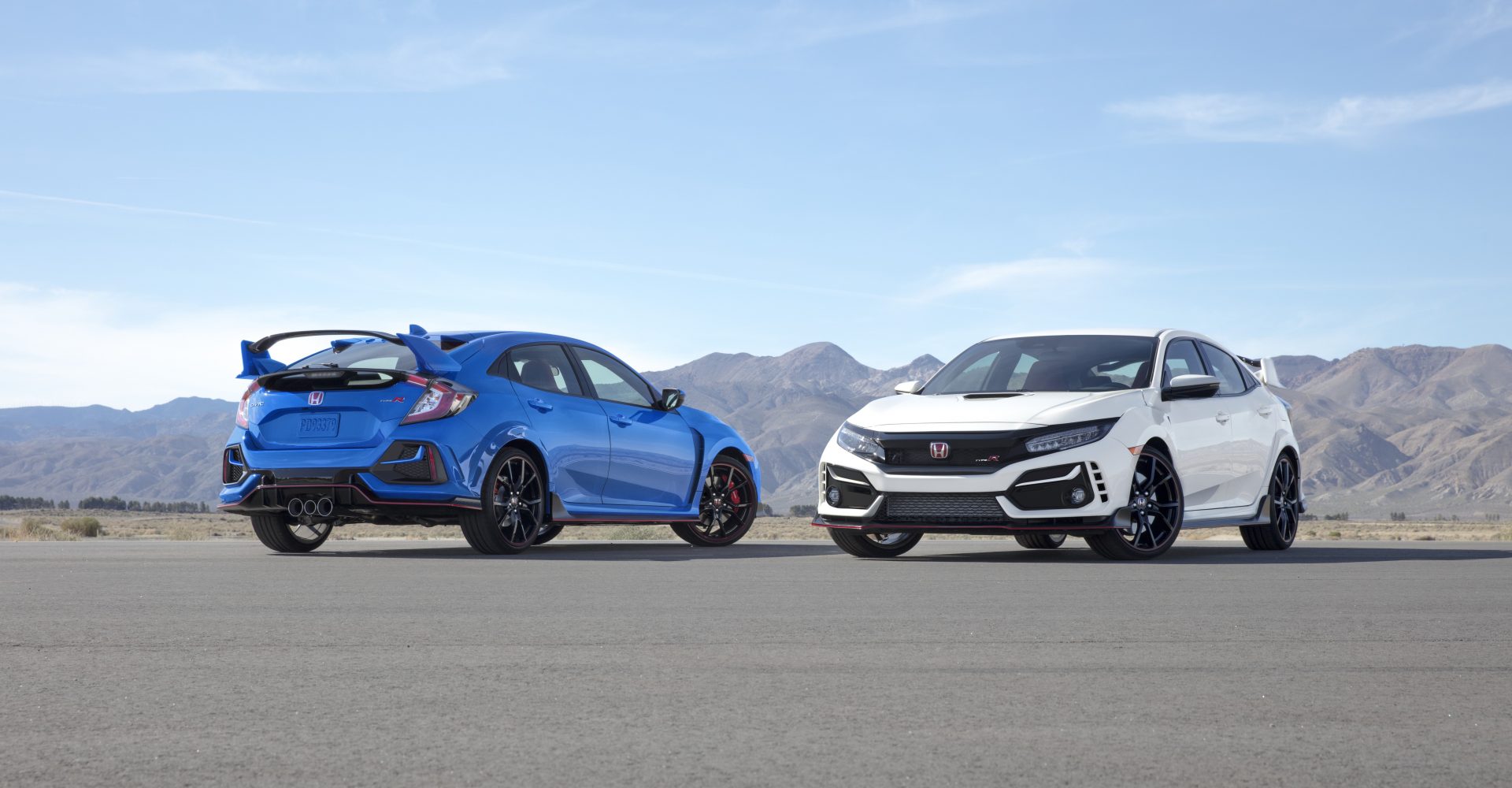 Honda has offered a first look at a refreshed version of its Civic Type R hot hatch.

Due later this year, the already-class-leading hot hatch will be given styling tweaks and some choice performance upgrades.

Perhaps the most notable modification will be to the suspension, with Honda saying updated dampers will improve comfort, stiffer rear bushings will increase grip and changes to the front suspension will heighten steering feel.

Inside, Honda has worked to up refinement by fitting an Alcantara steering wheel and a restyled gear knob, while Honda Sensing driver assistance technology has been fitted. On the outside, there’s a new Type R-exclusive paint job called Boost Blue.

The engine has been carried over unchanged, so it’s the same 302bhp 2.0-litre turbocharged petrol unit as before, with power routed to the front wheels via a six-speed manual gearbox.

It also retains three drive modes that let the driver choose different driving experiences, from comfort- to performance-focused. However, the facelifted model also gets a system that alters the interior sound based on the drive mode.

Pricing will be confirmed closer to the first deliveries being made but expect it to be slightly more expensive than the current model’s £31,870 starting price to account for the upgraded equipment.

The updated Honda Civic Type R is making its debut now at the Tokyo Auto Salon.