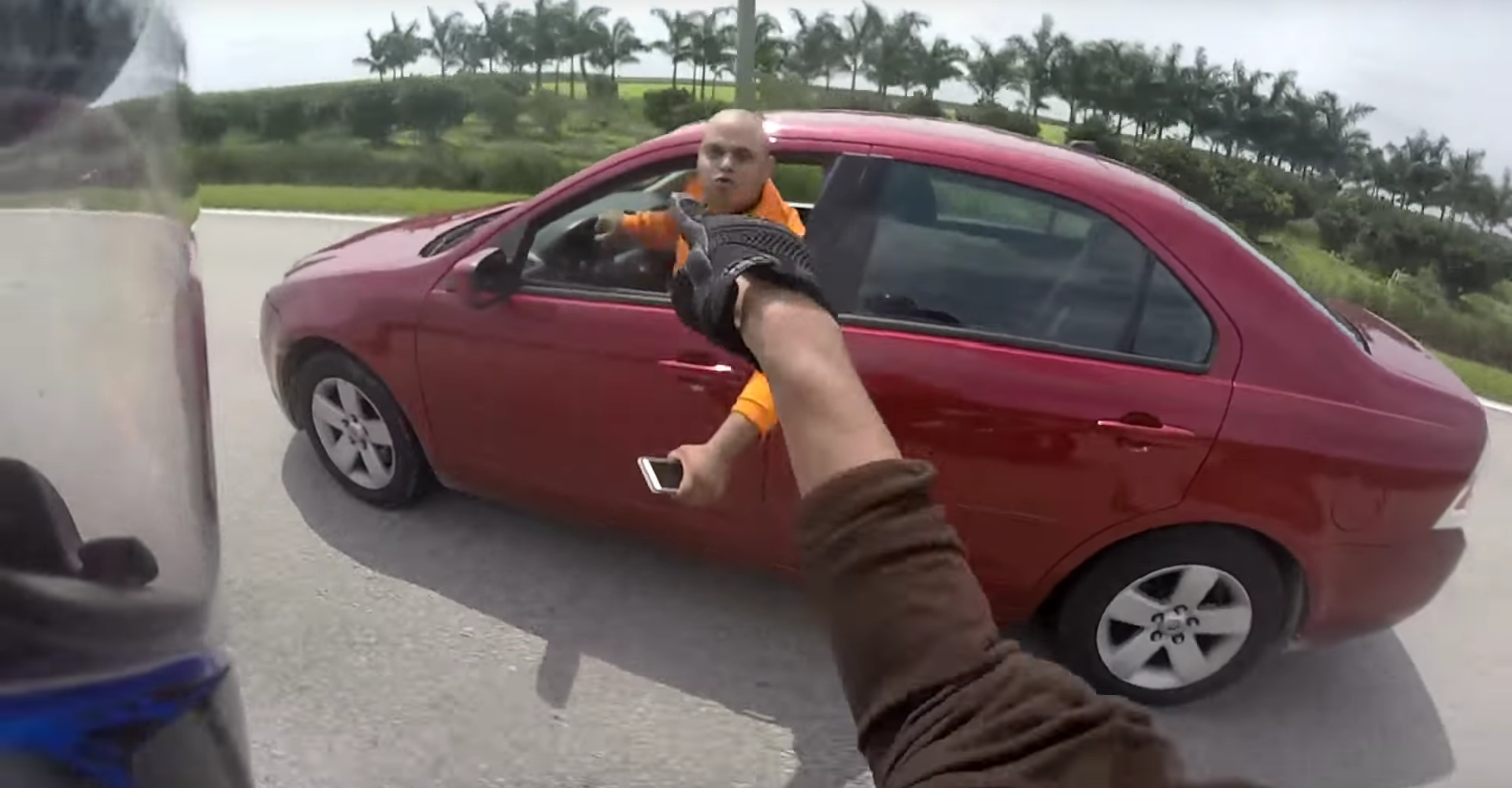 Bikers and car drivers almost seem to be natural enemies.

We’re all just people trying to get somewhere, but for some reason bikers and car drivers always seem to find a way to be cross with each other.

In this pretty extreme video from Florida (of course it’s Florida), captured on the biker’s helmet camera, the contretemps all seems to begin with a disagreement about ‘filtering’ – the practice of bikes moving between immobile lanes of traffic.

What shouldn’t even be an issue becomes a squabble when the Fusion decides to race the bike off the lights and squeeze him out of his lane – while the biker for his part responds by indulging the tetchy Ford driver.

At the next set of lights, both road users make their opinions of each other pretty clear, unnecessarily escalating the tiff into a full-blown bout of road rage.

What follow is a pretty unseemly chase, with the car driver repeatedly using his vehicle to try to block the bike’s progress and even knock him off, swerving across the full width of the road with little regard for other road users. The bike is forced to take evasive action, including riding at up to 128mph on the verge on the wrong side of the road into oncoming traffic…

You can watch the whole completely insane sequence of events – apparently reported to the local police by both parties – unfold in the two videos uploaded by the biker below. The car driver, for his part, seems to be videoing also, while hanging out of the car window, but this footage is yet to surface.