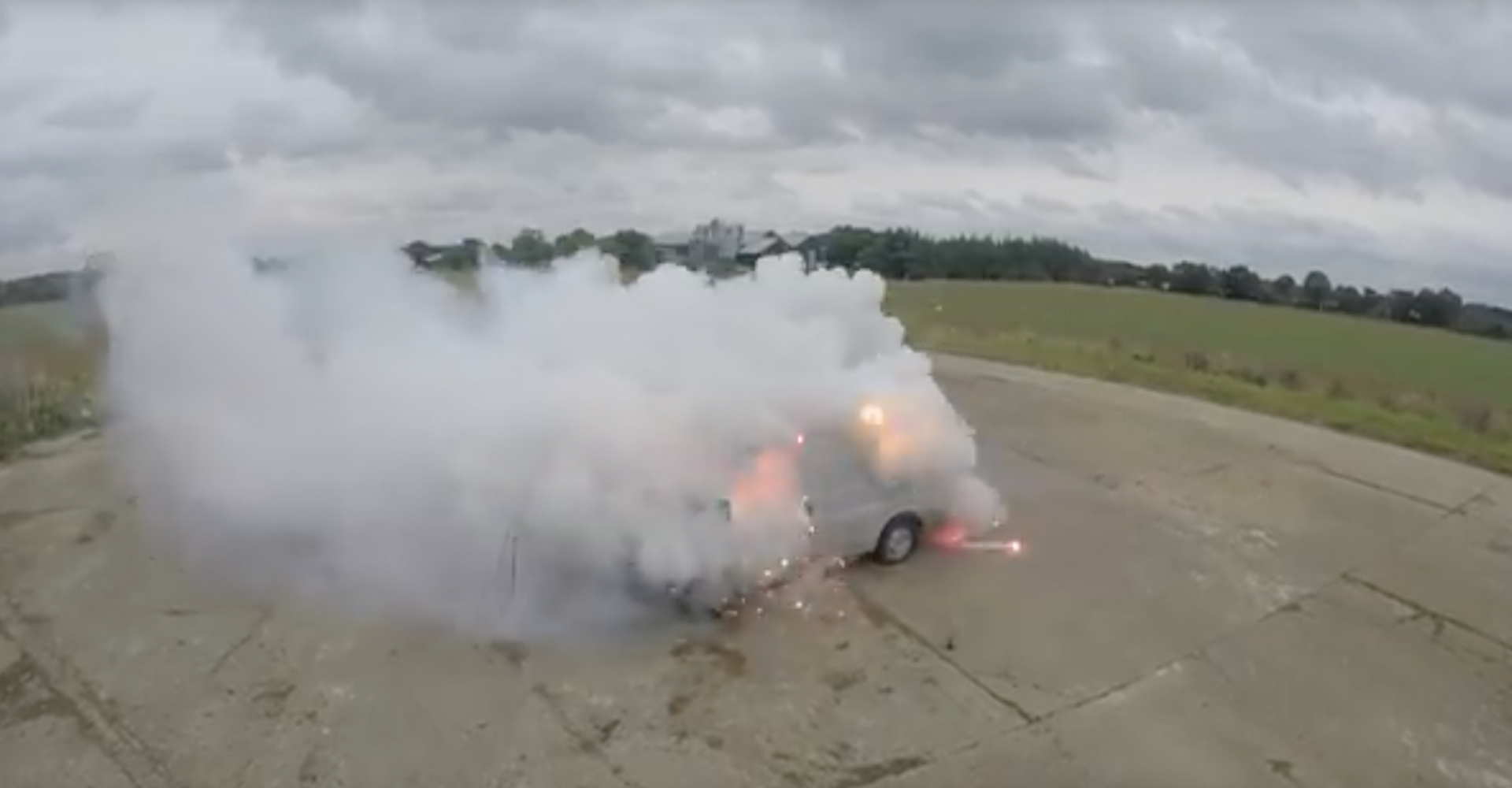 Ever wondered what would happen if a load of fireworks mysteriously caught light in the back of a Transit? Nope, us neither, but now you won’t have to thanks to this adventurous individual.

Prolific YouTuber and self-styled garage inventor Colin Furze, who lives in Lincolnshire and is a former plumber, filled a knackered old Transit that was due to be “scraped” (by which we assume he means “scrapped”), then used a blowtorch to send the whole kit and caboodle up in smoke.

At first, the effects are pretty underwhelming, with some fairly ordinary grey smoke emitting from the shut lines. Soon enough, though, dazzling flashes of light are erupting from the cloud of smoke as the fireworks get burning.

In the end, the van survives disappointingly well, although the door has been opened by the explosions and there are plenty of scorch marks. Eventually, a passing plane turns up to fan the flames, and its prop wash feeds the flames, setting Transit well and truly ablaze.

Beware, there is a small amount of mild profanity in the video.