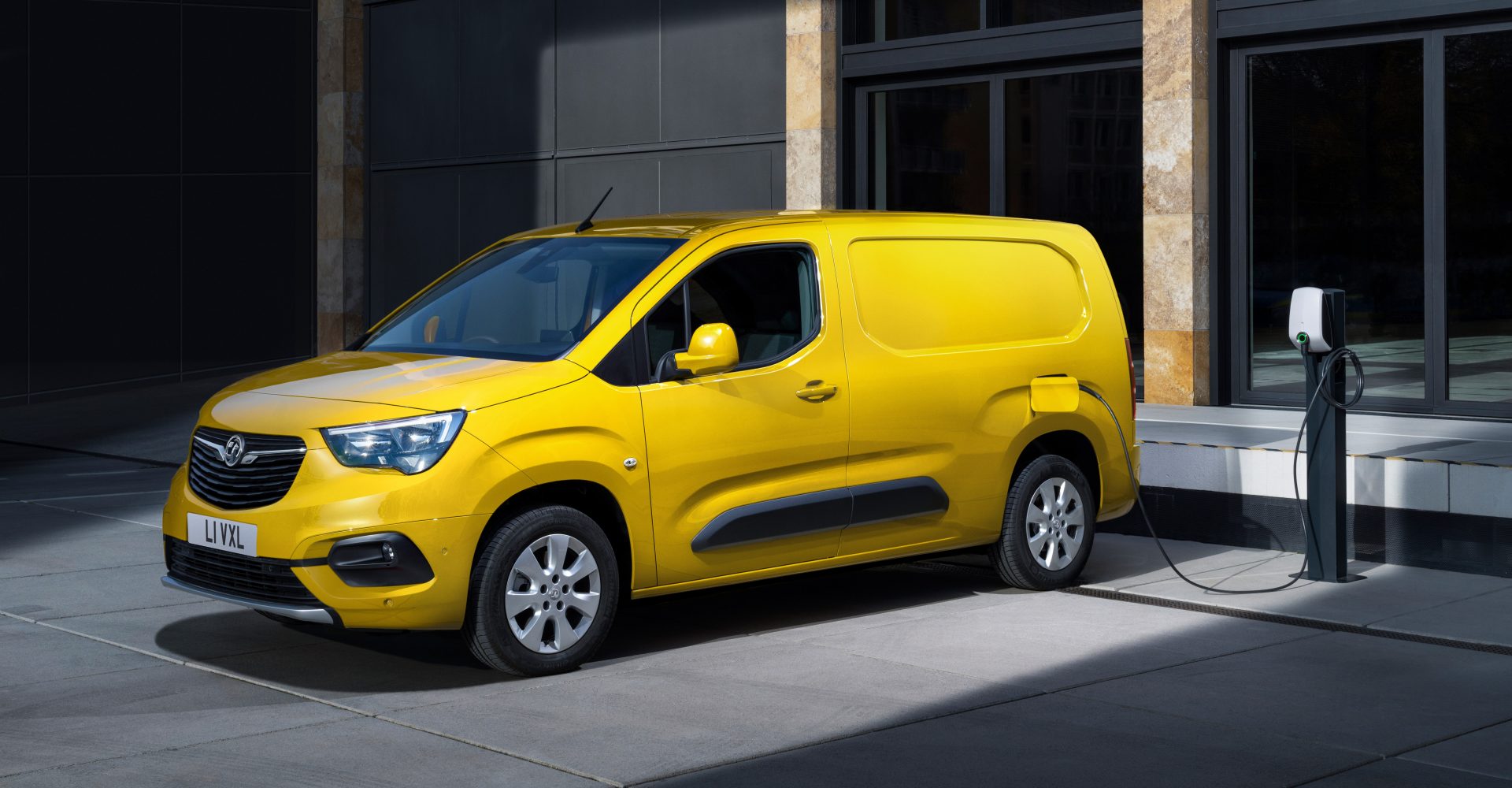 Vauxhall has introduced an electric version of its most compact van – the Combo-e.

Powered by a 100kW electric motor linked to a 50kWh battery, the Combo-e has a claimed range of up to 171 miles and, thanks to rapid charging capability, can be recharged to 80 per cent in as little as 30 minutes via a 100kW charger.

Available in two different sizes, the largest e-Combo is capable of taking a maximum load length of up to 3,440mm. The largest option can fit two Euro pallets in a row. The Combo-e is also rated to tow up to 750kg.

When it comes to performance, the Combo-e will manage 0-60mph in 11.2 seconds and a top speed of 80mph. To help boost the van’s electric range, it also incorporates regenerative braking technology, with an additional ‘B’ mode allowing for the maximum possible regeneration when slowing down.

Crew versions of the Combo-e in long wheelbase form have space for up to four passengers, with all equipment and cargo located behind the bulkhead. The cabin itself receives an eight-inch touchscreen with satellite navigation and radio, as well as both Apple CarPlay and Android Auto.

The Combo-e also utilises a wide range of safety features including traffic sign recognition and forward collision alert. A new ‘Overlord Indicator’ also alerts drivers when the vehicle load is near the maximum payload capacity, highlighting when this is exceeded. A special ‘Flank Guard’ incorporates sensors to help avoid dents and scratches when performing low-speed manoeuvres.

The new Combo-e is set to arrive in dealerships this Autumn where it will sit alongside Vauxhall’s recently-introduced Vivaro-e. A new electric Movano-e is set to join the ranks later this year, too.