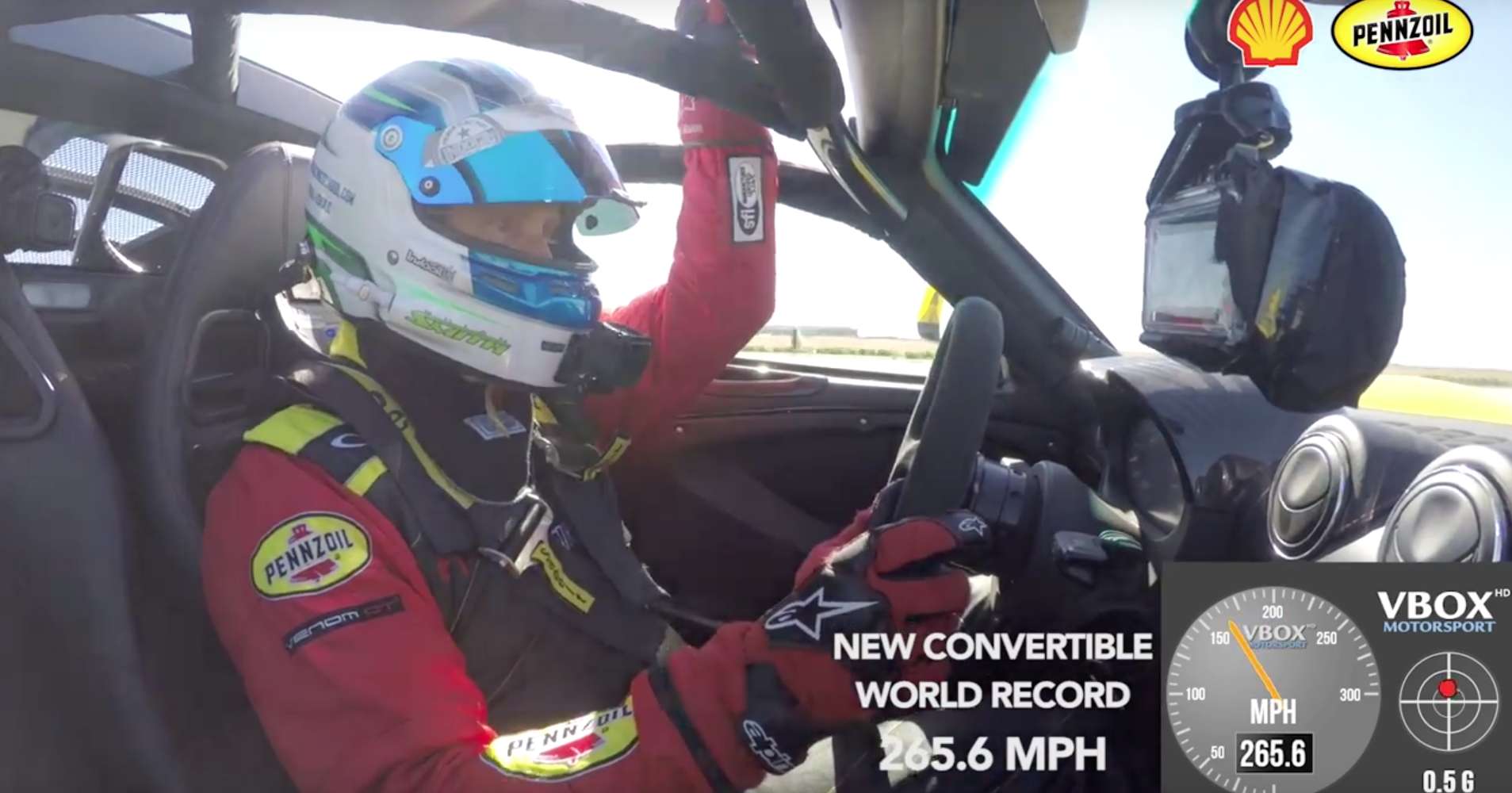 Speed fans won’t need telling that in 2013 Bugatti set a world record for a convertible when its Veyron Grand Sport Vitesse reached a staggering 254mph.

Well, three years on, Hennessey Performance has taken that record and well and truly smashed it with its Venom GT Spyder.

To mark its silver jubilee this year, the Texan tuning house specialists decided that an extra-special kind of celebration should be the order of the day. So, off the team went to Naval Air Station Lemoore – a United States Navy base in California – with the Spyder, popping driver Brian Smith behind the wheel and taking the top off.

The end result? Smith got the speedo to register an amazing 265.6mph.

A rip-roaring video showing the new world record being set has been uploaded to YouTube.

It starts with President John F Kennedy’s famous stirring words in his inaugural address of 1961: ‘And so, my fellow Americans: ask not what your country can do for you, ask what you can do for your country’ and ends with a cheeky challenge. We love it!