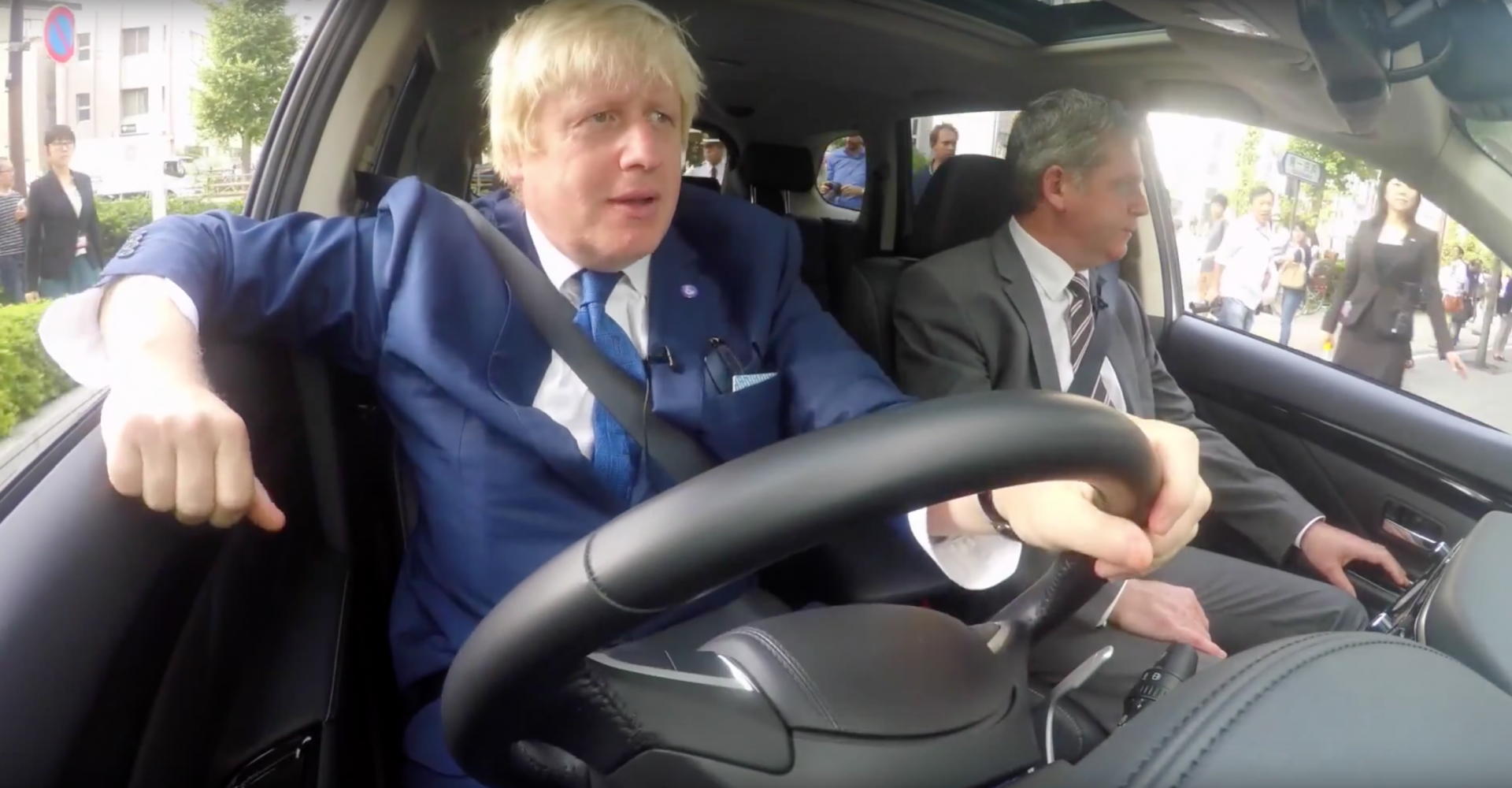 While it sounds like the beginning of a bad joke, what happened when the Mayor of London was invited along to the launch of the Mitsubishi Outlander PHEV in Tokyo last week is nothing short of hilarious.

Johnson was given the chance to test the Outlander out on a short, pre-determined circuit in Japan’s bustling capital.

But, being the buffoon that he is, Boris couldn’t let a chance to prank the Japanese company’s UK managing director slip away and slowed down only briefly at the end of the circuit before accelerating away, announcing ‘Let’s see what this thing can do.’

Picking up some journalists en route, he narrates the journey with a charm of which only he possesses.

Complete with Bond references, blasphemies and badly disguised reference to a baby’s bottom, the ensuing video is pure Boris… Enjoy.