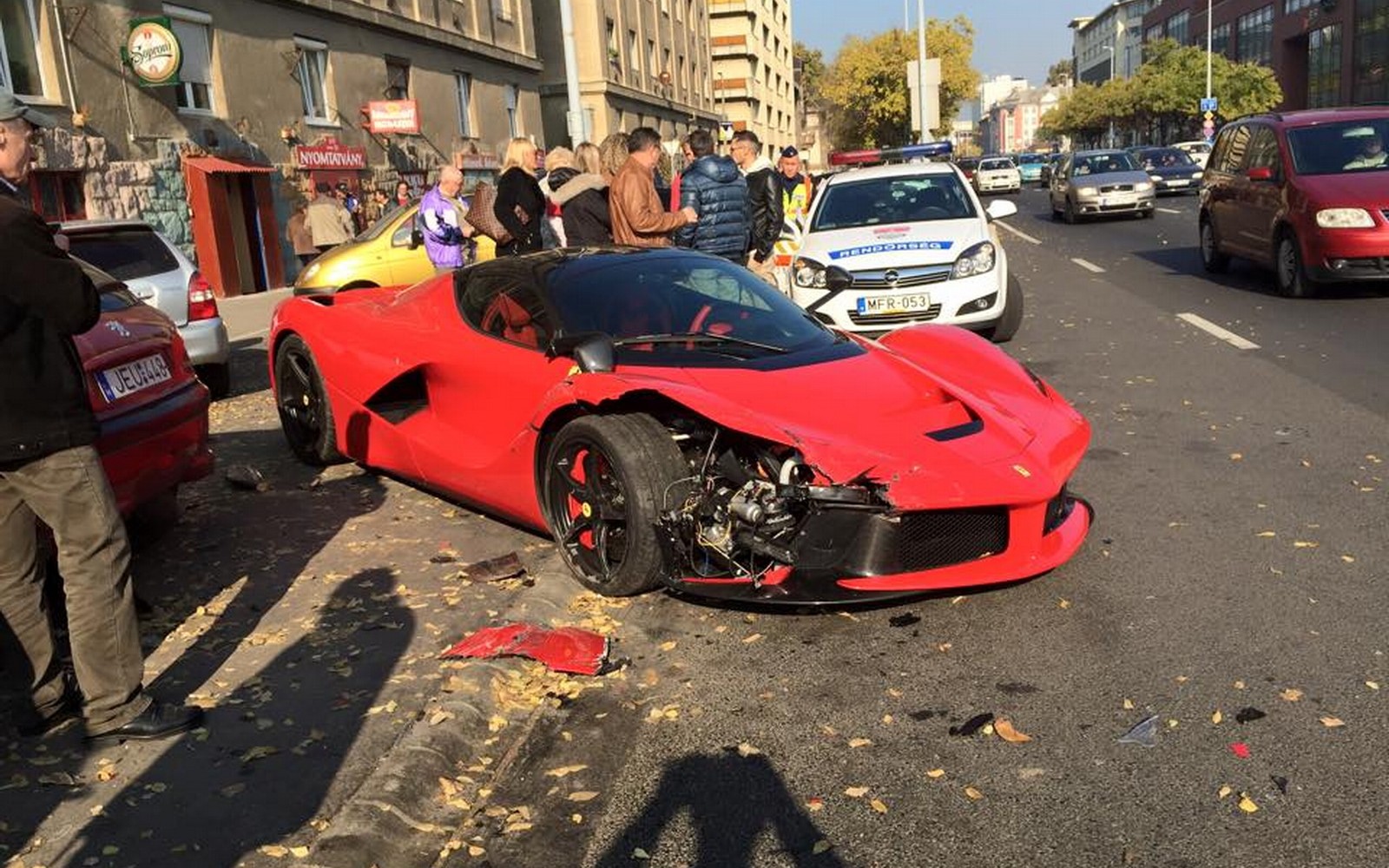 Remember the pictures of a crashed LaFerrari we showed you earlier this week? 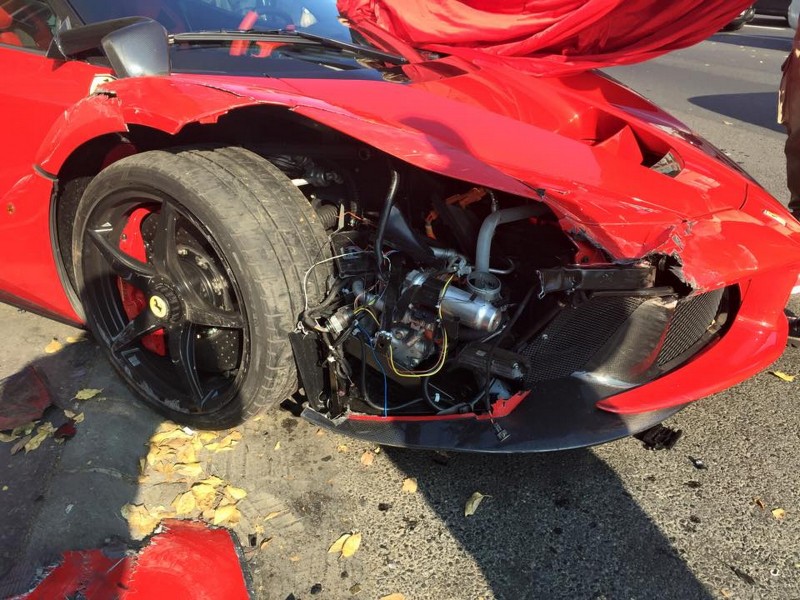 Well, a video of the crash has appeared on YouTube and as user andy elliot succinctly puts it, “money does not buy you driving talent.”

In the rather poor quality video, you can see the driver getting impatient behind traffic and when he sees a gap, he puts his foot and 950hp down.

Now, with Sebastian Vettel or Kimi Raikkonen at the wheel, this is a normal overtake, but as neither were in Budapest at the time, you can guess what happens.

The rear tyres spin up, the back end has a wobble and the driver spears off into three parked cars.

We can’t emphasise enough that the LaFerrari costs £1.2 million and seeing it handled like that is not a nice site.

Seeing one of the 499 models smashed up on the side of the road is even worse.