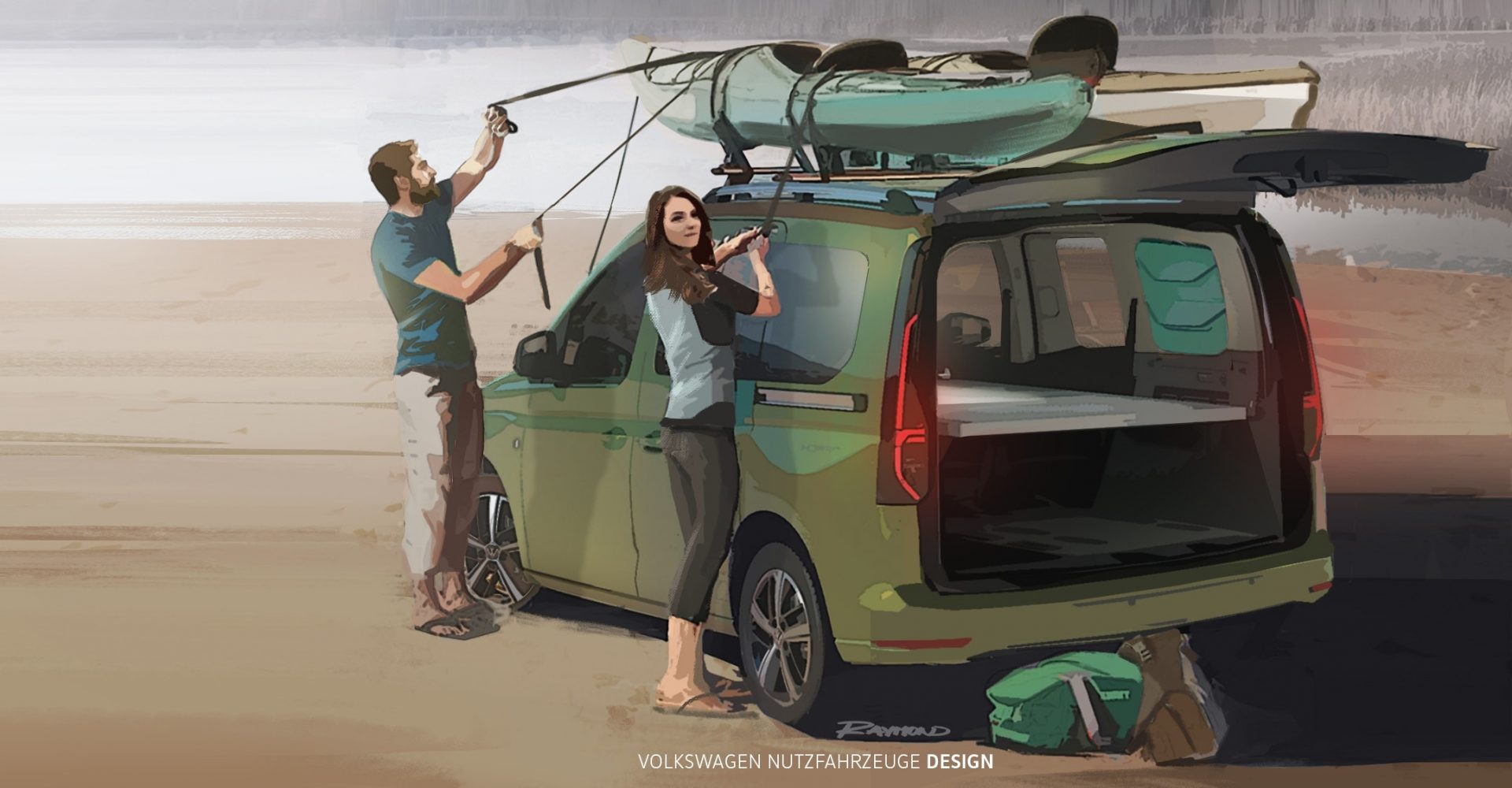 Volkswagen has given a first look at its upcoming Caddy-based camper.

Utilising the latest fifth-generation Caddy as a platform, the new camper aims to encapsulate some of the features found on the larger California but on a much smaller scale.

One such feature is a large panoramic roof, which Volkswagen says gives users the opportunity to ‘gaze at the stars’ when going to sleep. It also incorporates a bed which is close to two metres long. Stowed in the back of the car are lightweight camping chairs, which also double up as privacy screens for the van when fastened in the rear window sections.

A range of driver assistance systems will also be incorporated into the van’s design, with features such as trailer assist, which helps when reversing with a trailer attached to the towbar. Systems such as side-assist and rear traffic alert are also included.

Though just sketches for now, the full premiere of the compact camper is due to take place at the start of September.