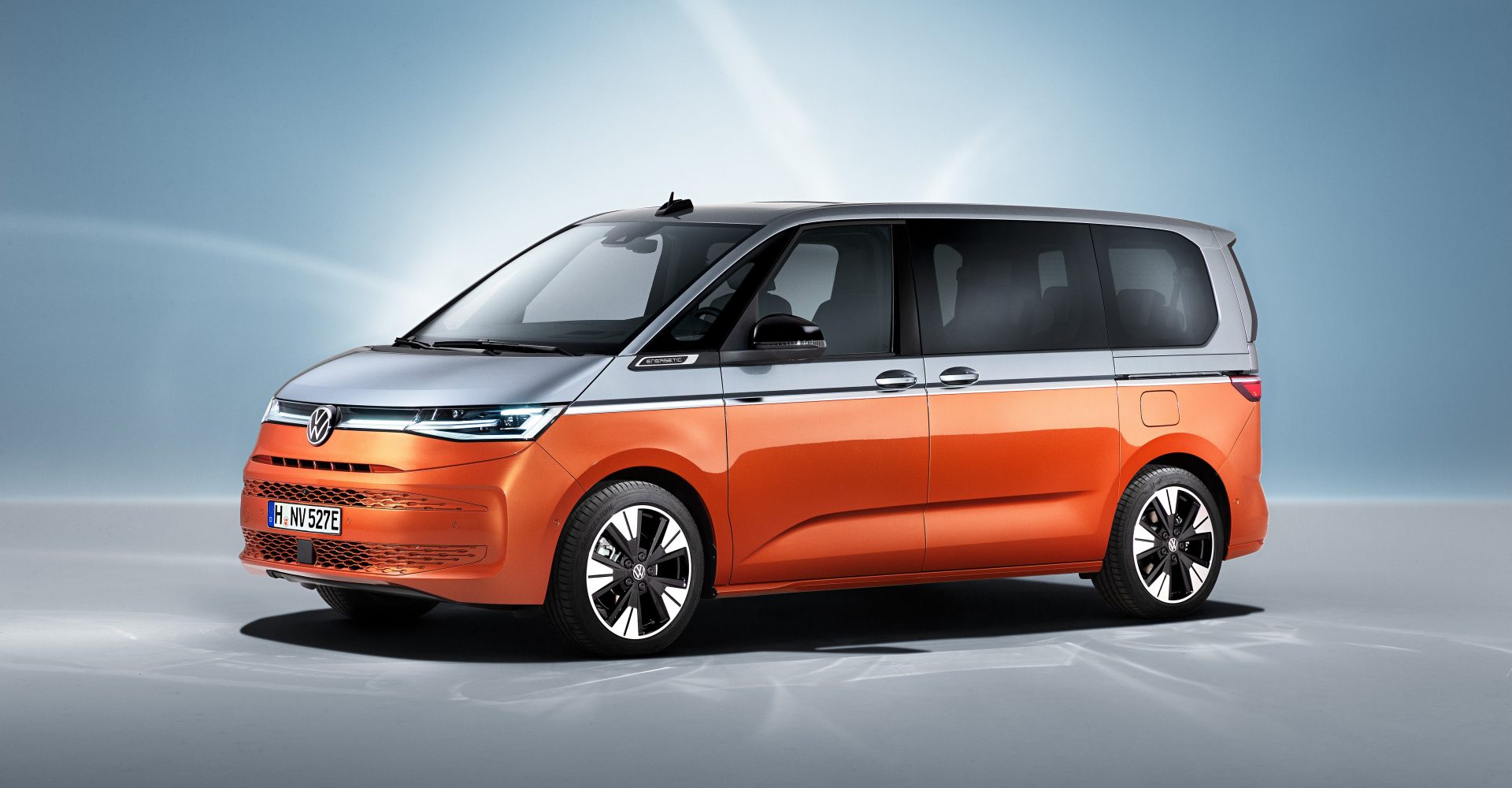 Volkswagen has revealed the Multivan, a new name for a massively overhauled model line.

The Multivan replaces the Caravelle as the firm’s ultra-practical seven-seat MPV, sitting above the smaller Caddy in the range.

The exterior styling has been given a considerable overhaul so it looks nothing like its predecessor, instead getting the same design language as the new Caddy. There are slim LED headlights as standard with LED matrix upgrades an optional extra, while an illuminated bar runs between the headlights.

Unlike the Caravelle, the Multivan is not based on the Transporter van platform, instead being built on Volkswagen’s MQB platform, which underpins countless passenger cars across the VW Group.

It has a longer wheelbase and a wider, lower profile, which Volkswagen says is all in the name of improving aerodynamics to lower fuel consumption. It has reprofiled A-pillars to improve visibility, while a longer, more spacious version is also available.

The interior layout is impressively flexible – with space for up to seven seats, the second row can be rotated 180 degrees to create conference-style seating, while the third row is no longer a bench seat so individual seats can be removed for maximum flexibility between number of seats and cargo space.

Base models have 469 litres of space behind the third row of seats or 1,844 litres with rearmost seats removed. The full cargo capacity up to the front seats is 3,672, which can grow to a maximum of 4,053 litres in the longer model with an optional panoramic roof.

Up front, there’s a new twin-screen infotainment setup with a 10.25-inch digital cockpit and a 10.0-inch infotainment display. An optional Harmon Kardon sound system is available, which has been specifically tuned for the Multivan.

There are three powertrains on offer, including a plug-in hybrid for the first time. This combines a 1.4-litre petrol engine with an electric motor for a combined power output of 215bhp, and the battery has been positioned within the floor so it does not impact cabin space.

There’s also a 1.5-litre petrol with a choice of 134bhp and 201bhp outputs, while a diesel will join the line-up next year.