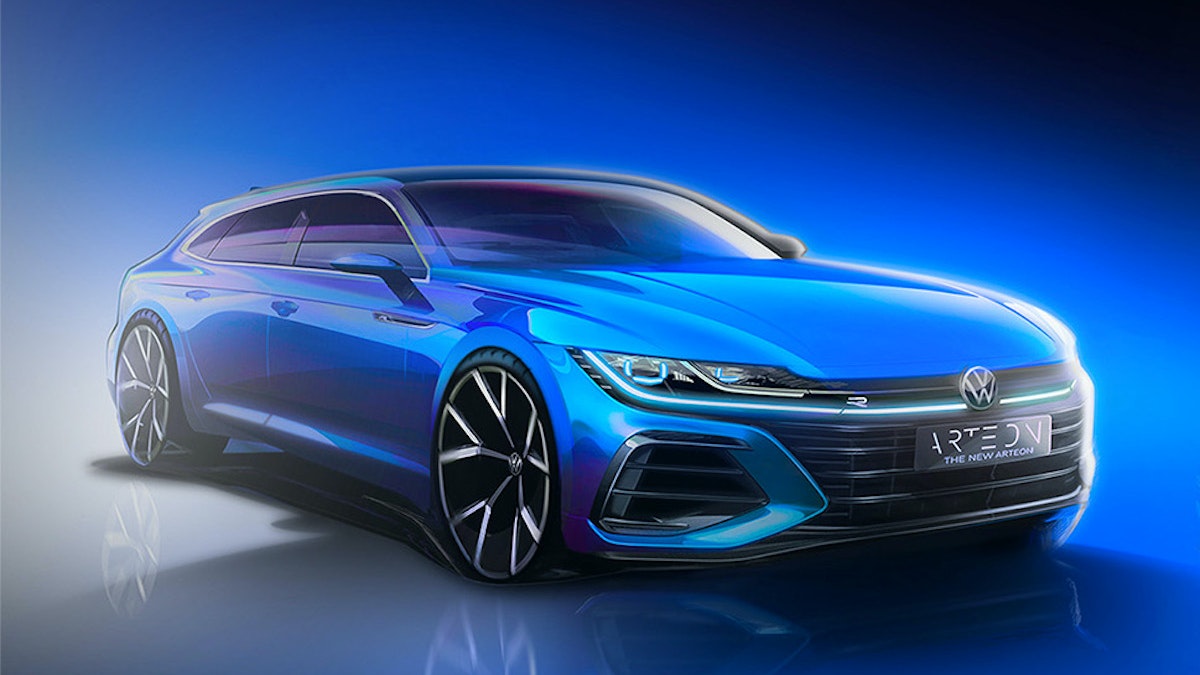 Volkswagen has given an early glimpse of its upcoming Arteon and Arteon Shooting Brake models in a preview sketch ahead of their virtual world premieres on June 24.

The second-generation Arteon is being expanded to include both a regular four-door fastback and another estate-esque variant, giving buyers a slightly more practical option.

Klaus Bischoff, head of Volkswagen Group design and Volkswagen brand’s design department, said: “With the Arteon Shooting Brake we have created a new balance between speed, power and space.”

Though all of the design elements included in the sketch are unlikely to make it through to the production car without change, the upcoming Arteon builds on the look of the previous car while adding in some new, sharper lines.

There appears to be a full-width LED light bar up front, for instance, while larger air intakes give the ‘face’ of the car a more imposing look.

Volkswagen states that this latest Arteon will feature its most up-to-date infotainment system to ‘ensure the best possible connectivity’ while all of the engines used by the car will feature ‘high levels of efficiency’. Though no hybrid or electric model has been announced as yet, there’s a strong possibility that a plug-in hybrid model could be revealed further down the line.

The German firm has also highlighted the Arteon’s ‘Travel Assist’ function, which will allow the car to take over steering, acceleration and braking – under the driver’s control – when travelling at speeds of up to 130mph. It’s a function which has seen use on several other Volkswagen cars.