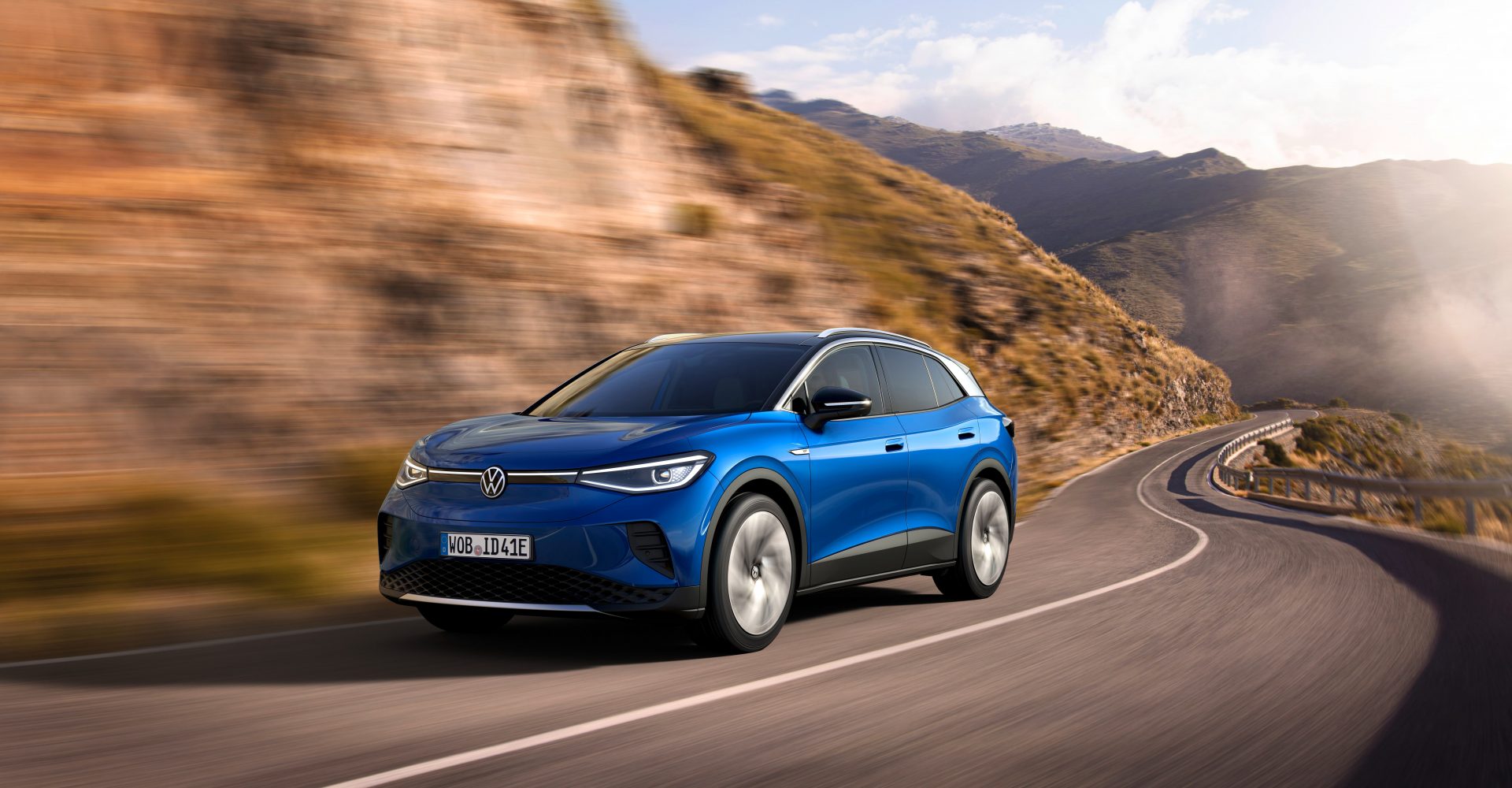 Volkswagen has finally revealed its ID.4 electric SUV after several weeks of teasers.

Powered by a 77kWh battery, the ID.4 initially arrives with a claimed electric range of up to 323 miles, yet will still be capable of going from 0-60mph in under 8.5 seconds and hit a top speed of 100mph.

Eventually, the ID.4 will be available with four different power outputs as well as two choices of battery sizes, giving buyers flexibility when it comes to powertrain choices. It’s set to go on sale in the UK later this year.

Also because of 21 centimetres of ground clearance Volkswagen says that the ID.4 ‘performs well in gentle off-road terrain’.

The exterior of the car features many of the same design traits as the smaller ID.3 such as the wide grille and sharp LED headlights, while 21-inch alloy wheels give it a fair degree of on-road presence too.

Underpinned by Volkswagen’s MEB platform, the ID.4 is able to match the same levels of spaciousness that you’d find from an SUV in the class above. Boot space, meanwhile, stands at 543 litres with the rear seats in place or 1,575 litres with them folded down.

The cabin itself is free of physical buttons, instead depending on two displays for the main control of the car’s various functions. A new narrow light strip under the windscreen – called ID.Light – is capable of displaying different colours to help drivers with certain driving scenarios. It can change colour, for instance, when the driver is required to change lanes when following the satellite navigation.