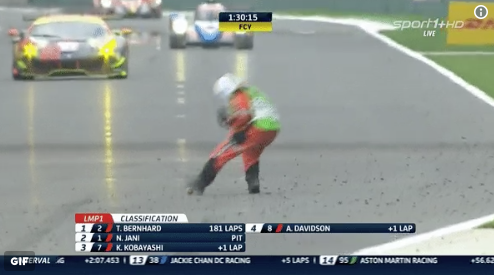 There have been plenty of bizarre reasons for motor races to be interrupted over the years, but interference from other sports is pretty rare.

However, that’s exactly what happened during Sunday’s Six Hours of Mexico event, which ran as part of the FIA World Endurance Championship. With a little over 90 minutes of racing left to go, an errant baseball made its way onto the Autódromo Hermanos Rodríguez circuit.

Since it could be very dangerous if a car sent the baseball flying into spectators or others, the race director Eduardo Freitas had no choice but to load the bases with yellow flags. This forced the drivers to slow down while a marshal (or in this instance, a fielder) collected the ball.

The most exciting baseball action I've ever seen pic.twitter.com/V0rQ1hCN4c

The greatest irony of all is that the circuit, which sits in the heart of Mexico City, has a history as a baseball venue.

The circuit’s signature stadium section at the end of the lap still sees regular use as a concert venue, and formerly acted as the home of the Diablos Rojos del México Baseball team. 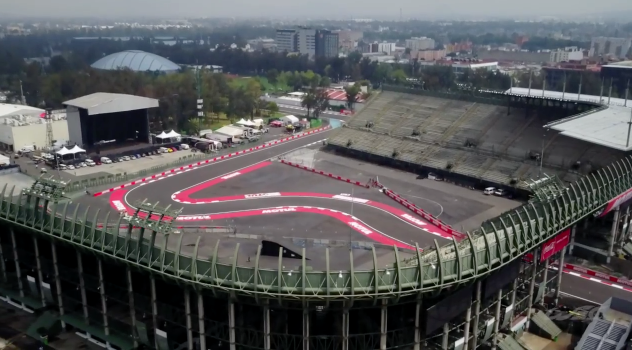 The Diablos spent 14 years at the stadium, before tarmac was laid over the field in 2014 for the return of the Mexican Grand Prix. So perhaps this was an act of revenge from a disgruntled baseball fan, rather than an accident?

Either way, many observers, including double Le Mans 24 Hours winner Alex Wurz, saw the funny side of the situation.

The brief delay didn’t strike out Porsche, who took the top two steps of the podium at the end of the race.

A home run from the German manufacturer, you might say.