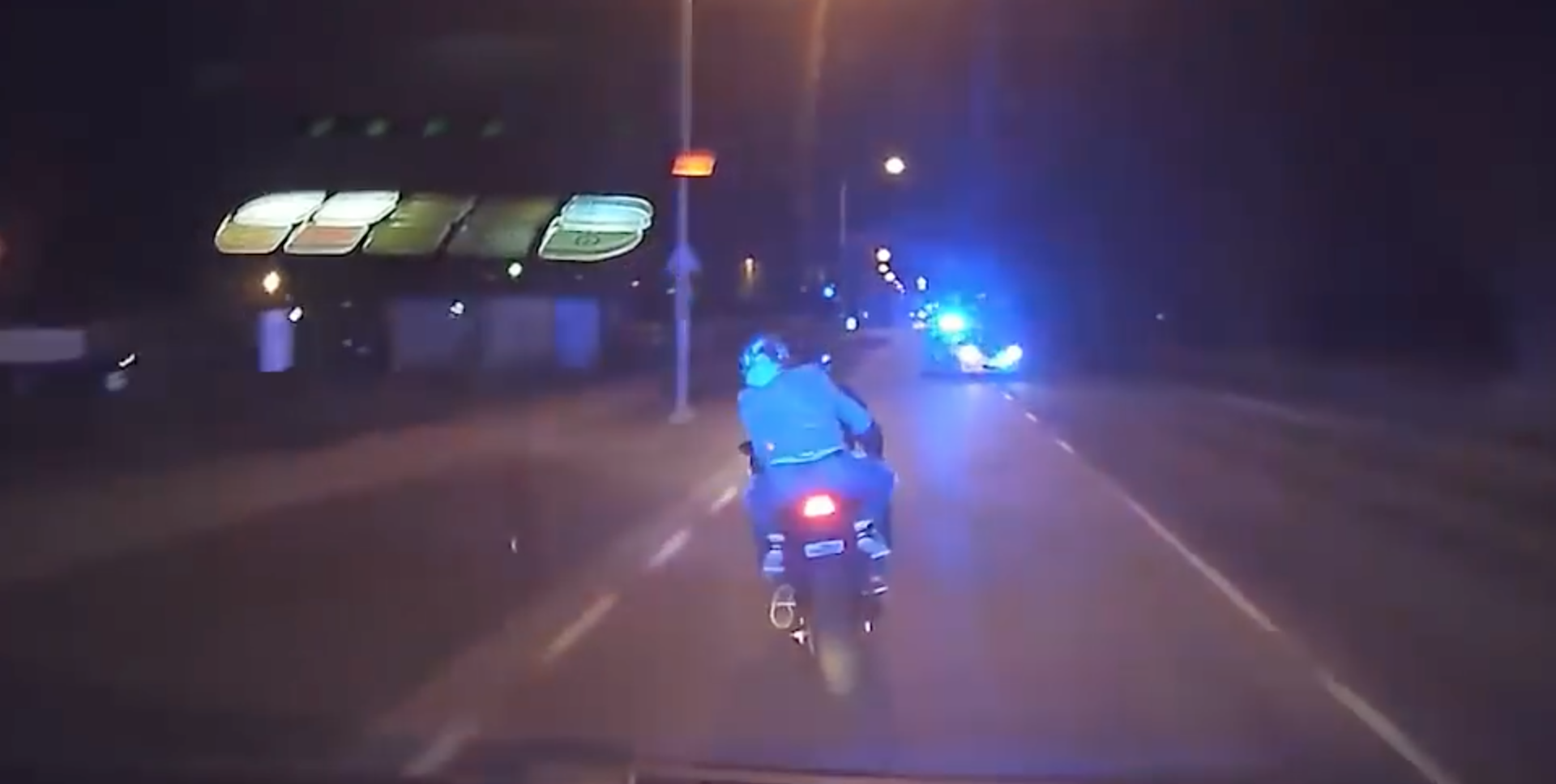 Well, this is certainly one way of destroying a BMW S1000RR…

The powerful bike with its two riders was being pursued by police in the Estonian capital of Tallinn and wasn’t hanging around to stop for them.

So instead of doing the obvious, safe thing and following the bikers for a while until they made a mistake, these cops just rammed them and nicked them.

And it was a narrow escape too, as the video shows, because the police van narrowly avoids driving over the riders. Good save? More like sheer luck.

In all seriousness, we are appalled by this police tactic, especially as motorcyclists are a lot more vulnerable than car drivers. True, the bikers raced away from the police after being clocked doing more than twice the speed limit (101 kilometres an hour on a 50kph road) and ended up doing FOUR TIMES THE LIMIT, but even so…

So what can we learn from this? Well, don’t speed (that’s kind of a given!) and if you see police trying to pull you over – especially in Estonia – then pull over immediately!