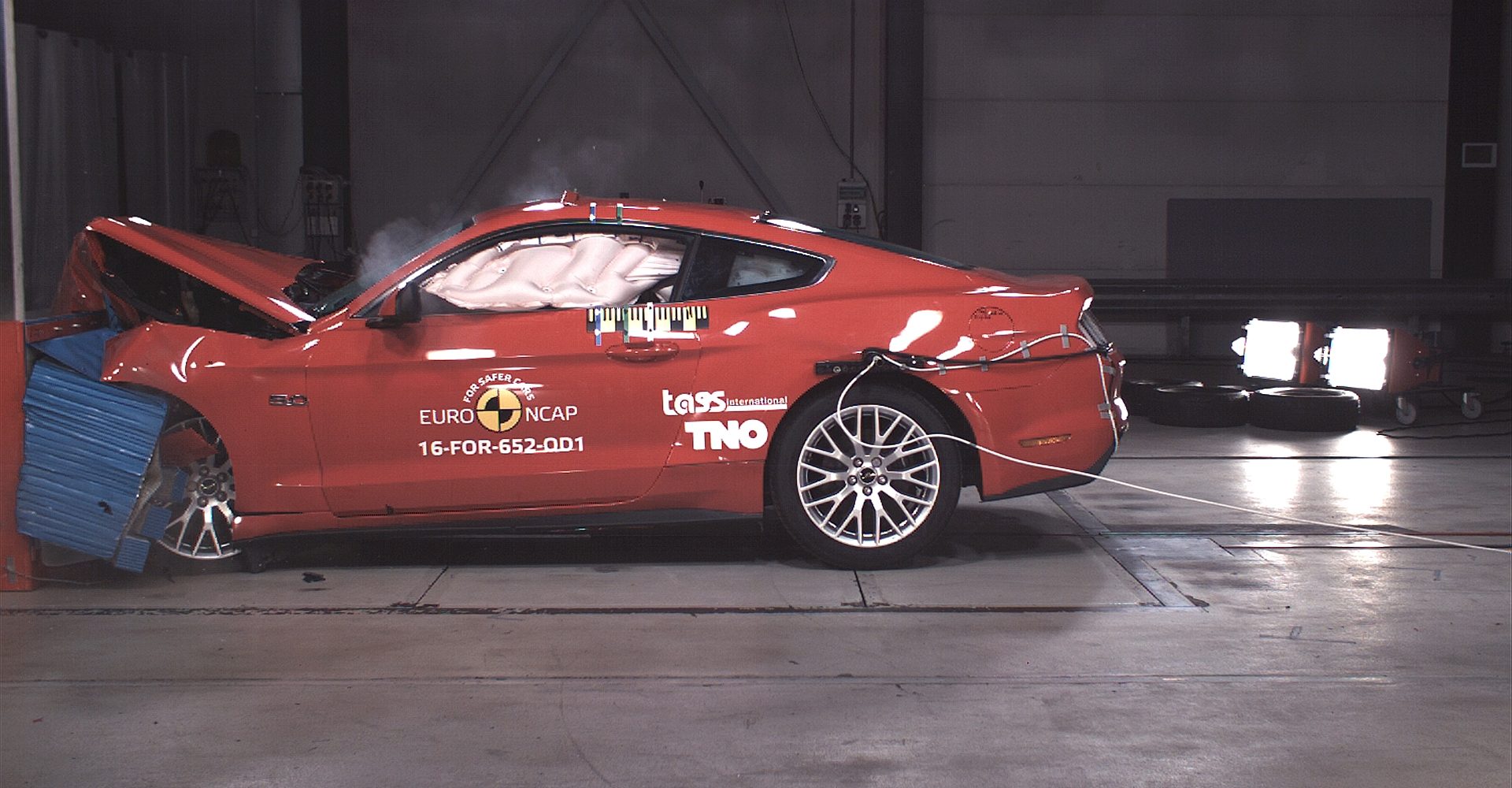 Cars these days are rigorously crash-tested to ensure that the consumer is as well protected as possible. As a result, most of the vehicles are given impressive four- and five-star scores by Euro NCAP.

The Ford Mustang has, however, managed to achieve just two stars – and this video shows why.

In almost every test the front of the car simply disintegrates, while the forces exerted on the shell seem to warp the headlining from the C-pillars.

This meant the protection for rear occupants was rated as either weak or poor in most areas, although protection for those in the front is actually mostly adequate or good.

The real problem is with child protection. There’s no Isofix point in the front, while the low roofline meant the child-sized dummies in the rear suffered some pretty nasty knocks on their plastic bonces.

Worse still was the almost total lack of safety assistance equipment. It did score points for its seatbelt reminder, but that was it. The result? A miserable 16 per cent score.

Take a look at the video below if you want – but be warned that you may never want to travel in a Mustang again.