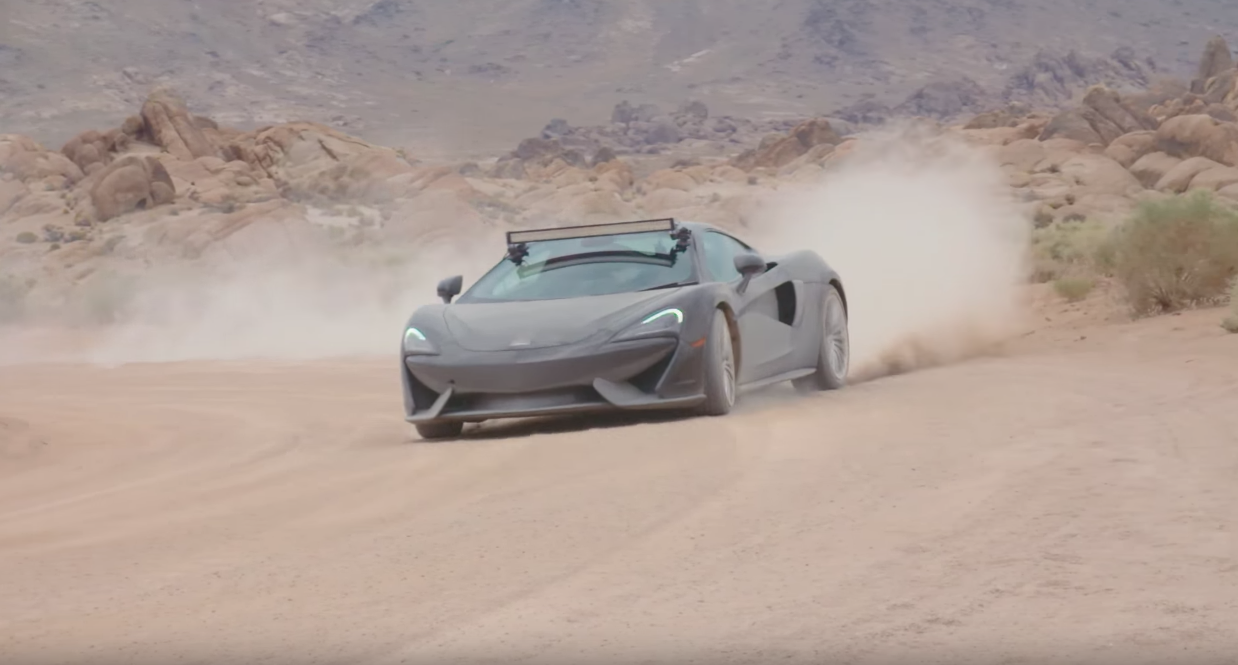 ‘We are about to do something insanely dumb!’

It’s not that the two guys in this video don’t realise that taking a low-slung supercar off road is probably a bad idea, it’s that they just don’t give a damn.

And while we wouldn’t like to be the ones footing the bill for the damage their little adventure likely caused, we’re totally glad that there are people who laugh in the face of mechanical sympathy and five-figure repair bills. Why? Because the result is epic.

Mike Tornabene and Zac Mertens – the latter of whom describes himself as an ‘accidental amateur stuntman’ – are the hosts of GnarPM, which is a car show by people who don’t know much about driving but are willing to learn… often with scant regard for their own safety.

In this episode, we see what happens when you take the 570GT, which McLaren calls the practical version of its entry-level supercar, on a camping trip to Lone Pine, California, in the Eastern Sierra region of the Sierra Nevada desert. There’s lots of drifting and laughter – plus plenty of swearing, so be warned about the latter!