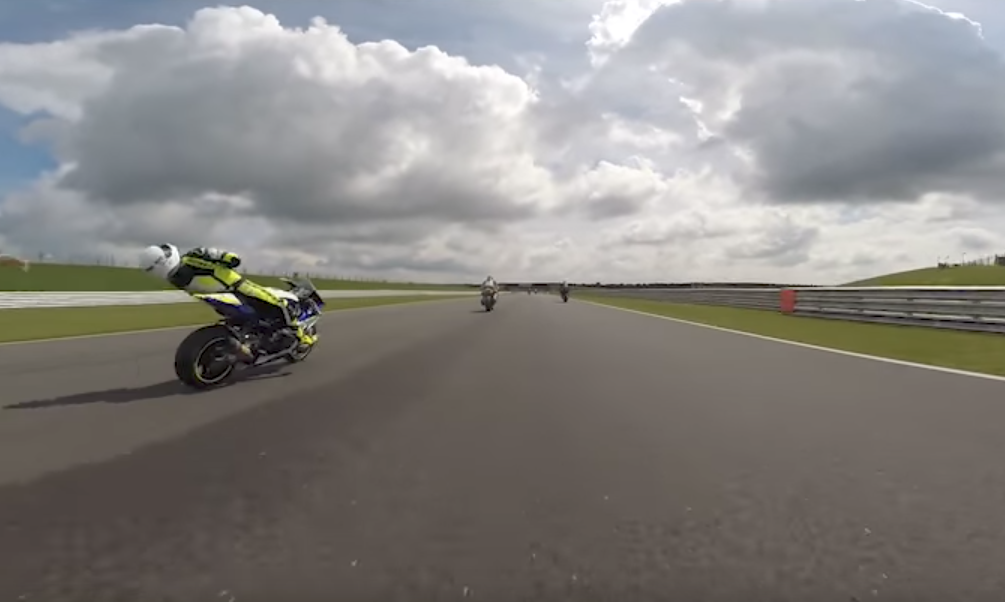 Whenever you’re at a race track, there are signs everywhere that say ‘Motorsport Is Dangerous’.

Every time you go on track, you know you’re taking a risk, but professional racer Josh Boyd probably never imagined he’d be hit by flying debris courtesy of shoddy maintenance.

Boyd was practising at Snetterton in Norfolk and accelerating down a straight section at more than 140mph when a piece of bodywork fell off a Kawasaki he was following.

The belly pan struck him on his head, knocking him unconscious. His BMW S1000RR continued uncontrolled and veered on to the grass, where it fell on its side, and Boyd crumpled in a heap as his bike rolled across the grass.

Miraculously, he survived with just a black eye and bad bruising, and later his racing team, Jones Dorling Racing, issued a statement saying:

‘Not what we wanted to be sharing with you all . . . An accident that could’ve been prevented through proper procedure and proper checks!!! Thankfully Josh is ok and will be back racing ASAP.’

Boyd himself said: ‘This incident was caused by carelessness from the owner of the yellow ZX10R. Properly fastened and secured bodywork doesn’t fall off.’

A huge thanks to everyone’s help so far, we are working together as a community to get Josh bike back together #BMW #snetterton #BSB #JDR https://t.co/RptNM5JPbK

Most of the horrifying accident, which happened at the weekend, was captured on camera:

It’s unknown what action is being taken against the owner of the Kawasaki but all of us here at SuperUnleaded wish Josh a speedy recovery.